What I Learned From Having All My Money Stolen 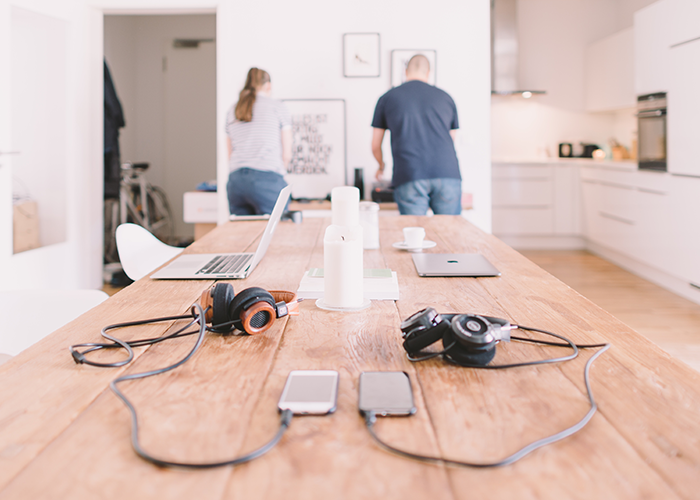 In my first year out of school, my approach to money management was to ignore it completely. I had my paycheck set to deposit directly into my checking account and all my bills were set to auto-deduct from that same account. I was good at living frugally and slowly building my savings, but I rarely monitored my accounts. I avoided my bank, because I have a lot of student loans and I didn’t think I was in a place to consider investing or saving more aggressively.

A few months into ignoring my finances, my worst money nightmare came to life in line at the grocery store: my debit card was declined. I had enough cash on hand to cover the purchase, but I was in a sweaty panic for the entire drive home. It was the middle of the month; I hadn’t strayed from my budget, and should have had more than enough money to buy groceries. There was no reason for my card to be declined.

When I accessed my bank account online however, I found both my checking and savings accounts almost completely drained. The transaction log showed that in the past two days, thousands of dollars had been siphoned out of my accounts. All my money was removed in $500 increments, from ATMs in a city I hadn’t visited in months. I panicked and felt completely ruined.

It was a weekend evening and my bank’s 24-hour hotline couldn’t do anything more than cancel my debit card. I was at the bank before they opened Monday morning, meekly begging for help. I was surprised by how quickly they were able to look at my account and locate the source of the problem. While visiting a friend a few days earlier, I’d stopped at an unfamiliar gas station. Someone had installed a skimmer on the pump. When I ran my card, the skimmer sent my information to thieves who were able to imprint my account details onto a blank card.

The bank employee told me it’s a good idea to avoid using debit cards at gas stations, especially those you don’t frequent and trust, and to never enter your pin at the pump. I’d never heard this and asked if I was supposed to use cash instead. The teller kindly suggested a credit card, which is more difficult to defraud than debit cards, and if chosen correctly, can actually earn you money on gasoline purchases. I didn’t have a credit card. I’d heard a lot of horror stories and had always been scared of credit, but it didn’t take me long to visit NerdWallet and start comparing cards.

During that same bank visit, I learned how important it is to be informed about all of your bank’s services. When I asked why I hadn’t been notified of the large sums of money being withdrawn from my account, I was told that such notifications are an opt-in service. Similarly, money from my savings account had been moved into my checking account, as a courtesy provided to help avoid overdraft fees. I had assumed my bank would notify me if there was ever suspicious activity on my accounts. I never considered that the default options could aid in criminal activity.

Before the bank could reinstate my funds, I had to file a police report. That turned into an enormous headache and two-week circus of clerical errors. Luckily, my money was returned before the end of the month and I was able to pay my rent and bills on time. Personally, I can’t recommend opening a second checking account at a separate bank highly enough. You never know when you’ll get thrown a curveball, or a gas-pump skimmer, or just a system-wide glitch in your bank. Having backup funds immediately available in another account will go a long way to helping you feel stable and secure during a money crisis.

The people who defrauded unsuspecting drivers across my state were eventually caught and prosecuted, and I didn’t suffer any major or lasting financial damage. But I learned that financial crimes aren’t really victimless crimes. They can happen to anyone, and our money probably isn’t as secure as we think it is. But I could have limited the extent of the theft if I hadn’t been so willfully naïve about financial literacy. If I wasn’t so scared of going into my bank and asking questions, of using a credit card, and of taking an active role in the management of my money, I might have avoided some of the silly mistakes and opt-in services that led to literally all of my money being stolen.

Now that I have reframed my mindset and learned that I can make student loan payments while saving and investing, my overall financial health is in a much better state. In the (hopefully unlikely) event of another money theft, my bank will notify me quickly, and won’t hand my entire savings account over to the thieves. There are some financial bumps we can’t predict, but there are always things we can do to prepare. Those two weeks without any money were stressful and scary, but most importantly, they completely changed the way I think about managing my money.