How I Learned To Stop Worrying & Love Financial Math 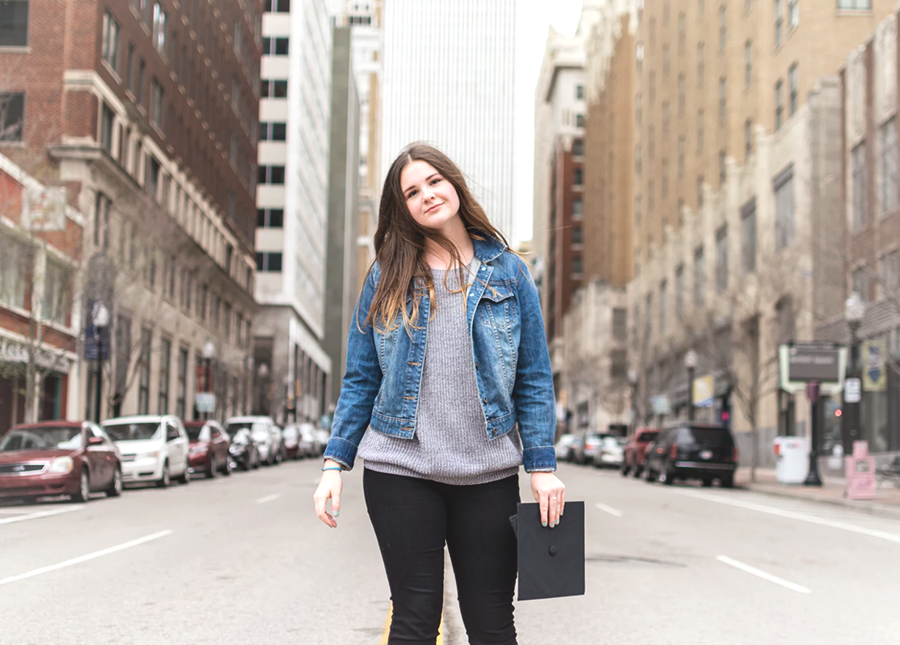 It was torture. Though I did ok throughout Algebra I and Geometry, once I got to Algebra II the wheels came off the bus. I listened to entire lectures on logarithms delivered in the voice of Charlie Brown’s teacher. I didn’t understand why it mattered, its practical application, why I needed it.

And to this day I’m convinced my teacher was a sociopath who derived great joy from my confusion. Let’s call her Dorothy Ball because her fucking name was Dorothy Ball (HOW YOU LIKE ME NOW, DOTTY?). She was one of those teachers who, instead of motivating students to give it their all, slowly crushed the joy of learning out of me and convinced me that I was a feeble-minded and frivolous girl for not picking up what she put down.

Clearly I wanted to learn math — or I at least cared about my academic standing — because I remember sitting through a meeting with my mom and Ms. Ball to come up with a strategy for improvement. I’ll never forget that meeting. With great pity in her eyes, she said, “It’s ok that you’re not good at math. You’re good at other things. So let’s just shoot for passing, ok?”

The callous harridan was right: I was good at other things. Like mentally eviscerating those who dared to condescend to me.

But, as we all know, I still needed math to survive.

I started walking out of that hateful crone’s class to informally meet with another math teacher. And with his different teaching style, it all clicked for me. Algebra not only made sense, it became addictive. I found my groove and I got with it. (Thanks, Mr. I. I’ll never forget what you did for me.)

I don’t want to deflect blame for my own stubborn adolescent aversion to math, but this reveals a bigger problem. No one effectively explained to me how math could benefit my life if I wasn’t going to be an astrophysicist or engineer. Not my teachers, not my parents. You’d think financial math would be a thing American public high schools drill into their students. And yet I was handed the reins to my own adult finances without a clue as to how to steer them.

No one taught me how to make my money work for me. No one taught me how to budget or invest. And nobody taught me that doing a little bit of easy math and planning could make my life exponentially easier down the road. A whole world of life-changing magic existed at my fingertips, but I was blinded because numbers were evil, boring, and painful (thanks again, Dotty). I didn’t end up destitute and buried in consumer debt, if that’s where you think this is going. Fortunately, I was too afraid of money to let it get out of hand. From an early age I at least understood “don’t spend more than you make,” which was at least enough to keep me relatively safe. 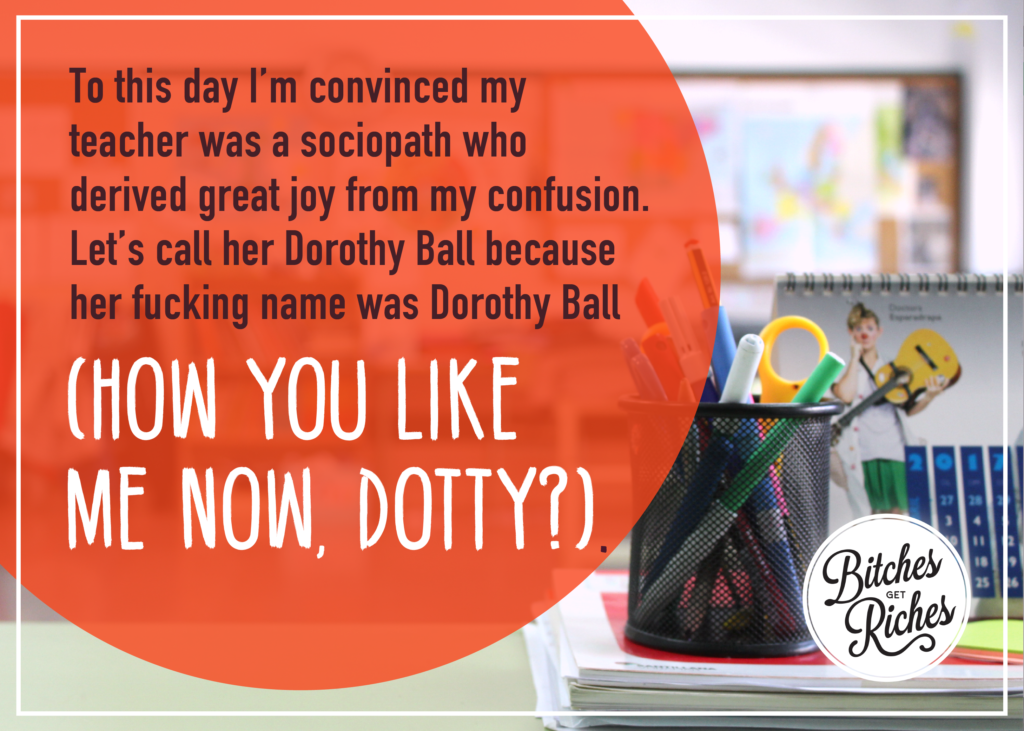 But my ignorance and fear still had a negative effect. I earned and saved without a plan. I did my job, I put my wages in the bank. But I was working blind. I made as much money as I could in my college years working as a nanny for rich white people who preferred me to more qualified immigrants. My checking account filled and I fretted nervously anytime I used some of it for basic expenses. I had no idea of the value of money, or what it could get me.

Like Lord Voldemort, my fear of money grew in the shadows while I dared not invoke its name. Maybe if I didn’t talk about it, it would stay dormant and unthreatening.

The value of money

I remember a conversation with Kitty back in the day. She’s always had a better grasp on these things (life in general, money in particular) than I do. Like me, she worked a grueling job. We were both looking forward to making Real Money at Very Important Adult Jobs after college.

“How much money do you ideally want to make after college?” she asked.

I had no fucking idea.

I literally did not understand the value of a given salary. I didn’t have any notion of the kind of annual salary that was required to live comfortably, buy healthy groceries, and pay my student loans while saving for retirement. I didn’t know what a house cost. I was raised in privilege, and my family never worried about money in my presence. Such financial maneuvering was way over my head at that point.

I needed like $35 for my monthly student subway pass and $700 for rent and that was the extent of my understanding. I shit you not, I was that ignorant, that in denial. But the conversation got my wheels turning. Ignorance is frightening as hell. Because when you don’t know things, you’re at the mercy of those who do. They can find new and exciting ways to fuck you over. And this is never truer than when it comes to money.

I got that Very Important Adult Job. My employer made me an offer on the phone: $23,000 a year including benefits.

Yes. I know. But again, I had no fucking clue what money was worth. I had just graduated and I didn’t own a car — I didn’t even understand what my monthly student loan payments would be. If I had, I probably would’ve negotiated for more.

Not only was I ignorant of the impact student loan debt would have on the rest of my life, but I’d always been told that if I studied hard, I’d graduate and quickly get a job with a reasonable salary and be able to pay back my student loans while building a life for myself without any difficulty.

Which is… not necessarily true.

And it was at that moment, when I had supposedly “made it” with my real grown-up job but felt so far from actually making it, that something clicked. I couldn’t be afraid of money anymore, and I couldn’t live in ignorance of its magical properties. I was responsible for myself, and nobody else was going to manage my finances for me. So I started reading financial blogs. I went to the library. I researched the actual cost of things like houses and cars and plane tickets. I found out about differing costs of living, the recession, the disadvantages of student loan debt, and just how screwed was my graduating class of 2009.

Slowly but surely, money began to mean more than numbers. It began to gain worth for me. I thought in denominations of my monthly rent. And I did the actual math to tally up my expenses—rent, groceries, student loans, gas—to see how much of my paycheck would be left over for anything else (normal Earth humans refer to this process as “creating a budget”).

And that little bit of financial math was super liberating. I definitely didn’t have a lot of money, but at least I knew exactly how much I didn’t have. What a revelation! What ultimate power within my grasp! I understood that I could either buy gas to get to work, or I could go out to see a movie, but not both. My money had definite limitations. All I had to do to keep afloat was stay within them.

I’m a long way from that first entry-level salary now. But I’m so relieved I took the time then to educate myself, to break out of my cycle of financial ignorance before I had more assets to my name. Once I wrapped my head around the concrete meaning of my money and all the possibilities it opened up for me, the rest followed. The fact that I am now one half of the bitchiest blogging team in the personal finance blogosphere should stand as proof positive that I have set aside my ignorant youth and truly learned to love financial math. Now I love nothing more than calculating the compounding interest on my index fund. I’m a homeowner and I put a little extra toward my mortgage every month. I paid off my dreaded student loans in record time. I’ve hacked my grocery budget to within an inch of its life. People come to me for financial advice! Behold my award-winning money blog!

In your face, Dotty.