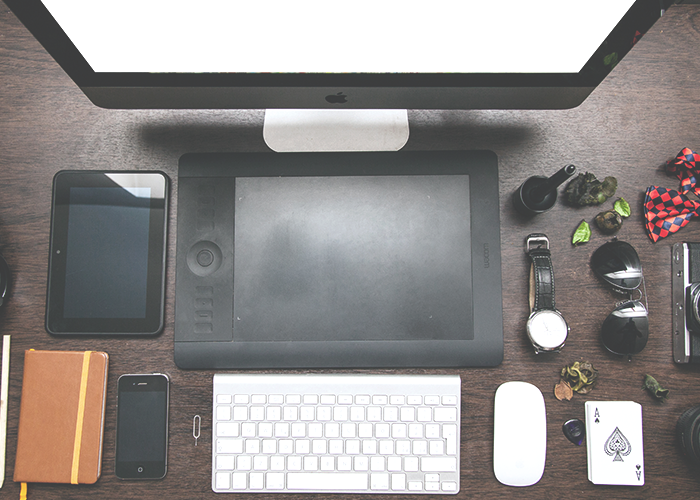 A year ago, a viral story was released about this man: a 23-year-old working at Google, one of the world’s best companies to work for (yes, especially salary-wise), who lives in an old truck on a parking lot.

Leaving my Airbnb in Silicon Valley that morning, when I told the hosts who I was going to meet that day, they thought the guy was crazy. And so did I, for a moment. We chatted jokingly as we painted images in our heads of how this virtually-homeless, miserly penny-pincher would look like.

I eventually arrived at Google. Once I’d stopped being overwhelmed by the wonder of the campus, I was met with a surprise. Brandon [last name withheld for privacy], my subject, was extremely well put-together. If I didn’t know better, I would’ve confused him for the owner of the Tesla S parked nearby.

This made me even more curious. How does a guy in the age of our social media, who is good looking, smart and works at Google deliberately choose to destroy his social credibility by living in a truck? How much of a scrooge does one have to be to get to this level?

We sat down for lunch — they have delicious gourmet food freely available for Google employees. And I impulsively posed the question: “What really happened in your life that made you such a scrooge? Did your parents go through a financial crisis that made you afraid of spending money?”

He gently shrugged as he laughed — a gesture you’d expect from someone who has heard this question only about a million times. “Well, my family is actually the total opposite of how I am. They are not very smart with money. I’m pretty sure my dad’s retirement strategy is actually just to die. My mom, pretty similar in a way. She keeps the balance on her credit cards. She’s currently financing a Hummer that she doesn’t need. They are renting a small apartment. They have a 4k resolution television in the bedroom and in the bathroom, which cost several hundred dollars. And I do all the taxes for her. I know she doesn’t make enough money to really afford these things. She also just bought a brand new bed that moves in and folds up, and it vibrates and all these unnecessary things.

“So turning things around and being minimalistic is a very dramatic departure from how my parents live…I kind of came up with this idea when I was still an intern at Google. I was like, I live in an area with enough interesting things going on that it doesn’t make sense for me to stay in a small room, which costs $2,000.00 a month, watching Netflix, when there are so many other things I can do. All I needed was a bed.”

During our conversation, Brandon told me how, as a Software Engineer, working for Google was his dream job. I had to find out how getting a job, which is a dream for many, could be so divorced from the lifestyle of well, having your dream job. Didn’t he have Facebook or Instagram or Snapchat? He laughed again.

“Okay, so it’s really funny. So living here you would obviously have to afford to live here, since most people work in Tech. I actually have a friend who started at the same time as me. Same salary. Same job. But the first thing he did was to finance a Subaru brz. He also bought himself a Ducati. And got himself a nice apartment. And I mean for him that’s great. If that’s what makes you happy then by all means. I wasn’t pressured, because I figured that if I’m going to live in a truck, I’ll be that guy anyway. So I might as well do things my own way. I mean with all the money I’ve saved up till now I could just sell all my assets, and buy a Corvette cash right now if I wanted to. With no financing. Just buy it. But think I’m more comfortable with doing what makes me feel truly happy.”

A big part of what makes his lifestyle possible? “I don’t have Instagram. That’s one of my biggest secrets. So I don’t have to see people flaunting all their things.

“Also, there are a lot of studies that show that regardless of the event that makes us happy, after a certain amount of time, our happiness will always come back to this baseline. Because millions of years of evolution have trained us to be really good at adapting to a situation regardless of how good or bad it is. If you need to live in a cage, your body is going to deal with it. So if buying things is only going to cause us a temporary spike in happiness and then you’re just going to return to this baseline, then I don’t need to chase that thrill. I’m fine just sweeping out the dust in my truck and soaking up the sun on a nice cozy Sunday morning.”

Brandon has savings in excess of $50,000.00, which is way more than the average American. The guy’s a serious investor who plans to retire early. He’s got savings stashed in his 401k, some money in his IRA, and a few other investments with tax incentives. He also invests in international stocks. “I have a pretty by-the-books retirement plan,” he says. “But I’m glad to be starting it early. The goal is definitely to retire by 30. And then do a lot of traveling. At this rate I could retire with a little over $1 million.

“The thing is, there’s no magic bullet. In the US, we’re always looking for instant gratification. It’s always like you know. ‘Lose 30 pounds in six days,’ or something. It’s never, ‘Eat right and exercise and you’ll be ripped in five years.’ People don’t want to wait that long. We want things now. We want things instantly. People don’t understand how most good things take time. If you spend a dollar now, it’s gone. But when you invest a dollar, it’s now working for you 24/7-through dividends, through value. It’s actually working for you.”

I had to conclude our meeting by asking him what the biggest hurdles anyone who would consider converting to his lifestyle would face. “Nothing can prepare you for not having a fixed point in your life. So the hardest thing will be closing the door of your apartment. A house is a very solid thing. It’s a lot of cemented steel. So you don’t have that anymore. Adjusting to that can take a while.”