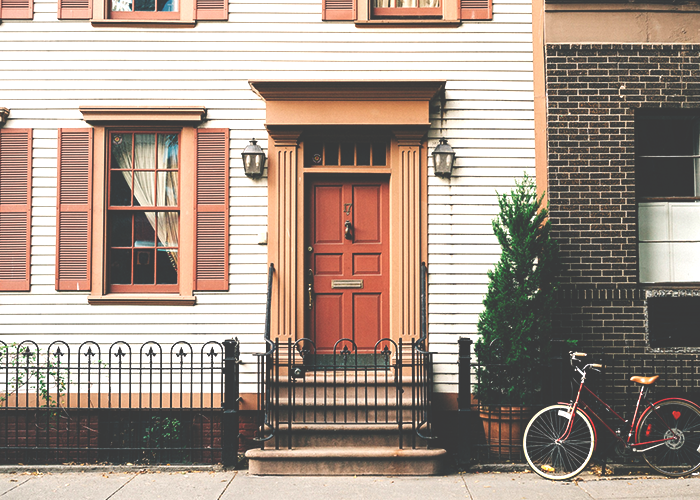 Living with roommates can be tricky — we all know that. Unfortunately, if you’re young and single living in a big city, unless you’re a literal millionaire, they’re almost as necessary as the air you breathe. In my experience, everybody in London spends the better part of their twenties, if not longer, sharing a flat with friends and/or strangers. Some feel better going with the latter, others the former. I’ve been particularly unlucky with both combinations, and in the three years that I’ve lived here, I’ve moved seven times. I know, right?

I can attest it’s been a nightmare from both a financial and emotional standpoint. Stressful, of course, but not just that; living out of boxes, being forever on the move, never truly feeling like you have a home — all of it does something to you. It affects your mental wellbeing, and prevents you from focusing on what really matters, because you’re just so frustrated all the time, and anxious about next time you’ll have to move.

1. Don’t live with students unless you’re a student. And even then, seriously, I’d urge you to reconsider. Until I moved in with students, I had no idea that it would entail bags upon bags of trash in the hallway, dirty pots everywhere (including a cupboard, which, ew), shaven hair in the bathtub (double ew), and no possibility of having friends over for dinner without feeling like you’re inviting them into a pig’s den. Not pretty.

2. Don’t share things that you all use in different measures. Oil, tea, washing powder, shampoo

, etc. This problem I’ve only encountered once, but it was enough for me to make up my mind: my roommates informed me, as I moved in, that their policy was to share all of the aforementioned items, and naive me didn’t have it in her to disagree. I did, however, realize it wasn’t a good idea a week into it, when I noticed I’d barely touched half the stuff and already it needed to be replaced — which was a silly, unnecessary expense I could have easily cut out by only buying and using my own.

3. Set a cleaning schedule; write it down

, and hang it up on the fridge. That way, there’s no need for passive aggressive scrubbing ’n’ scoffing when, once again, the floor is sticky and the mirrors are dusty. We’ve all been there, and it makes for such an uncomfortable situation — easily avoidable when your name is staring right at you every time you go get milk from the fridge.

4. Set a “buying toilet paper, kitchen roll, soap, cleaning product” schedule. Write it down and hang it up again to avoid misunderstandings, and ending up feeling like you’re always the one replenishing the cupboards.

5. Have a moving service on speed dial, or get a friend to help you move the boxes. It’s gonna save you time and avoid you stressing out when the date gets closer and closer and you still haven’t made arrangements.

6. Don’t be nice and agree to pay more than you should for a room just because your roommates may want/need to pay less. If the room’s not worth it, it’s not worth it, and a higher price is going to make it so much harder to find a replacement, should you need to move out before your contract is up. I’ve had to try and find a new tenant while in another country, and was told repeatedly that the only problem was the price — which I’d only agreed on as a favor to the other roommates.

7. Don’t throw away your moving boxes

. They really don’t occupy much space, but they will come in handy at some point.

8. Label your boxes when you do move. That way, you won’t go crazy trying to find things once you get to the new house.

. It will prevent them from leaking inside the box.

10. Don’t spend as much as you “can” on rent. Spending most of what you make on rent seems like a good idea in theory, because you can get the “most” apartment, but it will come back to haunt you when you’re up late wondering if you’d be better off in a smaller room, but able to afford nice dinners out with friends. Personal preference, definitely, but, just a heads up: you will wonder. A lot.

11. Don’t mix house and heart. I fell for my (admittedly handsome) roommate two months into living together, and had to move when he got a girlfriend three months after that and started hosting date nights at our dinner table/on our living room couch. Would not recommend.

12. Don’t move out of the way from everyone else. Upon moving to a big city like London, you’ll quickly find that area is key. Not just because it’s going to be where you primarily hang out (trekking 30/45 mins every time you want to get a drink gets old very, very fast), but also because friends who live close by are going to be your best friends — don’t isolate yourself. Also, don’t move close to people you know won’t be any good for your wellbeing. Take care of yourself, and surround yourself with people you can feel at home with.

13. Don’t get mixed up in roommate drama. Two of my roommates once had a fight so big that they didn’t speak to each other for a month. Refusing to get involved and still being friends with each one, separately, was probably the smartest idea I’ve ever had.

14. Establish ahead of time whether yours is going to be a smoking or smoke-free house. Seems obvious, but rarely gets discussed beforehand, and ends up causing trouble later on.

15. Keep track of every dollar, every cent you spend on bills. It will come in handy, trust me on this.

Anna Myers is an actress / writer / singer / clumsy person navigating life in London. Her work has been published on MTV, Thought Catalog, Poets Unlimited, Soul Anatomy and Dear Damsels, amongst others. She loves dachshunds, the beach, and cries to a lot of John Mayer songs. She’s always up for a chat on twitter and you can find out more about her here.