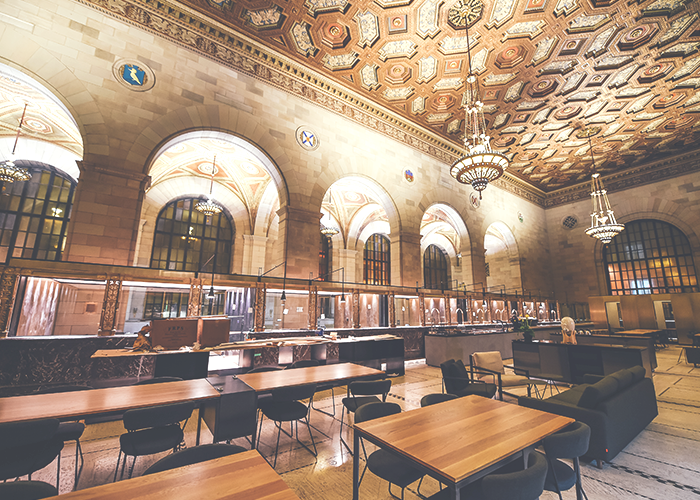 “Most people go through life using up half their energy trying to protect a dignity they never had.” — Raymond Chandler

I was 17 when my parents sat me down and laid all their cards on the table. At the time, I was trying to decide between attending college in Canada, where I could pay domestic rates, or the States, where tuition was three-to-four times the price. I had gotten accepted into prestigious schools in the U.S. Chicago. Berkeley. Columbia. Dream schools.

That’s when my parents broke the news: they couldn’t afford to send me to the States. They opened up about everything: how much savings they had in the bank, how much debt they were carrying, how much they still needed to save for my brother, and how much they could realistically afford for my education. They gave me a choice: I could stay in Canada, and have the majority of my education paid for (after scholarships), or I could go to the U.S., and take out loans to make up the difference. More importantly, they broke down the consequences of each choice.

In the first scenario, I would come out of college with zero debt. In the second, I would be like most of my peers, struggling under the burden of debt after graduation. It would be a decade or more of, essentially, indentured servitude. They asked me what price I would put on my own freedom. What was the next decade of my life worth to me?

Was I devastated by what they told me? You bet. I was furious. Who turns down Columbia? Are you kidding me? But the two paths my parents laid out for me were clear; I couldn’t deny the logic.

Looking back on it now, that level of transparency was the best thing they could’ve done for me. It couldn’t have been easy for my parents to share their financial struggles with me. Imagine the shame they must’ve felt to tell their kid they couldn’t afford to send them to their dream school. But you know what was more important to them than their own ego? Their son knowing exactly what his options were.

How can we, as millennials, ever learn to make good money decisions if nobody’s ever shown us what our options were?

I ended up graduating from a top Canadian school with zero debt, and was lucky enough to get a well-paying job straight out of college. Since I knew the financial strain my parents were under, I ended up paying for the last two years of my brother’s education so that they could start putting more towards their retirement. Isn’t that what a family is for? No secrets, no shame, and a willingness to face our problems together. To share in the burden of life.

Maybe I’m being too much of an idealist. Maybe I’m imagining a perfect world where every family can get together to sing kumbaya around the open communication campfire.

Sometimes I imagine the life I could’ve had. What if I had gone down the path that most U.S. millennials were forced to go down? I would still be in debt today. I would’ve taken the first job offered instead of holding out for the one I wanted (or thought I wanted). I wouldn’t have quit my corporate job to pursue writing full time. I wouldn’t have a two-year fuck off fund. Worse, my brother would probably have followed me to the States, and gotten into a similar amount of debt. My parents wouldn’t save enough for retirement. My brother and I wouldn’t have enough to take care of them.

And on and on goes the cycle.

I read articles like “The Secret Shame of Middle Class Americans” (from The Atlantic) and wonder what if. What if the writer had told his daughter he would have to clean out his 401k to pay for her wedding? Would his daughter have let him do that to the family? Her family.

More so than knowledge, I think the lack of communication around money is one of the core issues facing lower-to-middle class families today. And it seems like the more troubles a family has, the less inclined they are to talk about them. But how do we learn anything if everyone’s afraid to address the problem? To move past the shame to something more constructive? The problem doesn’t go away if we don’t talk about it. We’re just kicking the can further down the road.

Instead, why not take the first step and start with something we can control?

In the coming days and weeks of the new year, sit down with your families or significant other and share everything you’ve been afraid to tell them about your finances:

1. What am I struggling with?

2. What worries me about the future?

3. What steps am I taking to address these issues?

Ivan is a writer based in Los Angeles. He and his wife run a minimalist lifestyle blog called The Origami Life. It tracks their progress to September 2018, the month they plan on selling their worldly possessions and embarking on a global search for the simple life.