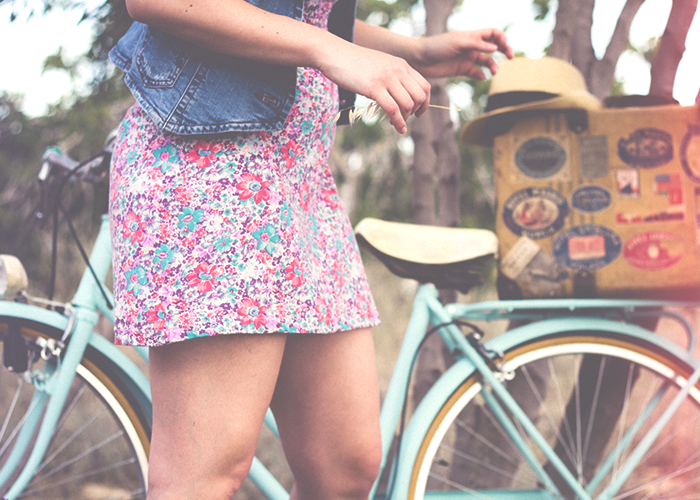 Three days ago, I turned 22. A friend of mine made a (cruel) joke on the night of my birthday, saying something about how scary it is to look toward the future in your early 20s and realize how freaking expensive life is about to get. I was reminded, although I truly didn’t want to be as I was trying to enjoy my night out at the bar, of how I’ve reached that age where my financial responsibilities are becoming real, and are now entirely mine. I laughed with my mouth and voice, but damn if I wasn’t completely dead in the eyes the entire time.

It is sometimes intimidating to be in very early adulthood, and also be so deeply involved in the money conversations that are being had every day here at TFD. I have a voice here, which is kind of scary because it is also often pointed out to me that I might not have the experience to tell any story or offer any advice that has a solid basis. The truth is, I don’t really have comprehensive knowledge about money.

When I started making some of my own money for the very first time, I always tried to tuck it away in my checking and savings accounts, or sometimes piggy banks. As my babysitting pay rate creeped higher and higher, to the point where I was sometimes making over $700 a week between my “little” side jobs, I always tried to make monthly budgets (although more often than not, they were scribbled on pieces of notebook paper and hardly helpful considering the fact that I didn’t have many expenses, and therefore was really lax about actually sticking to the budget) and tried to keep track of where my little bits of money went. But somehow, the number never felt big enough to treat like Adult Money. So I blew through it.

I’ve always had the desire to have a good handle on my money, but as it turns out, it feels really hard to handle your money in a good way when you don’t really feel like you have much. The feeling that I didn’t really have enough money to be truly ~responsible~ with (by, for example, saving or investing) was usually the thing that would halt my will to keep a really firm grasp on my financial situation. This was true for me even when I was earning a (by 20-year-old standards) large amount each week. I always figured I was exempt from trying to to be responsible with my money, because I wasn’t old enough, and didn’t have enough for it to matter yet. I figured saving for the future could just be Future Mary’s job. Future Mary will have real money to care for, and she’ll deal with it all then. Present Mary was always just waiting for the account balance to get bigger, and more worthy of treating with respect.

It is kind of like this: when I was in high school and at my most insecure, I felt a little soft in certain areas of my body, and always wanted to shed a few pounds for a more toned physique. But for some reason, I never really seemed able to commit hard enough to achieve my desired level of physical fitness. I watched weight loss shows on television like The Biggest Loser and thought hey, that doesn’t look hard. To lose that weight, you just have to restrict your diet by a lot, and exercise more. I figured that the reason I wasn’t tightening up my problem areas properly was because I simply wasn’t big enough to be able to lose weight. If I ever gained more weight, I’d rise to the occasion and find a way to effectively lose it.

I had a friend with similarly (and hilariously) problematic thinking. She justified her unhealthy habits one day by saying that being unhealthy now was okay, because if it ever became a problem, she would just stop eating Cheetos and the problem would fix itself.

I find myself now getting trapped in that stupid way I used to see weight-loss when it comes to money. I justify any reckless spending by saying hey, I don’t have much money anyway, so what harm could it possibly do if I spend it foolishly? One day, far in the future, when I actually have real money, I’ll learn how to save it and spend it wisely. Just the same way that one day when I have real fat on my body, I’ll be able to lose it properly. Or when I have real unhealthy habits, I’ll be able to quit them.

So now, as I still live with my parents, but see the financial responsibilities that come along with graduating and moving out on the horizon, I’m realizing more than ever that the planning shouldn’t wait. It shouldn’t have waited this long in the first place.

My scrap-paper monthly budgets should have been written, and followed. My babysitting/mall-employee income should have been documented and analyzed so I could at the very least take the pulse of my blossoming (albeit slightly grim) financial situation, and decide how I could best spend and save that money. If I even, at the very least, acknowledged the fact that the future was fast-approaching, I maybe would have thought a second before I said “Heck, I’ll spend this $50 on something stupid instead of saving it. This is just my 20-year-old play money; this isn’t the real stuff yet!” instead of buying into my flawed thought process and blowing through the “meaningless” cash that I could have been piling up all this time.

I think back on the money I was making throughout my late high school and early college years, and wonder where it all went. There was a point in time where, between steady nannying, slinging overpriced bras at Victoria’s Secret, and side-gig babysitting, I was making nearly $800 a week while in school. That is thousands and thousands of dollars I could have been saving up while I was so young I hardly even needed it yet. But where did it all go? A little of it went towards school, but in-state commuter tuition at my university isn’t too pricey after my scholarships are applied. I bought a car at one point, but made sure to spend less than I had in my account, because I wanted to keep a nice emergency fund leftover. Somewhere along the line, I chipped away at the money, and didn’t even really keep track of where it went. The future that I’d always wanted to plan for was disregarded in favor of a lifestyle that paid no mind to the fact that I even had a fast-approaching future. Maybe if I’d acknowledged my financial future in a more serious way earlier, I wouldn’t have been stopped dead in my tracks by my friend’s mention of it the other night.

To give myself credit where it is due, I do have a savings account that I’ve starting rebuilding recently, a checking account that I try not to let get too low, and a very controversial jar of extra emergency cash that lives in my bedroom. I have spending and saving regrets, and I am definitely a Recovering Financially Irresponsible Young Person, but this is all part of my journey to have a better, brighter financial future. This story serves as a cautionary tale, and illustrates something that all people, young and old, do a great job of ignoring sometimes: the future sneaks up a lot quicker than you ever expect. And the future will likely require you to have a good amount of money.