How To Manage Your Life & Money When You’re Overcommitted & Overwhelmed 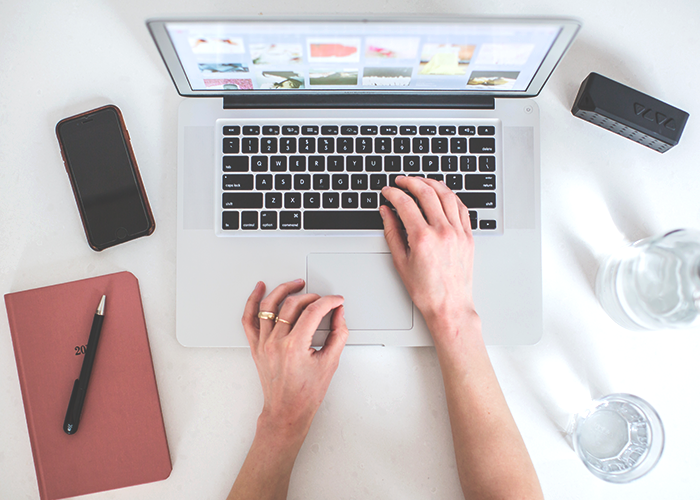 I remember waking up feeling like a failure. A tired, stressed, defeated failure.

No major event had happened to spur this feeling. I hadn’t lost my job or ended a relationship or put on weight. Instead, it came to me in small enough pieces so that I had no idea what I was heading towards until the last puzzle piece was in place.

I had just transitioned jobs, and was still in that limbo where I felt like I had absolutely no idea what I was doing. I was trying to maintain a home I couldn’t keep up with. I had started my blog, which was a stretch, as I had no knowledge of how to run one, and even fewer web design skills. Oh, and I was attempting to keep up with my five-day per week workout routine and eat healthy and go out on the weekends and throw killer bachelorette parties and keep up with my laundry. And for the first time, I felt like I was completely in over my head.

But you can commiserate, right? You know the feeling of drowning, because you’ve lived it just like the rest of us have. In fact, according to the Dove Self-Esteem Fund, 7 out of 10 girls believe they are not good enough or do not measure up in some way. 70 percent. And **surprise** it doesn’t end there. Information provided by the Heart of Leadership also shows us that:

It’s like that scene out of Mean Girls in the gym, except instead of being personally victimized by Regina George, we are victims of society, the pressure it puts on us, and the pressure we put on ourselves. And while for teens it mostly centers on looks, as you get older, this also branches out to your home, career, and relationships. And it’s heavy.

A little while after my moment of self-defeat, I was invited to attend a luncheon where Anne-Marie Slaughter was speaking. If you haven’t heard of her, she’s the author of “Why Women Still Can’t Have It All,” an article that sparked a lot of controversy and discussion when it was first published in 2012.  I listened to her for an hour talking about the restrictions of traditional careers, how climbing the ladder should be more like navigating a weird irregular staircase, and figuring out what you really want. And my thought when I left was this:

Finally, I had been given permission to not be perfect, to be okay with not having it all. And by a successful woman who had lived in the trenches at that. Halle-freaking-luia.

Both in her talk and her article, she spoke to the fact that as society stands today, it’s almost impossible to have it all — the career, the family, the social life, the perfect butt, amazing chef skills. Because at some point, one of those is going to take away from the other, and there isn’t enough time in the day to do it all. Period.

After that day, I realized that I had let go of that strive for perfection that had taken up shop in my brain so many years ago and allows some things to just fall by the wayside. It was the first time I actually admitted to myself that I simply couldn’t do it, and surprisingly, it was also the first day that I was actually okay with that fact. I sat down, had a real conversation with myself, and figured out what was going to take priority for me. A super clean house and immaculate yard? Nope. Building my blog into a real business? Yes.

And it was highly liberating. Giving yourself permission to fail, at least in one aspect of life, allows you to start on your own pursuit of happiness. Most of the time, chasing perfectionism is only done because you’re trying to live up to someone else’s expectations, not your own. And trust me, continually trying to impress others is exhausting.

The same can be said for your money.

Many times we spend money on things — not because we prioritize them, but because others do. Do this exercise:

Write down your top three priorities, whether that’s to pay off debt, invest in a relationship, or take charge of your health. Then, take a look at your bank account or your budget and see where most of your cash is going. Is it reflective of what you value most?

That’s what I thought. And it’s okay — I catch myself there sometimes, too. This pursuit of “doing-it-all” has not only consumed our daily routines, but has trickled its way into our money situation as well. As millennials, we believe we’re supposed to look, play, and live a certain way, and ladies & gents, that costs some serious $$$. Serious $$ we just don’t have, especially when since we’re in the midst of a little thing called the student loan crisis.

In order to essentially “have it all” with your money, you have to understand that you can’t. You can’t become financially free if you’re straddled with debt and taking elaborate vacations. You can’t chase your passion and quit your job if you don’t have an emergency fund in place. You can’t buy an Audi on a starter salary and also try to rapidly build wealth.

You need to figure out what you value most, and allocate your money to pursing those interests.

If you love travel, then you may have to pass on upgrading your vehicle. If you want to become an entrepreneur who owns their own business, then paying off debt will take precedence over new clothes every season. Yes, you will be giving up some of your wants, but in the end, you will have brought more value to your life by getting all of what you truly want than getting only a little of everything. And the best part? You are the one who chose what those top values are.

Learning to be okay with less-than-perfect was a hard road for me (and may be for you, too), but it was one of the best lessons I’ve ever learned. Going after what you value, both in life and in your money, allows you to chase your passions, not someone else’s. My house is a little messier, my workouts may be fewer and farther between, but I’m pursuing what is most important to me. And I’ve never been happier.