How Much I Really Saved By Living In Crappy Apartments 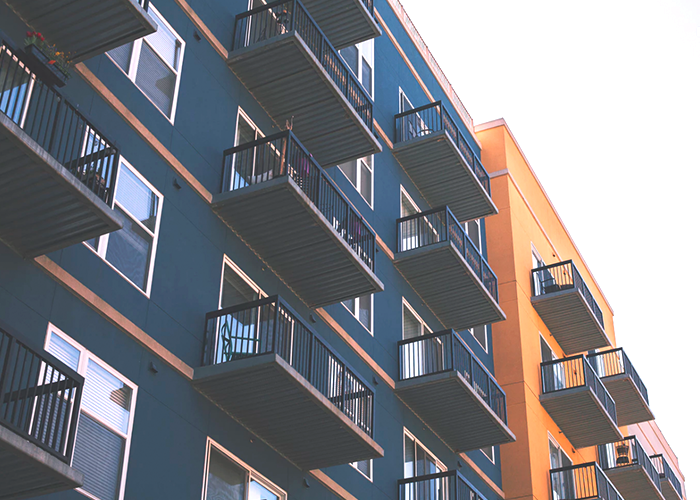 My husband and I were able to “purchase” a home in Denver (well, 5% of a home) after both of us completed grad school and worked for 1.5 years. Even with our massive student debt, we were able to scrounge the money together for the down payment, origination fees, inspection, sewer scope fee, and closing costs. Our tactic for getting there? Live in the cheapest possible apartment we could find and save every penny.

We started in Denver with literally no money. My husband was completing his PhD in Florida, and I was left alone for the first three weeks to set up the apartment and start my very first teaching job. At one point, my husband had to wire me $500 so that I could buy food, have Internet set up, and replace a ruined phone. (I later learned that this money came from a small loan ($5,000) he had taken so that he could visit me while in grad school in North Carolina.)

Our first apartment was a one-bedroom, 500 square foot (questionable…), first-floor haven costing us $875 a month including heat and pet fee. For Denver, this is a steal. We took a pretty big risk in renting it, given that it was directly next to a major road, in a city we knew nothing about, and the landlord seemed sketchy as fuck — especially when we were paying first and last month’s rent and he was unable to produce any type of receipt.

This apartment was, in a word, terrible. The street parking was not free before 6 PM, so we always were paying a couple dollars to be able to park close. As a teacher, my day ended at 3:20, so I could get home early and get a reasonably close spot for a fee. It was an incredibly tiny space (I was living with a 6’4” male and a 75-pound dog) and my husband loves to cook, brew beer, and make sticky messes in general. We also lived on the first floor with a rather large bay window. This seems like a huge plus at first, but when you’re right next to a very populated area, you can hear people commenting on what you’re doing inside, and you feel super awkward. “Ooh look! They’re dancing!”

The biggest blow came when my dad passed away, and the next month we got BED BUGS. As if I needed more stress, we took out every piece of fabric we owned and washed it at the closest laundromat or threw it away completely. Our landlord sent in some guys to spray everything (including some questionable carpet) to make sure we wouldn’t have to deal with this again. News flash. We did. I know that bed bugs can happen anywhere in a city, but we had quite a few neighbors who were too afraid to report theirs since the building was so old and they couldn’t afford to find a new place. This definitely didn’t help the situation.

At the end of the lease, after having to call the police for reasons that I would rather not cite, getting bed bugs again, and dealing with the small space issues, we decided to look for a new place. Our lease luckily ended over the summer when I had time to contact Craigslist ads and look at a few more legit places.

In Denver, finding an affordable apartment can be pretty competitive. I ended up at a showing with three couples and one apartment. Since we were all vying for this sweet, wood floor (no bed bugs?) apartment, the landlord told us all to fill out an application with a $50 fee. He would give the apartment to whoever had the best credit score. Since I’ve been on a credit card with my upper middle-class parents since I was 13, and have never missed a student debt payment, I have pretty good credit — but this felt too much like the rat race for me, and I bounced.

I ended up going to a showing at a much bigger apartment (650 square feet) where you had to schedule a time. I scheduled the first 9 AM showing and as soon as I walked in and saw the high ceilings and stand-alone bathtub, I ran (literally) to the leasing office. There was already another person there for the apartment, and this time I decided to play the credit check game, and we got it! Our new apartment had an actual kitchen and also included Internet, heat, and pet fee for $1,075 a month. In most cities, $1,075 is not cheap, but we were so exhausted from searching and living in such a tiny apartment that we thought this was worth it.

After a few months, we had some more-than-horrible downstairs neighbors move in and ended up looking for a house earlier than anticipated. It was an incredibly stressful situation where the neighbors below us didn’t have a “ceiling” and would remind us daily of this by screaming at all hours of the day. It was an unfortunate situation for both parties.

Here is everything we spent and saved (financially and emotionally) by living in these shitty apartments:

Total Savings: Savings included not having to pay for heat for a year and a half, as well as Internet for half a year.

The difference comes to $4,085 in one and half years of renting. This made a huge difference in being able to make the leap into “buying” a house.

Overall, we were able to save what we needed to buy an emergency house for $335,000. As a teacher, I was personally able to save about $1,000 a month (due to my husband’s slightly socialist outlook on life that deems I contribute only 41% to the total household costs). In the end, it was worth it to put up with crappy neighbors, poor landlords, and other small inconveniences to be able to afford a house when we needed it most. We were incredibly lucky with our house purchase and have more than enjoyed the extra space and freedom ever since.

Karen is a science teacher living in Denver, CO with her husband and adorable pup. She loves budget spread sheets and traveling on the cheap.