My Costco Addiction: The Good, The Bad, And The Ugly 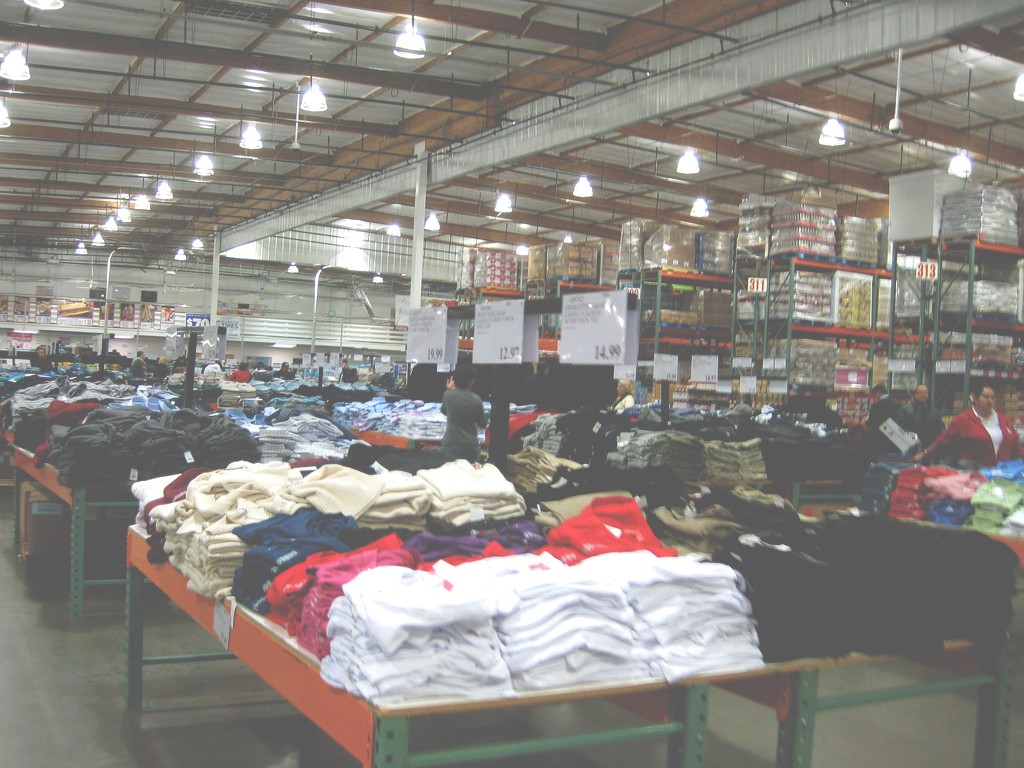 I’m addicted to shopping at Costco. I blame my grandpa — he had a Sam’s Club membership, which is not as cool as Costco because it’s owned by Walmart and is where Republicans shop (but that’s excusable because it was the only place nearby). He would buy literal troughs of Danishes and gallons of Tropicana OJ and eat the same thing every day for breakfast. His addiction to bulk shopping was so out of control that one time, he decided to get a bunch of green bananas and was told to put them in a dark, dry place so they would keep longer. He put them in the oven and then my grandma unwittingly preheated it. Disaster. It was he who exposed me to the wonders of bulk shopping.

However, it wasn’t until last year that I got a Costco membership, when I expressly asked my Dad to get me a membership as a Christmas present. I was ambivalent about signing up for a membership on my own at first, because I live in a two-person household, but I’ve found it worthwhile. If you want to cut down on the up-front cost of a membership, pair up with a buddy and split the membership fee, or get on the same plan as family member in a different state. I love my membership, and as you’ll see in the detailed list of products I love below, my Costco membership seems to have been either the best or worst Christmas present ever. Thanks Dad!

THE GOOD. Costco is, without exaggeration, everything that is good about America. First, the company is a model employer. Well before Obama-care and the living wage conversation became popular, they paid employees well and offered health and dental benefits that are second only to those provided by the federal government. I have all this on good authority from a federal agency lawyer I worked with, who worked part-time as a pharmacist at Costco. Basically, I wouldn’t mind paying top dollar at Costco because I feel that more employers should take a cue from them. Second, they have a plethora of reasonably-priced, quality goods. Below is a list of things that are an amazing deal for me at Costco.

THE BAD. I spend so much at Costco every month they called to offer me a higher-level membership plan. To be fair, I share a plan with my Dad and his girlfriend so it’s not just me racking up a high bill. I also recently bought a TV, baking supplies, and Christmas presents to bring over to family who live overseas where they don’t sell maple syrup or peanut butter, which upped my spending. But I can’t pretend I wasn’t warned about the likelihood of inadvertently spending $300 on one Costco outing, and I’ve made some purchasing mistakes that were the result of not reading the packaging or prices closely enough. This includes paying $5 for a watermelon (it was large but not totally ripe and I couldn’t eat it all before it got gross) and buying frozen cod from Russia (which I forced myself to eat in fish tacos, so I guess it wasn’t a total waste). But I’ve learned from my mistakes and now I read labels and prices very carefully, and I comparison shop. I also use the Costco app which allows you to clip coupons and make a shopping list. This helps me save money because now I’ll only buy non-perishable items when they are on sale/special, rather than waiting until I run out to restock items when they aren’t on sale. These small changes have helped me shave about $100 off my monthly Costco bill.

THE UGLY. I don’t normally buy snack food because I don’t eat it, but I know my boyfriend likes to snack, so when I go to Coscto I’m tempted to purchase all the delicious looking snack foods. I buy them for him thinking I won’t eat any and that the snack supplies will last forever. I think I am so savvy when I spend only $8 on a mega-sized bag of Kirkland Asian Rice Snack mix, only to find that three days later, the entire thing is gone. I am just as much to blame as my boyfriend, but this overconsumption isn’t ideal for our wallets or waistlines.

Costco has affordable, quality snacks (Pirate’s Booty, Food Should Taste Good, Boom Chicka Pop) but I’ve learned the hard way that if I have them around, I’ll eat all of them rapidly and in massive quantities. Regardless of how healthy quinoa and brown rice crackers are for you, eating five servings before dinner is not healthy. The lesson I’ve learned is that what is good value for your dollar at Costco may not be good value for your money. So I now avoid buying perishable foods that I can’t freeze, like greens and apples, at Costco. The quantities are just too large for two people to eat through. While I can store flour in my flour crock for a year, and toilet paper has no expiration date, there is no way that two people can eat five pounds of celery before it rots. And while I’m trying to avoid buying snacks altogether, the Kirkland Asian Rice Snack mix is still my vice, and I would gladly trade my first-born child for the chance to eat it on the couch with my boyfriend, in our underwear on a Friday night, while we watch epic fail videos on YouTube.