How I Was Nearly Roped Into A Pyramid Scheme & Avoided It 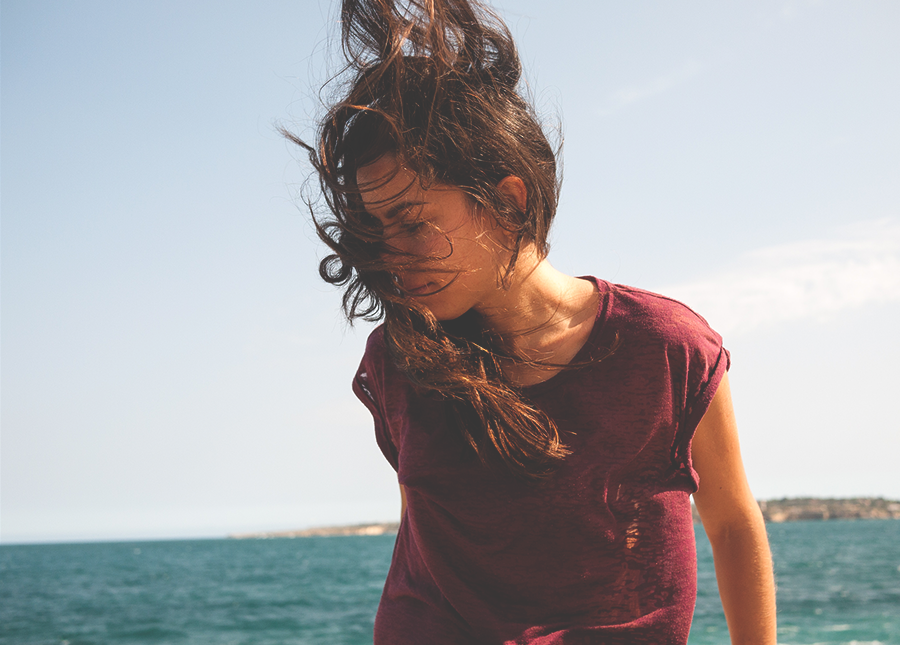 “Great pic of the Eiffel Tower [insert various emojis here]. Looks like you’ve got some awesome travel posts. Would love to talk to you about being a brand ambassador”

Brand ambassador? Like the shiny reality stars from Bachelor Nation and their #fabfitfun boxes? I have a general awareness of social media marketing strategies and did not see myself as the ideal #ad pusher, so the comment made me curious as to why she’s reaching out to me and what this brand ambassador role would look like. Even though something didn’t feel quite right. Still, I wanted to follow up and get more information. Curiosity killed the cat, as they say.

I want to pause and point out that my red flag should’ve been billowing in the wind right about now. A random person commented on a photo that I had posted of the Eiffel Tower. What does that photo say about me? Other than I have a talent for quick-witted captions, that particular photo demonstrated that I like to travel and, in the recent past, had enough cash flow to do so. Therefore, I was a good target; I have enough money to invest up-front and an expensive hobby that requires capital that I could put my newfound multiple-revenue-stream checks towards.

Anyways, I resigned myself to my curiosity. We DMed back and forth a bit, and I stalked her on all social media platforms. She mentioned that she worked with brands like Nike, Apple, and J. Crew, yet her own social media presence was dismal. I didn’t flat-out ask the name of the company that she’s associated with, but she definitely didn’t give it up, either. I was confused by the opportunity, so I agreed to a phone conversation for clarification. This also gave me a chance to make sure that she was, indeed, the person who she claimed to be on Instagram and LinkedIn.

The call started with get-to-know-you type chit chat that slowly moved into a discussion about the opportunity. She outlined that she was able to earn money simply by shopping for items she would normally purchase, anyway. I thought it sounded like ebates.com, but she was an “independent business owner,” meaning that she could recommend that others shop through this site and would make money off of their purchases, too. According to her, it was the company’s way of thanking her for building their presence in local communities that they could not reach on their own — a grassroots-type marketing activity. Naturally, my first question was, What is the website? I was sitting with my laptop in front of me, ready to type in the address and check it out myself. But she wouldn’t tell me. (Giant red flag waving directly at me.) Her response tiptoed around the question: “I know that this process can seem confusing. I think it’d be easier for you to understand if I could show you the platform in person.” I absolutely thought this was fishy, but I had too many questions about how this younger-than-me-millennial was making an additional $80k per year, so I agreed to meet her.

We met a few days later at a local coffee shop. She didn’t take out a laptop (odd considering the opportunity) and didn’t show me the elusive online platform. She instead whipped out a piece of paper and started drawing a business model. While her drawing did not depict a geometric pyramid, she was definitely describing a pyramid scheme. She was an “independent business owner” and earned a percentage back on purchases made through her website, but she also had a team beneath her and earned additional revenue through the purchases made on their sites. Her team members were encouraged to start their own teams and on and on the linkages would grow, rewarding the “independent business owners” at the top for recruiting people to join the business.

Before I could ask any questions, she started talking about the company’s “Training and Education Partner” which provided leadership skills and tutorials to all independent business owners, so they could grow their businesses. Training is offered via lectures and books which can be downloaded directly to any devices. They also host weekly in-person enrichment opportunities and seminars to grow your brand and network. She made it clear that there was a multitude of training and networking opportunities to support independent business owners; what she failed to mention was that none of the enrichment material was free.

Finally, I got the chance to ask the question I’d been dying to know — What’s the name of the company? She told me, and I had a faint recognition of it. I jotted down the key piece of information so I could scour the interwebs later and moved to pack up my purse; I was determined to find out what this probable scam was all about. But I did not get out of the meeting so easily. She started peppering me with questions — “What would you do if you had extra income?” “Which of your hopes and dreams seem unattainable?” “What do you value more, your time or money?” She was trying to lure me away from the dull reality of my desk job and entice me with a foolproof way to earn my worth on my time.

Just when I thought it couldn’t get weirder, she got a phone call. She answered the phone and whispered to me that it was her “sponsor” (aka the guy who runs her team). And he? The sponsor? He wanted to talk to ME. I declined, insisting that I didn’t need to speak with him, but she handed me the phone and suddenly I was hostage to yet another person’s rehearsed sales pitch about how their life had been changed and mine could be, too. This guy was bursting at the seams with bullshit. I was more than ready to get the hell out of there.

I was pleasant enough, but eventually hung up and told her that I needed to leave and thanked her for the information. Before I could leave, she got pushy and offered me the opportunity to attend one of their seminars tomorrow with a woman who had made $500k last year as an independent business owner. I declined, and she proposed another event on Friday night. Again, I declined. She insisted on sending me some training material to get a taste for the company culture and philosophy. She wanted to schedule a follow-up meeting, but I again declined and told her I’d call if I was interested — which I did not plan to do. She told me that she’d give me a call in the next few days regardless to touch base and make sure I’d listened to the training material.

As I got up from my chair, I mentioned that I planned to do my own research on the company. She immediately advised me against using Google. “Google is filled with people who just like to complain about their bad experiences, so please use reputable sources when researching the company.” She was basically saying, my first 200 search hits will be about how shitty the company is, but don’t believe any of it because it’s just trolls being trolls. How encouraging.

I went home and told my boyfriend about the meeting. As soon as I mentioned the company name, he immediately recognized it as a company that went through several investigations in the 80s and 90s. I did some pretty deep dives into internet research to make sure he wasn’t exaggerating and realize that I was indeed being recruited into a cult-like pyramid scheme. While it’s nearly impossible to make a substantial chunk of money in this model, they also hook you with the education and training component. The books, instructional lectures, seminars — none of it is free, but according to the company, this training is what you need to succeed, so people invest hundreds of dollars into enrichment materials with the intent of earning it all back through the get-rich-quick model. Spoiler alert — most don’t.

I texted the Instagram stranger and let her down easy, telling her that I did not have time to get involved and that I wasn’t interested. Her response came quickly — “Why did you even agree to meet with me if you knew you didn’t have time to add something else to your plate? What’s really your concern moving forward? I’d like to address them.” I never responded.

This company has a top-notch rating from the Better Business Bureau and a devout (cult) following that adamantly defends its legitimacy. Many people swear that it’s reputable, but it felt shady to me, and that’s what mattered in this situation. They were not offering me the opportunity to be a social media brand ambassador as initially stated, they were not up-front about the company or business model when asked, and they were pushy about next steps and attendance at one of their pricey seminars. I should’ve recognized the red flags and followed my instincts earlier on in the process. Curiosity can be a strength, but as it turns out, it could have also been an expensive weakness had I not listened to my gut. Thankfully, I never made it so far along in the recruitment that I couldn’t get out. But let my optimistic naivete be a warning to you; if your intuition tells you that a business opportunity is too-good-to-be-true, take a step back and do your research before committing. Because if you think you’re being deceived, you probably are.