On “Ambitious Women” And The Toxicity Of Professional Feminism 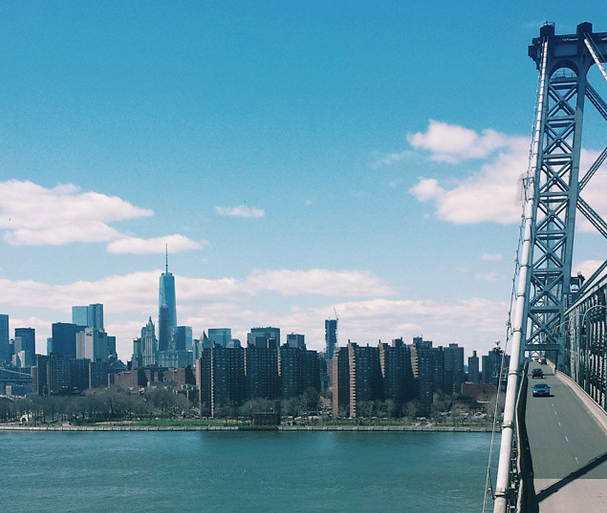 Writing about personal finance, I hear a lot of stories from and about Ambitious Women. I have had the pleasure of meeting and learning from some incredibly accomplished and driven women in the a huge variety of fields, and have been to seminars, panels, fundraisers, and dinners about lofty things like “empowerment” and “Women in [insert industry here].” I often feel out of place at these events, a little blogger with a site about learning how to be decent with money, surrounded by women who wear power suits and use “lunch” and “summer” as verbs. But they are always eager to talk with me, to impart some wisdom they’ve gained from years in the boys’ club that is their professional environment, and to potentially pass it on to the young women who read this blog.

I tend to forget, when I’m speaking to women older than myself, that their version of the workplace and path to their current post look very, very different than the ones women my age (myself included) are navigating today. I’ve spoken with women who started their careers as the only woman in their office, and who broke the gender barrier at every level of management they ascended to. And while this can and does still occur, the Peggy Olson trope of being the lone woman not in the secretarial pool is less and less the case. Still, many of the older women I speak with have a tenacity and, in some cases, ruthlessness about their own careers because they’ve had to. I’ve met women who work actively in women’s empowerment and gender equality within their own, massive, companies, but who tend to be unsympathetic to the many women who will not be able to even land an interview, whether for lack of socioeconomic or educational access. They talk a lot about getting more women into C-suite positions, but relatively little about comprehensive maternity leave, because to many of them, working harder and more selflessly than the boys is the only way to achieve their definition of success.

I admit that I can feel judgmental, even resentful, of the glass ceiling-breakers who seem to expect unreasonable tenacity from the new crop of women hires. But I also admit that, in writing about personal finance and in bettering my own financial and professional life, I find that — to a much lesser extent — I am also inspired by the idea of the Ambitious Woman. It’s become clear to me, in reading the many personal financial stories I have the privilege of reading every day, that independence is, in many ways, women’s saviors. It makes a divorce or breakup an emotional devastation, but not an economic one. It gives options where, only a generation ago, there were none. It allows women to pursue a life of their own creation, and to define their own terms of success. I encourage independence myself, because I know what life was like when I had none of it, and I know that life is infinitely better when you have these options.

But why do we often feel that the Ambitious Woman is somehow morally superior? Why do we idolize her in a way we do not with so many other capable women, who are perhaps more humble, or who define their goals in a way not really tied to money or professional status? We would never admit it, of course, but the glowing magazine profiles and You-Go-Girl celebrity of the Ambitious Women make it clear that we are more interested in the young, sharply-dressed entrepreneur than we are in a stay-at-home mom, or a schoolteacher who pulls long hours helping at-risk students out of her own pocket.

Yes, there is the glamour of it all, and that’s understandable. Ambitious Women often mean rich women, capable of buying the clothes and living the lifestyle that makes for aspiration, and transforms their work into a kind of art. But I believe that, with women, it’s deeper than that. And spending so much time with women who have clawed their way into a very masculine definition of success, and who in many ways define the Professional Feminism encouraged by female CEOs and entrepreneurs, I know that the Ambitious Woman is considered to be something much more special. She is as much religious figure as professional one, carrying the torch of feminized capitalism into a new generation and proving that we can be every bit as capable and tenacious as a man in any work environment. She’s doing an important social good along with her day-to-day job, so we dress her up in beautiful business casual outfits and listen to her speak at panels about How To Be More Like Her. We call her a Lady Boss, or a Smart Girl, and we congratulate her for managing to make having it all look so good.

I often think of the aspirations I have, and the women I most admire, and I realize that every day I feel further and further from the Ambitious Woman. Yes, I work hard, and most love spending my time with women who are motivated and curious, but many of my closest friends work humble, quiet jobs whose fulfillment will never come in the form of a signing bonus or a black-tie benefit. They are women who work hard and honestly, who are creating a future for themselves and seek to do good in the world, but their ambitions are wrapped up in personal things like a family, a home they can decorate, a garden they can grow things in. They want to live a happy life, and feel alienated by the Power Suit Feminism that seems to want them to aspire to a greatness they don’t find attractive at all.

The thing is, I don’t want to work long hours, and I don’t aspire to make the most money possible, or to be the boss of the most people. I will always take an extra vacation day over an extra dollar if I have the choice, and look at the lives of incredibly successful women with more fear than envy, in part because I know they need to be so much more than just a business leader. They must perform the constant balancing act, and attempt to at least appear fulfilled in as many domains as possible to please the Professional Feminism gods. They must “have it all,” whatever all of it is. And I don’t want that. I have been the only woman in a professional setting, and I didn’t feel energized to fight the good fight, I only felt exhausted. Because it seemed to be a race I did not want to win, and beating out male colleagues for money or status was no more tempting to me than beating out another woman. It’s simply a definition of success that I don’t particularly identify with.

I want to be good with money because I want to know how to live well within my means, and to aspire to simpler and more sustainable things. I don’t want to get on the hamster wheel of spending, aspiration, and prestige, because no amount of money or status will ever satisfy that need. And though I have immense respect for the work ethic and vision of the Ambitious Woman, I don’t think she is any better or more deserving of praise than the women who are working hard simply at being good people, good mothers, or good employees who work to live, and not the other way around. I don’t believe it’s every woman’s moral obligation to achieve the highest levels of professional and financial independence simply because, for the first time, that’s a real possibility. I believe that every woman should strive to better herself on her own terms, and seek happiness and balance of her own definition. Having some independence may be necessary to live the life you want to live, but spending a life climbing the ladder should only be something you do if you truly wish to see the view from the top.