On Financial Impostor Syndrome, And Living Like A Rich Person 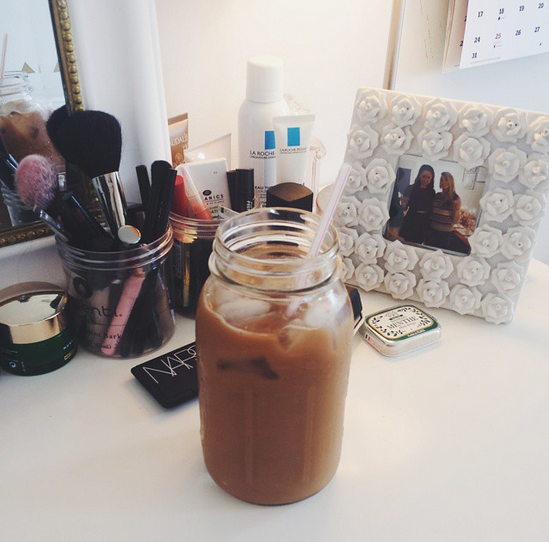 When it comes to money, it can be incredibly hard to feel like an adult. We go from the total financial incoherence of teenager-dom to the “you’re on your own”-ness of young professional with only a few college years in between. And it’s likely that, for many of us, college was not so much a “rigorous preparation for the realities of living on your own and taking care of your resposibilities,” so much as a “chance to accrue a lot of debt before you even know what it is, while largely ignoring your day-to-day financial life.” At some point, you wake up and you are a 20-something with bills and a job and a need to plan for the future, but no one ever really explained to you how it works. And you never really feel like you hit that sign in the road that said Adult, even if you hit several big milestones along the way.

Since I was a teenager, I’ve never known how to live below my means. Despite consistently working a job of some kind since the age of 14, I managed to squander nearly all of my sizeable savings by the age of 21 on a bunch of nice clothes, a few vacations, and a big car repair. The same patterns of spending-then-panicking have continued to this day, despite having made good progress elsewhere in my financial life, progress which has felt like pulling teeth to someone like me, who longs to just spend and not worry about it. No matter how much financial stability I achieve, I still feel like a Financial Impostor, living like a reckless kid who just got her first paycheck, instead of the professional adult I actually am.

I would consider spending a chunk of my monthly income on a therapist to explain to me why this is but, at the risk of denigrating the process of psychotherapy, I think I can figure it out.

My family experienced some financial turbulence until I was about 11, at which point we became firmly middle-class, but always, always living well below our means. My parents, having gotten a taste of financial instability and discomfort, have been hardcore savers, resisting nearly all forms of credit and always in the process of flipping a property or project to profit. They squirrel away their money religiously and, considering my mother was mostly a SAHM and my father is self-employed, they’ll need it for retirement. They chose the life of the entrepreneur, which comes with its freedoms, but also with its permanent need to scrap, and to think ahead.

While I am lucid enough to realize now that this was a smart and healthy way to live, that this enabled them to ultimately live a life of relative luxury and opportunity based not on what they earned, but what they saved, I cannot replicate it. All of the petty teenage resentments I still hold from living a (relatively) spartan childhood (of generic brands, sale shopping, and home-cooked food for 90 percent of my meals) have continued into adulthood, in the form of dropping my card and buying what I want, because I can. This cycle is, of course, inevitably followed by the panic mode that leaves me hoarding money senselessly, wanting to get back that feeling of protection. I am still, at 26, figuring out that comfort and protection stem from living well below my means, and always saving more than you need to. It still hasn’t sunk in, despite my parents living by those values every day.

In many ways, we play out our childhood relationships with money as adults, just like we do with so many other inherited values and hang-ups. And because many of us never receive a formal financial education, we tend to continue on our immature patterns and childish needs for instant gratification well into adulthood. Even writing this blog, and forcing myself to make better decisions, I’ve realized that “truly feeling like an adult who is now in charge of her future” can feel impossible.

Still, I am much better now than I was when I started this blog. I don’t often give in to my desire to spend what I have, and I have an emergency fund that is beginning to resemble six months’ worth of living expenses. I’ve forced myself to get an accountant and lawyer to help navigate my financial and professional decisions. I technically own two businesses now, so avoiding becoming a mature, capable person when it comes to money is simply impossible. And I have inherited some of my parents’ good sense, both voluntarily and not so much. After a brief flirtation with credit card debt, I am religious about paying off my credit cards every month and watching my score slowly tick up. And while I do carry a tiny bit of student debt — under 10,000, with a very low monthly payment and essentially no interest — it is because of my parents’ insistence on doing two years at community college that I live mostly above-water, unlike many 20-somethings around me. Though my savings game is not where it could be, I am better off than many, and started off on the “living below your means” foot much better than someone who is, say, drowning in student debt.

But I still feel in many ways like a kid, inclined to spend in ways that aren’t intelligent or necessary, or to hoard my money or get rid of it all at once. I sometimes live like a person who is desperate for each paycheck, even when I am part of a successful, stable, upper-middle-class household now.

Regardless of the advantages I have on my side, the mentality of “not being good with money” is a near-impossible one to shake. If you have any hang ups about finance growing up, or feel deprived of the consumerist lifestyle you saw around you (no matter how much we now know that endless spending is a terrible, credit-based nightmare), it’s bound to follow you into adulthood. And you will find yourself, like me, with a certain kind of Financial Impostor Syndrome, where you may be earning a decent living and supporting yourself, you may be an adult on paper with cards and bills and responsibilities, but you don’t feel quite like a grown-up yet, and don’t treat your finances with the kind of proactive planning that we imagine adults must do.

Eventually, I’ll need to live like a rich person, no matter how much I have. Because, as my parents always instilled in me, rich is not a number. It’s the difference between what you need and what you have, and as long as you keep that gap wide, and keep perspective on where your money should be going — in both the short and long term — you will always be rich. I know that I must switch into the mentality of a pragmatic, grown-up woman whose confidence is commensurate with her earnings and her responsibilities. But sometimes it feels like I’ll become her next week, right after I buy this silly little thing I don’t actually need.