On Free Books And Learning To Let Go Of Things 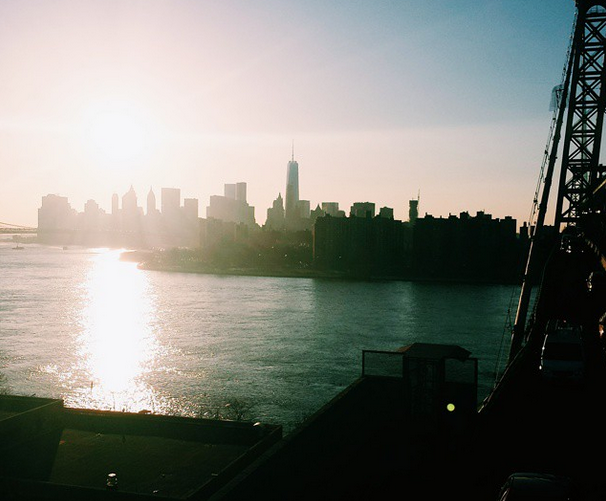 I spent a crazy amount of money — nearly half my monthly income — to live on a beautiful, brownstone-lined street in Brooklyn. After it gets dark, I walk around looking into my neighbors’ lighted windows, marveling at the fact that their living room or dining room takes up a whole floor that would be split into two one-bedroom apartments in my building. The only consolation prize that I get for being surrounded by people who are wealthier and more successful than I may ever be is the stoop books.

Stoop books may not be unique to Brooklyn, but they’re a huge part of life here, enough to have inspired their own Tumblr. The concept is simple: after people have finished with their books, they place them out on the stoop. Anyone who walks by can take them home. If you get there first and find something good, it’s a stroke of luck and a sign that the universe is working in your favor, and the city is giving you a small gift to say, “Sorry that I took all your money.”

Other things get left out on stoops, too: coffee machines, vases, men’s overcoats. I found a pair of glitter lace-up boots that fit a friend of mine perfectly. But books are the most common, and the most compelling. Unlike a French press, they offer a few clues about who their previous owner might have been. The law school textbooks probably belonged to someone who recently passed the bar, or gave up trying. The person getting rid of a book subtitled Pregnancy, Birth, and the First Year of Life probably has a two-year old. The advance review copy of a memoir that came out last year probably was sent to a book critic.

But who decided to part with a 1978 edition of Vocational Guidance by Astrology, now out of print? Or a heavily highlighted and underlined copy of Bowditch’s Practical Navigator, which is carried on the bridge of every U.S. Navy ship? Why keep a whole shelf’s worth of books on woodworking, home wiring, kitchen design, and house framing until just now?

I invent stories in my head, because I’ll never know. So far, I haven’t met any of my neighbors, and if I do, I won’t ask, “Did that used to be your copy of the The Brief Wondrous Life of Oscar Wao?” It feels creepily intimate, like admitting that I’ve been poking through their trash. Which, in a sense, I have.

Looking through their books is kind of like looking through their windows. I get a glimpse into someone’s life, but not the whole view. I learn that they really like terrariums but have no idea where they grew up. I can tell that they have a child who is a toddler and into pirates, but I don’t know what they do for a living. The books that they give away allow me to place them into a recognizable category: competitive triathlete, grad student in philosophy, freelance photographer, vegetarian who dabbles in Ayurvedic massage.

But then I wonder what conclusions someone might draw based on the books that they find on my stoop. Would they think that I’d gone back to eating dairy because I got rid of The Joy of Vegan Baking? (I haven’t, I just don’t bake as much as I used to.) Would they assume , based on A Journey of One’s Own: Uncommon Advice for the Independent Woman Traveler, that I’m planning a trip abroad? (I wish.)

A lot of people find it sad to see books out on the street. They refer to them as “orphans” or “abandoned children,” and wonder what kind of cold, unfeeling person could leave them there. Honestly, it makes me twitchy just to hear that. I imagine what their apartments must look like–stacks of old newspapers taking over the kitchen counters, books in cardboard boxes because there’s nowhere else to put them, and the distinctive scent of mildew and dust–and have to fight the urge to go over there myself and start throwing things out.

It’s not that I don’t love books, just that I also love the calm feeling of an uncluttered space. I’m a die-hard purger and a big believer in that favorite expression of yoga teachers everywhere, “Let go of that which does not serve you.” Why keep something that you’ll probably never use again? If you’re not planning to reread a book, why not let someone else have it?

My fixation with culling my possessions is another reason why I love the tradition of stoop books. I really enjoy getting rid of things, to an extent that’s almost absurd, so I love how easy it is to drop a pile of books or some random clothing on my doorstep and have it disappear in a matter of minutes. Decluttering my space is the most cleansing, energizing feeling that I know, and it’s nice to see that my castaways aren’t going to a landfill.

I do understand, though, why some people find this hard. Getting rid of anything means confronting the fact that you didn’t really need to buy it in the first place. There’s a moment, usually after I’ve left my apartment but before I’ve made it down the four flights of stairs, when I stop to think about the money that I wasted buying an H&M dress that has no resale value, or a magazine that I’m never going to reread. Then I start wishing I’d started a box of things to sell at a stoop sale once it’s warm out, or that I hadn’t been too lazy to put up a listing on eBay or Craigslist or carry my old books to a used bookstore. There’s a temptation to keep everything, just to recoup the investment.

But I’m already halfway down the stairs and I’m going to be late to work if I turn around. So I drop everything on the stoop, promising that I’ll be more thoughtful about what I buy next time, and head for the subway. By the time I’ve turned the corner, I’ve forgotten whatever I left behind. It’s gone, and that means that I can stop feeling guilty and move on.

Sometimes, on my way home, a book that I want to read will be sitting on someone’s front steps or propped against their fence. I tell myself that this is because I’ve earned good stoop karma, and the street has given me something in return.

Antonia Farzan is on Tumblr.