On Learning How To “Treat Yourself” Without Ruining Your Finances 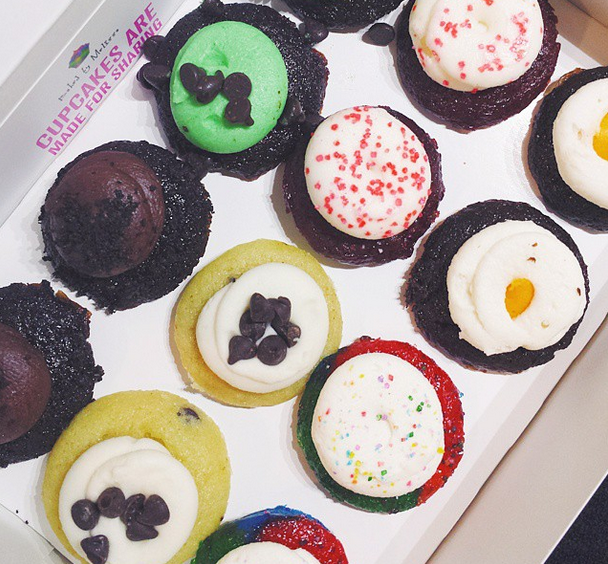 For a long time, I didn’t have much money. I was a broke college student, then a broke student-slash-nanny living out of the country, and even if I went crazy on my 80-or-so Euro per week stipend, there wasn’t much I could do with it after the necessities were taken care of. Like many people, I lived the years between 18 and 22 viewing cheap vodka in a Deer Park or boxed wine as the stuff of fun nights out, and scanned the menus at restaurants furiously to make sure that I was getting the absolute most out of my 15-dollar budget (on the rare nights I actually went to a restaurant). I dreaded being in a position to spend money, and was always the “cheap” friend who had to decline invitations, or ask that we go somewhere less expensive.

Before that, growing up, my parents were always extremely conservative about “extra” spending. We never wanted for anything, and received generous gifts for Christmas and our birthdays, but our regular lives were ones of frugality, sensibility, and humility. No fancy labels, home-cooked meals nearly every night, always shopping on sale, and extremely conservative use of credit cards were the philosophies that dominated our home. While I can appreciate, looking back, the good sense and long-term values this instilled in us, as a teenager you only desire the nice jeans, or the fancy summer vacations.

Between my frugal childhood and my broke college years, I always found myself longing for spending money the way a hungry person longs for a steak dinner. It was something I had seen all around me but never experienced, and I naively imagined the beautiful and fulfilling ways my life would change if I only had a few extra bucks a week to go out with. And though I don’t miss the feeling of not having a “treat yo self” budget, and always having to do my shopping at the cheapest possible option if I wanted anything new, I do sometimes miss the circumstance-imposed limitations on the damage I could do to my budget.

When I first started making “real” money — and at the time i wasn’t much, but it was enough to have my own small apartment and life, with a little left over each month — I was still living in Paris, with the same friends and boyfriend and surroundings, but suddenly with the ability to actually spend money. No longer bound by the constraints of my school payments, or my small (but totally fair) weekly stipend, I found that the city opened up to me in ways it never had before. I used to write bitterly about the perceptions we had about Paris as this macaron-filled, upper-middle-class wonderland, when it was so far from the experience I had gotten to know. And nearly overnight, though I was still nowhere near upper-middle-class, I began to see what the city could really look like to someone with a bit of disposable income. I could go to restaurants, I could order multiple courses, I could take taxis, and I could shop at places other than thrift stores and H&M occasionally. It was an entirely new world, and the first time I’d ever been faced with an “adult’s” budget.

Since that point, and particularly since moving to New York over a year ago, I have seen my income steadily increase, but for the longest time, my savings remain largely at a standstill (which is to say, barely anything). I had, at best, a month or two’s worth of emergency fund, but nothing near what I could have, particularly considering I had sold a book and done a few other projects which lead to (relatively) large windfalls of money. At least some of those checks could have gone into savings or investments, but somehow they never did, always either disappearing in a poorly-planned tax season or somewhere undetermined along the way. A big part of the reason why I started this blog was because of this precarity, and this shocking inability to save, no matter how my financial standing improved.

I realized fairly quickly, when I began paying closer attention to my money and really analyzing why I was bad with it, that all of my smaller answers really folded into one: I didn’t know how to treat myself. Or, rather, I definitely knew how to treat myself — I did it all the time — I just didn’t know how to balance it with a financial life well-lived, or to keep some sort of measure on it as I went. Yes, I could calculate the exact amount that went into taxis, or a glass of wine at the restaurant instead of water, or the skirt I bought on a whim and only wore once, but all of those decisions individually come back to a greater theme of treating myself without rhyme or reason, because of some totally irrational belief that “I deserved it” at basically all times.

And it’s more than just a refrain of Aziz Ansari in my ear, encouraging me to buy the cashmere sweater I don’t need. It’s the fact that, between having no money five years ago and having more than enough of it at age 26, I never actually learned what it meant to work “treats” into an otherwise-healthy budget, and stick to it. I was the hungry kid who ate too quickly at the dinner table, and then just kept on eating because “pacing myself” was never part of the vocabulary. And while I don’t think that indulging myself too often and for no reason is a moral failure on my part, I do think that it stems from a culture of self-indulgence that is, if not capital-b Bad, hurting us in very real ways.

I hear, like most people my age who frequent the internet, mantras about “treating yo self” and “self care” and “taking care of yourself.” I hear about how we should de-stigmatize the purchase of a nice candle to make ourselves feel better the way we de-stigmatize the choice of cheese fries over a salad. We’re only human, after all, and it’s crucial for us to feel loved and indulged to function properly. We need to realize how great we are, we think, and give ourselves all the wonderful things we deserve. It’s viewed as not only a crucial part of self-love and preservation, but a sign that you are happy enough with who you are to truly demonstrate that love. We look at the girl who only eats salads, or the man who never allows a penny to be spent on his own happiness, and feel pity. Life is short, right? They should be happy.

But just like with a diet that is more pizza than salad, whose concept of a “treat” goes unchecked until it becomes the new norm, a life of financial excess can only end in sickness. If, like me, you begin looking at “treats” as something that happens on a daily basis, something done without thought or planning, something that exists in a magical bubble outside of the daily reality of your finances, you are almost sure to find trouble. A month of treating yourself always ends in a confused review of your bank statement, wondering where all of that money went when you were basically good? It’s ludicrous, logically, to not think of the 10 dollars here or 30 dollars there as part of your “real” money, but it’s often how our brains work when we are indulging.

We soothe ourselves and give ourselves a tiny internal pep talk about how we “deserve” it, and we buy the lipstick or the cheese fries. We feel that encouragement from the (half-consumerist, half self-help) culture of treating yourself, and we convince ourselves that we’ve been “good” for a while, and therefore deserve to squander a little hard-earned money. And when we’re fixing some sort of emotional wound with a bit of shopping, where we might sometimes fix it with unhealthy food, the idea of spending becomes something almost like therapy, where we justify the hit our accounts take with the brief moment of relief felt at the register.

For several years, I never kept track of my “treats.” I spent frivolously often, usually in small enough sums that they didn’t even register on my radar until the end of the month, when they were all collected neatly into one sad, scary pile. I was just so excited to live a life where I could buy the things I wanted without having to agonize over each purchase that I never stopped to consider if I should. I “treated myself” into zero savings for years, and even worse, tricked myself into thinking I was doing something good for my soul along the way.

I hate the term “cheat day,” whether you are talking about a healthy diet and lifestyle or financial savvy. I don’t like the idea that we are cheating on something, when indulgence can and should be counted into the overall idea of health and balance. Everything in moderation including moderation, etc etc. But just like you still need to keep track your calories and macros when you’re having a big pizza-and-wine dinner if you want to stay on your healthy lifestyle, you need to look at the 20 dollars you’re going to spend on that impulse buy and factor it into the rest of your budget. Is it worth 20 dollars less in savings? Would you rather save up five of those buys and get a new pair of shoes at the end of the month? What about saving up for six months and buying a plane ticket somewhere? These are all important questions and should not come at the expense of treating yourself, but rather make it a smarter and more fulfilling activity.

Because when you’re constantly giving yourself what you want, it isn’t a treat anymore, is it? It’s just the way you live.