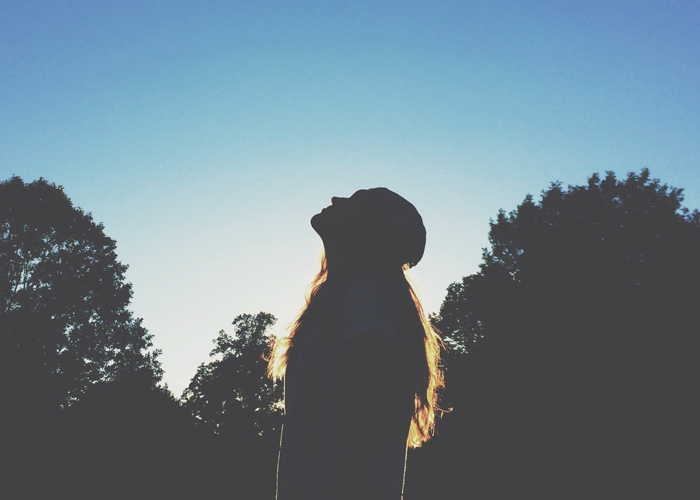 I’m 25 and just moved home with my parents for the second time. If you were to tell me last year that this would be happening, I would’ve politely laughed and then proceed to show you out (perhaps followed by slamming the door behind you and yelling ‘AND NEVER COME BACK!’). I’d already moved home once and was certain that I wouldn’t be going back home again.

I truly love being independent. My first taste of parental freedom was at 17, when I moved away for university. It was pure bliss. I grew up in a small town sharing a room with my three younger sisters, so to say I appreciated having my own room with cable television was a huge understatement. But after graduating from university at 21, feeling crushed under the weight of student loans, and dealing with a nasty case of ‘analysis paralysis,’ I admitted defeat and moved home.

I had a difficult time because I was so frustrated with myself. I got into the toxic habit of constantly comparing my life to my friends on Facebook (it was pre-Instagram era). I spent a lot of time wondering what was wrong with me and why I couldn’t get it together. Between the disappointment of having to move home after college, and the ever-present reminder that apparently everyone else was doing better than I was, I didn’t feel great about myself.

Needless to say, when I moved out for the first time a few months later, I vowed I’d never have to move home again. And yet, I’m back. It’s a few years later and I’ve moved back in with my parents… again.

So, what happened? How did I go from “never again” to back where I started?

I have two main reasons for moving back home:

1. The lease on my apartment was abruptly coming to an end, so there was a fork in the road: find a new place and move out in less than a month, or move home. Moving across a major city (Toronto, in my case) is a challenge and doing it in mid-January, when freezing doesn’t begin to describe our temperatures, was not an ideal scenario.

2. I was facing challenges and very close to burning out. I’ve come to realize that I’ve built my life on sand rather than rocks. Working on various contracts as a mediapreneur, in positions that require a constant state of ‘fight or flight’ lead to burnout. Freelance contracts can be a lot to take on and I was working constantly. When I didn’t care about setting New Year’s resolutions, exercising, eating healthy and just generally felt ‘meh’ towards all social opportunities – I knew something was wrong.

Initially, my plan was to keep my new home life quiet. I figured I’d move home, get it together, and move back out without anyone knowing. A blip on the radar that I’d soon forget. But over the holidays, I couldn’t keep it quiet with close friends and extended family. And to my surprise – it was such a relief to be honest and not be heckled for it. And further, I’ve started to notice a trend with friends, that they have had to move home too. It’s freakin’ hard out there nowadays so it’s becoming more and more acceptable to move home if you need to for a while. (Well.. as long as you have a plan to ditch the home cooked meals and childhood bed sooner rather than later.)

Now that I’m home, here are my top three tips to getting back out there while still embracing home life.

1. Set a date to leave. Not only did this help me because it reminded me this situation was only temporary, but it helped my parents agree to take me back in. If you put a time frame on how long you’ll be home initially, it gives you something to work toward and reminds your parents that you do, in fact, have a plan.

2. Get to know your parents again. They’re real people! They’ve been in the same situations before you and actually taking the time to listen to their advice is worthwhile. As an adult, I can now relate to them on a new level and appreciate their presence in my life so much more.

3. Stay in your lane. I’ve taken Instagram and Facebook off my iPhone. I’ve installed ‘Self Control’ on my computer. When you’re in a vulnerable place, the last thing you should be doing is comparing yourself to others. It will always make you feel worse, and is not a practice that fills you with hope. To combat this, I’ve made sure it’s not an option for me to easily click on Instagram, so now I can’t be tempted.