On The Downside Of Being The “Professional Nice Girl” 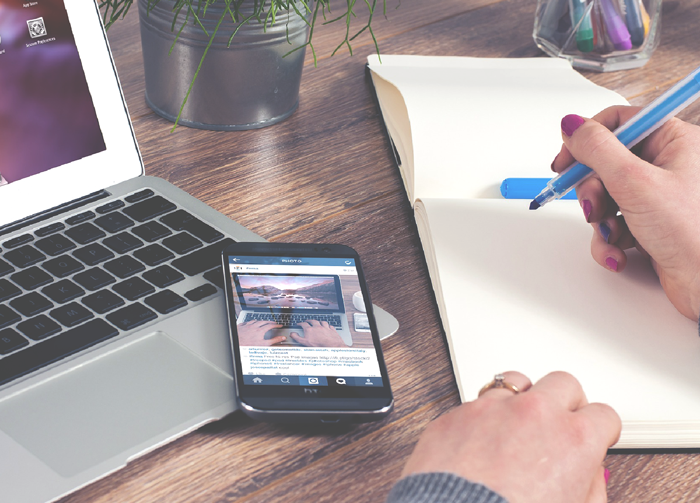 Last week, I was having coffee with an old coworker who I hadn’t seen in about a year. We were swapping intel about old office gossip, and discussing job growth and promotions at our formerly-shared workplace. We were both taught to be kind and humble about our accomplishments, and not to be up-front or obnoxious about taking credit for our best work. My friend confided in me that she been taking on a lot more responsibility at work, but isn’t getting recognized for it, and, therefore, hasn’t been promoted yet. There are employees in other departments who have moved up after putting in less time than she has because they consistently take credit for their work and prioritize themselves over other coworkers. She has been killing it for a year and a half in her role, but keeps her head down, works tacitly, and demands little-to-no recognition.

“They like having me where I am,” she said. “So they aren’t moving me up. I’m being too understanding of that because I don’t want to piss anyone off.”

The more we talked about it, the more we realized that our need to stay on absolutely everyone’s good side ends up posing a problem for us. We both love to be known as the professional who is flexible, willing to help, and humble. But that sometimes means that we aren’t advocating for ourselves nearly as much as we should be. Instead, we are too caught up in being the “professional nice girl”: The one that goes out of her way to be kind, advocate for others, and help coworkers without taking credit. There are pros to being the professional nice girl; the office knows you’re trustworthy and you are often given more responsibilities as a result. But the downside is that you aren’t necessarily recognized for rising to the occasion.

In my haste to always be a kind and understanding human being first, and a professional second, I end up apologizing approximately 100 times more than is necessary. When I need to point out someone’s mistake, I am rarely blunt about it. Frankly, I end up just being less direct and coming off less confident than I feel. When everything I say is preceded by an apology, it makes me seem malleable, which isn’t how I want to be perceived in the professional world.

In school, I was always taught that taking ownership of your work is unnecessarily boastful. I remember my teachers telling me that blatantly taking credit for your great idea is off-putting. And yet, when I hear people go out of their way to take credit the way I go out of my way to give other people credit, I don’t find it off-putting. In fact, I find it impressive. I sincerely admire the people who take credit when it’s deserved, instead of brushing it off when someone pays them a well-earned compliment.

One of the most important lessons I learned in 2015 is that sometimes you need to sell yourself, even if it makes you feel selfish, boastful, or uncomfortable. And part of selling yourself means drawing attention to your professional accomplishments. At my first full-time job, I spent a lot of time keeping my head down, working quietly, pulling more than my weight, and hoping my boss would notice. My job ended up getting cut because the client didn’t feel like my position was valuable, and I was reassigned to a new account. It wasn’t the end of the world, nor was it anyone’s fault, but it was a blunt lesson about what can happen when you don’t show how valuable you are.

I’ve been working to combat my nice-girl syndrome for longer than I care to admit. I still go out of my way to give other people credit because that is what I hope other people would do for me. But something that has helped me a lot is being more direct in professional settings. When I have an idea for how to make something better, I don’t apologize profusely before bringing it up. I just point it out and move on. If I need a client to give me more information before I can complete a deliverable, I ask for it, instead of hoping that something will show up in my inbox by 6 PM. When I’m negotiating a rate with a client, I make sure to mention the work I’ve done for them, and show why it’s furthered their company.

Ultimately, I’ve realized that my inherent desire to please sometimes holds me back, and I’d like to be free of that constraint. Part of my job (in every single one of my freelance roles) is to be discerning and critical. The more I ~go with the flow~ because I think that’s the nice thing to do, the more I’m cheating myself and my work. No matter what line of work you are in, being discerning and making the right decision, as opposed to just agreeing with the masses, is part of your job description. It can be hard to take a selfish step when you’re used to being the well-liked one who works hard without asking for constant praise. But you deserve to advocate for yourself, and I think you can strike a balance; you can be kind and helpful while still prioritizing your professional success.