On The Neverending Bullshit That Is Fashion Blogging 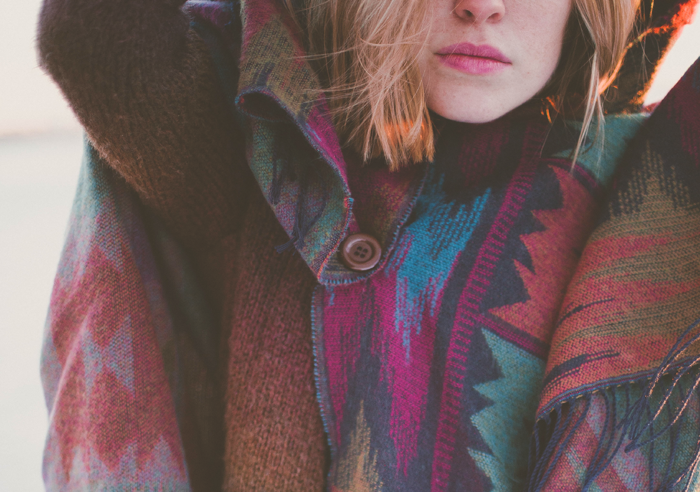 When I decided to start this blog a few months back, my goal was pretty singular: talk about money in a way that doesn’t make me feel like an old, crusty white man in a boxy suit (and perhaps, as a second goal, have an outlet for my shoddy personal photography). But the point was just to have a space to talk about the stuff that gets to me – the overwhelming crises of bills, my inability to understand investments, the constant anxiety of picking the right insurance plan, and so on and so forth. It was a place to talk.

Since that initial starting point, I have decided I want to make something more of it. I am working with (an incredibly talented and somehow also incredibly chill) designer, I have invested in a camera that can take slightly less shoddy photos, and I am making BiG pLaNs for the future of the site.  And yesterday, when I posted a little photo of my new camera to #enhance my personal #brand (and to solicit some much-needed photography advice), I got a couple jokes along the lines of “Now you’re going to become a famous fashion blogger.”

And this is a joke, yes, as I have neither the disposable income nor the bone structure to be a famous fashion blogger, but I still feel compelled to say: Fuck that. Fuckkkkk thatttttt.

Part of the reason The Financial Diet is important to me is because, as a 25-year-old woman who lives on the internet and likes both pumpkins and art-directed photos of minimalist bedrooms, I am a prime candidate (victim) for Lifestyle Blogs. Left to my own devices, I am liable to get sucked into a k-hole of hate-browsing fashion blogs, scrolling through their untouchable Instagrams, and marveling at their uncanny ability to turn their life into one uninterrupted stream of sponsored content.

And I work in sponsored content. I have written or ideated dozens if not hundreds of various pieces of copywriting by now, and genuinely enjoy the work. I have nothing but respect for the hustle, and on the rare occasion that a brand has approached me with an offer to try out some free shit for a bit of personal Chelsea Fagan promotion, you better believe I was about that shit. But this is a mere shadow in the towering monolith that is the Fashion Blogger, as almost all of the content they will produce (no matter how much they choose to illegally not disclose that shit, and that is its own can of worms for the FTC to open) is funded by somebody.

The thing about Fashion Bloggers – and their mutated, diversified cousins, the Lifestyle Bloggers – is that they aren’t REALLY people. At least, not in the way we think of people. Follow one of these waifish WASPs on Instagram and prepare to know literally nothing about them except that they enjoy macarons, get to travel for free, and are being followed around constantly by some put-upon boyfriend who has to risk his life in city streets to capture her #ootds. Everything they put out to the world is filtered through that Pinterest-brand art direction and a DSLR, a procession of blazers and lattes and crisp white sheets that is impossible to tell from anyone else.

And look, I am as basic as the next bitch, I love all of those things. But I have two issues here: One, can you at least provide me with one piece of information about yourself that doesn’t come in the form of a hashtag, and Two, can you please not pretend that the life you are living and aesthetic you are presenting isn’t expensive as shit? I have had the privilege of finding out, through my work, what these bloggers are getting for endorsements and guest posts, and trust me – you don’t want to know. And I also know that, if you want to keep those sweet, sweet branded dollars flowing, the best thing to do is remove all trace of potentially controversial content from your site. You don’t want to express an opinion, or curse, or even denote a preference that doesn’t come in the form of a shirt you have to promote. So they turn into something like Cashmere & Rosé or whatever the fuck they are called, and cease to exist outside of posts about what they’re “totally obsessed with this week!”

That’s another thing: Stop saying you’re obsessed with things. The only thing you are obsessed with is free shit, which I get, as I am also obsessed with that. But please be honest about it. You can still drown in endless sponsorships, you can just do it while providing at least a glimpse into what you actually enjoy or think about in your day-to-day life.

I guess what I hate more than anything is that, in the great MeDiA LaNdScaPE, you are forced to choose between “people who actually have sweet/funny/interesting things to say” and “people who satisfy my ceaseless thirst to look at pictures of macarons.” And I don’t think my life’s mission is to straddle those two worlds, as I know right now my photo game will never be anywhere CLOSE to what these people are putting out (photoshop stresses me out, and I am just not photogenic enough to inspire people to want to look like me, which is kind of a relief). But I do think that it’s important to call out this obnoxious trend, as a whole generation of #influencers is turning into this dead-behind-the-eyes hybrid of Kylie Jenner and Martha Stewart.

Fashion bloggers have to be aspirational, yes, but they can still be people. Because no one’s life can look like that, and they know that, and we know it, and there is no reason to continue playing the game. Even if we had the limitless income and spare time to make every outfit worthy of a blog post, and art direct the cheese we eat while standing in front of the fridge in our underwear, who would even have the time? We have jobs. And we need a fashion blogger for the working woman. Because life is stressful enough already.