How One Guy Went From Jobless & 43k In Debt To A Debt-Free Homeowner In 2.5 Years 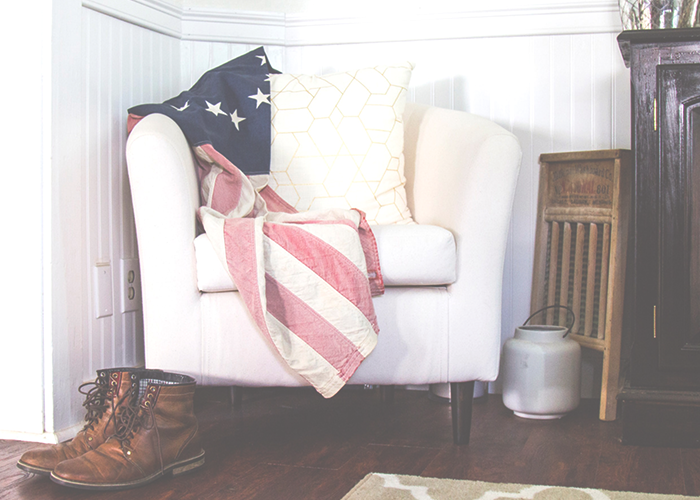 When it comes to personal finance stories, few are more compulsively-readable (in my humble opinion) than a total transformation in terms of savings, debt, income, and outlook. It’s gotten to the point where people send me cool stories they find about so-and-so totally changing their financial circumstances through a combination of hard work, help from others, and a total refocusing of how they view money, comfort, and lifestyle. And while I am by no means a boostrapping evangelist — I believe that it is society’s responsibility to help itself and create a firm safety net for anyone who falls through a crack, and yes I am still Sanders 2016 — I think that the narrative of financial destiny can be a bit of both. Yes, it is unfair and repulsive that a single mother working two 35-hour-a-week jobs can still find herself unable to cover the basic costs of living. But it is also true that many of us, specifically those of us who have a relative amount of financial comfort and stability, don’t do ourselves any favors with our financial choices, especially when it comes to planning for the future.

It’s hard to say what counts as privilege in these situations, or where the line is drawn, but I feel that one thing we should all consider more often is “Do I have a place I can live for some time and be taken care of if everything goes to absolute shit?” It might be a parent, it might be a more distant relative, it could even be a super-close friend. But the point is, if you have this safety net, you are already in a strong position of privilege. (And I count myself amongst that demographic, obviously.) Many of the stories we come across on TFD involve, at least at some point in the transformation, a stint on someone’s couch or receiving a small amount of money from a benefactor somewhere in their life. And while not all of them do, I try to remember as often as I can that even the most outwardly-do-it-yourself tales of money rehabbing usually involve a bit of help. It’s not up to everyone to emulate, word for word, the story of someone else’s journey to become solvent. But we can always take the lessons where they come, and, if nothing else, use them as a reminder of our own good fortune and safety net.

Which brings us to our story today, which was forwarded to me from a Reddit thread, about a young man going from jobless and significantly in debt, to a married homeowner who is debt-free (on less than $60k a year in salary, and in only 2.5 years).

The author, thegmanater, starts his story at the time he left his job as a college campus minister. He was engaged, newly jobless, and $43k in debt, both from student loans and credit cards. Using an associate’s degree in IT, he found a job in a new city, where he started plans to build his life. At first, he needed to live for a few months with family friends in the city of his new job to save money, get on his feet, and start the apartment hunt (hence, the safety net), but he was able to secure an apartment for he and his fiancé just a week before their wedding. He mentions that his apartment hunt initially started at the very bottom rung of his budget, $600, but quickly went to $800 when he realized that the latter was the minimum he could pay for an apartment he felt safe in.

Then came the hard stuff: the lifestyle changes. He says,

This is when things really start to take off. My wife is a very frugal person (she lived in Africa for a few years with nothing), and we help each other when we wanted to give in. We took most of the money we received from our wedding and put it towards the debt, starting of course with the highest interest CC. Mine weren’t too bad honestly since I’ve always had good credit even with the really high utilization. The most I was paying was about 13% (it’s crazy to me now that I ever paid that much)

We saved everywhere we could. For the first months she stayed home and found every way to save money to put towards debt. She cooked every meal, and we didn’t do anything but spend time with each other(worked out for the newlyweds). We had a strict budget and spent that to the dollar. She would go through the grocery ads and find things on sale and that’s what we ate that week. We only had 1 car (my old one being broken), and so I drove to work and back and that was it. No where else unless we had to go. I made my own lunch every day (while all my co-workers went out) and we didn’t go out drinking or really anywhere. We might go see our family and friends but we never ate out. We did have a TV I owned, but we just used an OTA antenna I had and watched our movies we already had on DVD.

Pretty much the only items in our budget were Rent, Water/sewer, electricity, internet service (lowest I could get), groceries, gas , car insurance, and then debt. My work paid for my cell phone and I got my wife a Republic Wireless phone that cost $12 a month using our internet.

As the story continues, his wife secures a job at only $10/hour, which is much less than she could have commanded with a Nursing degree, but he explains that she didn’t want to start on a career track, because she knew she wanted to be a stay-at-home mom fairly soon. Putting all of her income (about $800/month) towards their aggressive debt repayment, this brought them close to $2,000 per month in debt repayment.

Through a lot of diligent searching and trial and error, the couple was able to then find the perfect house to buy for them — $219k, with a 10 percent down payment — which put them into a mortgage that was barely more than they were paying in rent. (The author actually even mentions regretting getting a realtor for the search, because they ended up doing so much of the work themselves and nearly all of the research, and the realtor’s job was more or less to set up the appointments and show up for the paperwork — a common complaint, from what I’ve heard.)

As children came along for the author, and finances got necessarily tighter, the lifestyle changes he gathered from his time solo with his wife aggressively paying off debt and living an extremely Spartan lifestyle came in handy. On that topic, he says:

So moral of the long story, you can do it on a reasonable salary. You find the cheapest place to live that you can, and you put everything to your debt. Sell things, work extra hours, do whatever you can to get it gone ASAP. Live as cheaply as possible, and it’s a minute by minute decision. You don’t need to spend $2 on a soda when water is free. You don’t need to buy a new car when it won’t cost that much to fix your old one. Be determined and it can work.

I encourage you to read the full story over on Reddit, because it’s full of interesting details (and the comment section is pretty great, too). But the most important part, to me, is remembering that there is much of our financial life that is within our control, and our ability to change. As some of the commenters mentioned, things like wedding money and living with family were big boosts to the author that not everyone has access to. But there was a lot that was a question of choice, and of making a short-term painful decision to have a much better future in the long-term. There is no such thing as a purely bootstrapping story, and no matter how many of these “I did X in Y time” stories we read — and I read a lot of them, because I love them — it’s never going to be a perfect formula for everyone.

This author changed his financial life in a way that is at once universal and specific to him. From his story, I personally reminded myself to stop the unnecessary purchases that aren’t adding anything to my life qualitatively (I don’t need the $2 soda), but your takeaway might be something else.

What matters is that we confront our financial shortcomings, seek the places in which we can improve, and keep moving onwards and upwards.