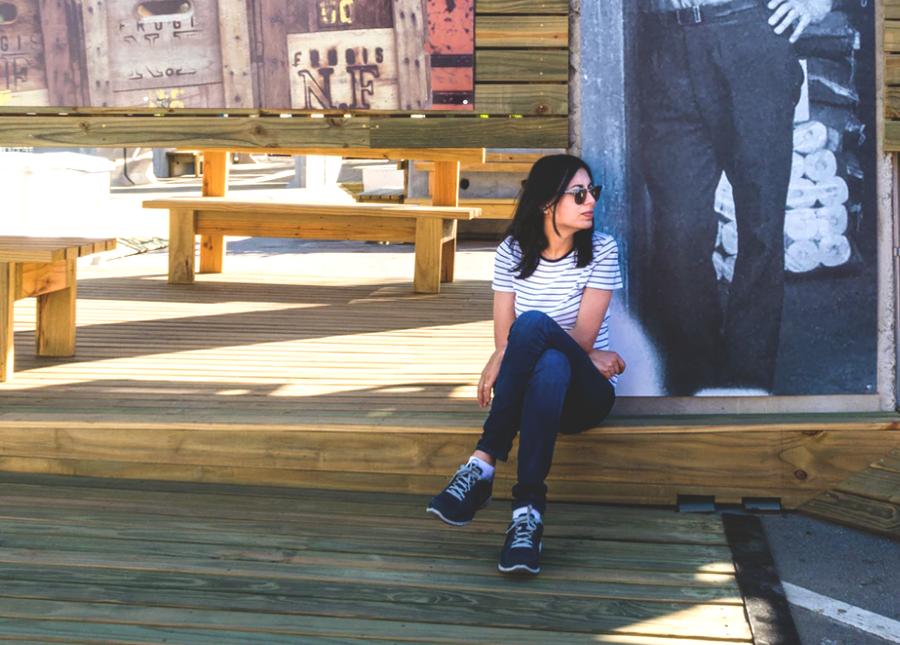 With the new year comes new resolutions. It can be inspiring to feel like the new year brings a fresh start. Many people use this time to reflect on the previous year and look at the improvements they’d like to make in their lives. The new year starts out so promising, with motivation at an all-time high — but then obstacles come up and shortcomings happen, and that motivation starts to wane. This is why the gyms are always packed in January, then attendance starts to dwindle back down to normal in March.

The most common New Years resolutions can pretty much be copied and pasted every year:

The reason these show up year after year is that they’re all worthwhile ambitions that would improve our lives. So why is it that so many New Years resolutions are abandoned by the end of the year?

We often know what we should do, but we still don’t do it. We all know that exercising, eating healthy, and saving money are all important principles to incorporate into our lives. The problem is that knowing something and putting it into practice are two very different animals. The desire to change is there, but we often fail at implementing that change. One of the reasons is we try to rely on the willpower to “be better” instead of having the discipline to break them down into actionable goals.

Each of these resolutions is a broad idea. In order for it to be accomplished, this broad idea needs to be broken down into bite-sized pieces that we can pursue one day at a time. Doing this is powerful, and instead of trying to rely on the willpower to “eat healthier,” your action plan can look something like this:

The point is to simplify the process. Each of those steps by themselves can be completed in a timely manner and is not intimidating. We’ve broken down the abstract and daunting prospect of “eating healthier” into small steps that can lead to big results.

Another reason why it’s important to avoid relying on willpower is due to decision fatigue. Decision fatigue is a psychological concept that says the quality of our decision-making abilities declines throughout the day. This is one reason why tech icons such as Mark Zuckerberg wear the same style of clothing every day — it reduces the number of decisions they have to make. This frees up your mental energy for more important decision-making.

By relying on willpower, you’re setting yourself up to fail. This is why it’s important to set up systems, such as automating your finances, using a written budget, and setting up recurring reminders. This way, you don’t have to rely on your own discipline, and you can leverage outside help. Getting this set up may require some time up front, but you’ll soon reap the benefits of both time, mental energy, and reduced stress.

Breaking the steps down helps you pick up momentum. When you complete these four steps, you have a sense of pride and accomplishment, and you’ll be ready to move onto the next step in your journey. The more progress you make, the more ingrained these actions will become in your lifestyle. Soon they’ll become natural — they’ll become habits.

These habits may start out being tough to implement, but over time, they become actions that you do without having to think about them. They become your “new normal.” This process has worked for me in my own life as I’ve built some positive habits:

Each of these took time to put into practice, but now they have just become a way of life. In the same way, I’m in the process of re-wiring some areas of my life and looking to make improvements in various areas. Some examples include:

The best way to improve at something is to practice it consistently. For example, if you want to be a better writer, the best way is to write a little bit every day. Over time, this becomes a habit, and you’ll become better at writing. Jerry Seinfeld helped popularize this technique, which he calls “the chain effect.” In an interview for Lifehacker, Brad Isaac recounted a story describing the advice Seinfeld had given him for improving his comedy:

He told me to get a big wall calendar that has a whole year on one page and hang it on a prominent wall. The next step was to get a big red magic marker.

He said for each day that I do my task of writing, I get to put a big red X over that day. “After a few days you’ll have a chain. Just keep at it and the chain will grow longer every day. You’ll like seeing that chain, especially when you get a few weeks under your belt. Your only job next is to not break the chain.”

The most important part of this method is that Seinfeld was solely focused on the process of writing jokes consistently, rather than being motivated by the results. I’ve had this happen in my own life: I’m a better writer now after publishing over 100 blog posts in the last two years. Another example is my ability to play ping pong. I used to be terrible, but after two years of playing every day during my lunch break, I’ve improved significantly. This advice of seeking small consistent actions over a long period of time is hugely beneficial as we look to make improvements in our own lives.

By breaking our goals down into actionable steps, setting up systems to reduce decision fatigue, and applying “the chain effect” to our thinking, I’m confident we can all improve on our weaknesses and accomplish our resolutions for 2018!