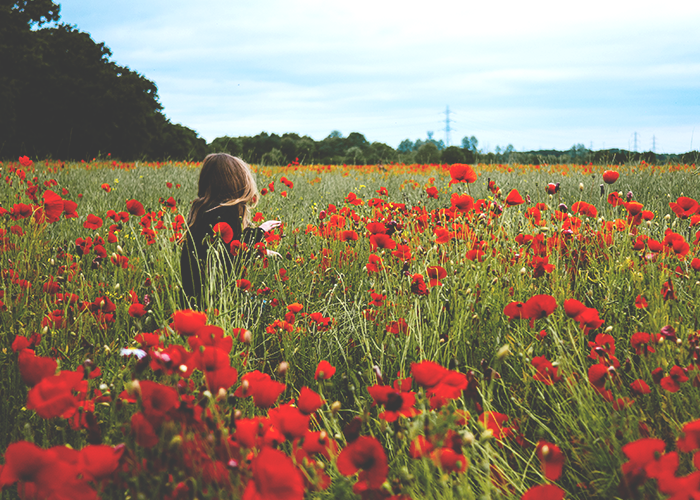 I know you’re super busy these days with your two whole classes and part-time job that mostly includes doing your homework and taking advantage of the printer, but I hope you take some time to read this. I have a few years on you, and I think you’ll want to know what I have to say.

You’ve reached your last semester of school, ever — congratulations! You should celebrate some, and really make it count. You might not see a lot of these people ever again, and you want to make sure you’ve made enough memories before you say goodbye.

But you know what? Almost three years later, you still talk to the people who matter, sometimes even on a regular basis. You’ve always been really good about that. You’re not done making memories. Sure, your college years are behind you, but isn’t that what you wanted? To be a grown-ass lady? My point is, don’t blow all of your time and money in the name of fun and early-onset collegiate nostalgia.

I know this feels like the prime opportunity to go out to dinner almost every weekend night before you leave this town for good, but you’re going to carry this habit with you when you move to a big new city, except now you’ll be paying your own rent. Overall, you’re okay with money, even though you have a lot to learn about how to grow it. That’s totally fine — we can’t have expected you to pick up anything about investing when all of your college classes had titles like “The Simpsons & Postmodernism.” But I think you underestimate how much you spend on food.

You know that scene in Miss Congeniality

where Gracie is upset because she screwed up a mission that resulted in one of her FBI colleagues getting shot, so she makes herself a frozen dinner? I think you’ve always taken the wrong thing away from that. This is not a prime example of independence; she’s just sad. I’m not totally sure if you realize it, but you’ve always had this warped idea that successful, independent people don’t have time to cook for themselves. They’re too busy being successful and independent! Plus, I know you’ve been reading a lot of great second-wave feminist texts, a lot of which are against a woman’s place being solely in the kitchen. That does not mean you shouldn’t ever set foot in the kitchen.

Maybe I’m not giving you enough credit. After all, you really enjoy making dinners with your roommate, which in turn is some good, quality time together. But you’re also pretty lazy about cooking for yourself otherwise, and no, it’s not because you’re too busy. Consider these dinners the education in cooking that you didn’t receive growing up. Start acknowledging that you were pretty damn lucky to grow up in a family where takeout or dinner at a restaurant was often the option, but also know that you can’t sustain that type of lifestyle as a newbie in the working world armed with nothing but an English degree. Also, alcohol will always be there. You do not need to spend all of your weekends consuming it like we’re on the brink of another prohibition. The novelty will quickly wear off once you’re out of school and you realize just how expensive bars in the city can be.

Also, not to be a downer, but you’re not spending enough time applying to jobs. I know it feels like you are, but you’re not. When you get that opportunity to interview for one very entry position at one very large company you really admire, don’t put all your eggs in that basket. I know what you’re thinking: This way, I only have to carry one basket! Plus, eggs are cheap. Can always buy more eggs. Sure, I get you, and you know what? You turn out fine. You work for free for a publication you love, which isn’t ideal, but boy does it open up some doors. But you also spend most of your first post-grad year at a temp job you’re less than thrilled about.

Kudos to you — you get the job pretty quickly, and somehow you start making it work. But you also don’t need to see every post-rent dollar you have as disposable. You won’t start paying yourself first for a good year and a half, and not to guilt-trip you, but that’s kind of a bummer for me. You have a savings account, so start putting money in it. I know it autosaves a dollar every time you swipe your debit card, which is, you know, something, but it’s really nothing if you just end up moving those savings back to checking whenever rent is due.

You have big plans, and a lot of exciting stuff ahead, mostly. Don’t worry; you don’t royally screw us over. I only wish you started taking care of yourself a little more when it comes to your finances. Because when the time comes to take a big trip or move somewhere else on your own, you deserve to be able to take those steps.

Oh, and you made the right decision when you opted for that street hotdog over going home with that dude the night of the senior booze cruise. Good job there.