Other People’s Choices Are Not A Personal Attack 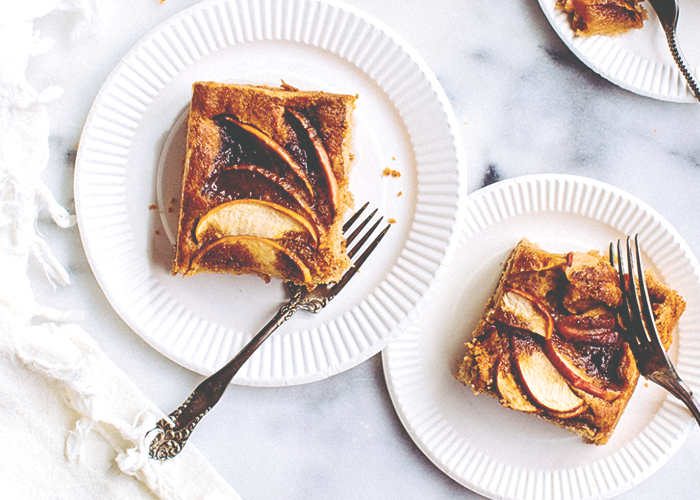 Yesterday, I spent a good amount of time defending myself on various platforms against the (not-infrequent) accusation that my detailing my Intermittent Fasting routine is somehow enabling or encouraging people with eating disorders. The angle is always sort of vague, and the solutions never really actionable, but the general idea seems to be that, because there are undoubtedly people with eating disorders who read this platform, we should either refrain from sharing or heavily censor/disclaim content that could in some way impact them. I was accused of “making a guide for how to not eat all day” — absolutely not what I described or do — as well as told that I needed to put more heavy disclaimers/warnings at the beginning of the content for those who might be triggered, when the word “fasting” is already in the title. There is no winning here, and I know this — no matter how careful I am to stay within the confines of “what works for me,” without ever veering into prescriptiveness, the complaints are the same. The real idea is that because my personal life choices might be wrong or harmful for someone else, I just shouldn’t share them.

I find this line of thinking incredibly offensive, particularly when it comes to something as personal and vital as one’s own body and health. What I put into my body every day, and how I maintain and take care of myself, defines literally every waking moment of my life, and having found something that has allowed me health and happiness for 1.5 years without sacrifice is absolutely something I want to share. (And something people want to read: I casually asked Twitter if I should write an article about the topic, and the response was overwhelmingly positive.)

We live in a culture where it is very difficult, if not impossible, to be consistently healthy when it comes to food and eating. We are bombarded with social norms that make eating heavy food the only way we can bond or socialize, constantly confronted with advertisements for the least-healthy options, and served portion sizes that would be more appropriate for several individual meals. Many people are looking for sustainable solutions that allow us to eat things we love without eating far too much of them, and IF is something that works for many people (a cursory Google search reveals not just its popularity, but its scientific and nutritional backing). Beyond that, various forms of fasting are very much the norm in many, many cultures, across continents and millennia. My article was nothing new or out of the ordinary, but because it could possibly come into conflict with someone else’s life, I shouldn’t talk about it.

This is a very common phenomenon on the internet, beyond just the (objectively sensitive) issues of food and weight. We have all seen an article about a personal life choice followed by an incensed comments section full of people arguing that because this does not apply to me, it should not be said, or should be said in a different way. It’s a feeling that a statement of fact for one person is in any way an indictment of, or attack on, someone else. And everything from how we parent, to our use of substances (including alcohol), to how we dress and style ourselves, to how we are getting married, feels like an opening to interpret someone’s choice as an act of aggression.

And yes, there are many things that other people do that would be dangerous or harmful for us. I strategically avoid email blasts and articles about online shopping sales, because I used to have a huge problem with impulsive, credit-destroying spending — but I fully understand that to other people, who are better at managing these things, it’s a perfectly useful and cost-effective way to shop. And as I get better and more comfortable with my own impulses and habits, I have started to loosen up a bit on these things. That is just me: there are people who are addicted to shopping and can’t even open a site that might show them certain ads or products, and that is totally understandable. But those things existing is not an attack.

I am used to defending myself on all manner of personal choices, because I’ve been writing professionally on the internet for five years, which means my life (and social media accounts, and comments sections) have pretty much just served as town squares for people to insist I cater my views and choices to their requirements. I understand that it’s much more satisfying to click on something you know you are going to vehemently disagree with or dislike so that you can comment disparagingly, but the oldest truth of the internet is still extremely relevant: if you don’t want to read it, don’t click on it. Part of learning to navigate the internet, particularly around topics that are sensitive to us, means not engaging with the stuff we know is going to upset us — even if we have the urge to jump in and correct.

There is a big difference between someone saying “this works for me,” and someone saying “this will work for you,” or even “this should work for you.” The latter is, of course, completely rational to take issue with and, frankly, a style of writing the internet would do better to have much less of. But this phenomenon of “it appears on my screen, therefore is pointing its finger directly at me” is ultimately an extremely self-centered way to view the internet. It’s the phenomenon that leads mommy blogging to be such an often-fraught community, where every choice and priority and statement is perceived as an accusation, where the most minor decision one makes in the raising of one’s child is subject to a thousand critical responses and counter-attacks. The same is often true in the communities of diet, beauty, fitness, and relationships/marriage — anywhere there are often-complicated relationships with one’s own body and mind, there are going to be incredibly ungenerous readings of another person’s choices.

But at the end of the day, no one’s choice is a personal attack on you. Truthfully, not everything is about you, and there is nothing stopping you from choosing not to read something you know is just going to upset you. I accept responsibility that, as someone with a decently-sized platform, I have to be conscious of what I write and be accountable to my readers. But the only sane and productive way of doing that is to make sure I write about myself and what has worked for me, particularly when it comes to things I am not an expert in, such as health and weight. I am careful to write in a way that is true to my experience and as helpful as possible for those who seek it, without assuming that my solutions will work for everyone. It’s all we can ask of one another, really, because there is no point at which one person’s lived experience trumps another’s, and that second person should not be able to write about something that is true and meaningful for them.

We all get to talk, but we don’t all have to listen.