The Problem With Those Motivating “Know Your Worth” Articles 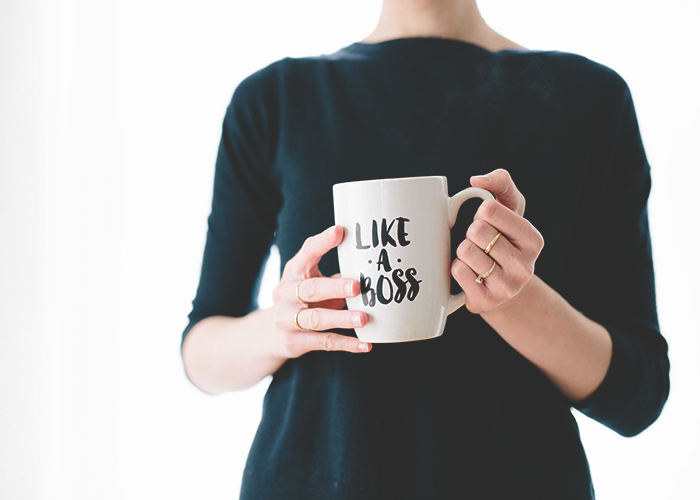 Lately, I’ve been reading a lot of articles centered on Women’s History Month, especially this past Wednesday, for International Women’s Day. (As I’m sure we all have.) Maybe I’ve become a cynic, but I feel a little numb to the idea of a mere month set aside to discuss women’s issues. That’s something I already do daily, in both personal and professional capacities. I can’t imagine a life without doing so.

I guess that sounds exhausting. Maybe if it hadn’t already been the majority of my adult life, it would be. But keeping up to speed with women-centric news developments and facts about the wage gap has become second nature for me, as I’m sure it has for most of the people reading this. Nevertheless, I’ve still been enjoying the many opinion pieces that have come to me via my Twitter feed and select email newsletters recently, because hearing stories from other women is a welcome, constant reminder that we aren’t alone.

But one thing I’ve noticed, especially in certain conversations about that ever-present wage gap, is that a lot of these discussions center around women who are earning less than they should be — but who are in a position where it’s feasible for them to ask for more, or at least look for higher-paying opportunities. Take this recent essay from Marie Claire. The author, Kaitlin Menza, writes about a less-than-desirable experience she had with a recruiter. When she asked for 5% more than the salary offer she was presented with — a 5% that would put her on par with the average salary for that kind of position — this is what happened:

I called the recruiter and I stated my number. This was her response: “Oh. Well. I’ll have to go back to the hiring manager to ask them. Are you sure you want me to? You’ll be starting off the role leaving a bad taste in their mouth. Don’t you want them to like you?”

I didn’t think. In all my preparation, I never considered she would answer with anything other than an expected, professional “I’ll need to get back to you.” I had never anticipated a response so demeaning.

I blathered: “No! I mean. No, don’t tell them. I’ll take it. Of course, I’ll take it.” I felt the job slipping away; I felt like I’d been arrogant. I didn’t want to lose it, so I grabbed on and prayed that she wouldn’t, as I was now concerned, rat me out.

I can’t tell you how much I identify with this situation — how many times, especially in my early days as a freelancer, I settled for what I now know was much less than I should have for a project, for one reason or another. Negotiating is still something I’m trying to figure out, and unless it has to do with a misuse of an attack card in Dominion

, I really don’t like conflict. It’s not always easy to know, at the beginning of a project, how many hours it will take, or how much I could reasonably expect to be paid. But with every new client I take on, I learn a little bit more. The same goes for salary negotiations. In the interview for the first “real” job I had, I didn’t yet know to ask for more than I actually wanted — I asked for exactly what I thought I should be paid for that position, and ended up accepting 10% less. (Other shitty things about that job: I was a full-time contract employee for about six months, and received no benefits. Needless to say, taxes that year were a giant wakeup call for what I’d gotten myself into.)

But I’ve been able to start turning down projects that don’t pay enough (which is easy to do when a lot of what comes your way is listed as “$5 per 1,000 words”). I have a better idea of what my time is worth, and while I’ll be consistently trying to increase my rates for the rest of my freelance career, most likely, I make enough to be able to save for taxes, emergencies, and retirement contributions without having to worry too much. At the end of the day, I can turn down a job if I know it’s not going to be worth my time.

What I don’t often see discussed when it comes to “knowing your worth” conversations is just that: the inherent privilege that comes with being in a position where you are able to ask for more. If you’re able to ask for a higher salary, or a higher rate on a project, it probably means that you are in a position to turn the offer down if it doesn’t meet your bottom line.

There’s a difference between knowing your worth, and being able to ask for it. Being in a position to ask for more necessitates a predetermined level of privilege — you have to be in a good enough financial place to be able to say “no.” Yes, I am uncomfortable with the idea of negotiating, and reading about how other women do it is important for my own financial health and growing stability. But the fact that I could potentially negotiate a salary or rate at all, and not simply accept the first low-paying gig that came my way because I’m desperate for any sort of income, is something I can’t take for granted. There are plenty of women out there who simply need whatever money comes their way. Knowing what you’re worth doesn’t help if you don’t have any bargaining chips to begin with.

I feel inspired by women who’ve overcome obstacles and burst through glass ceilings to become CEOs — they’re fantastic role models, even if that type of leadership position isn’t necessarily what I see for myself in the future. But I also know that I’m in a position where reading about “knowing your worth” and how to negotiate can actually benefit me. I don’t have too much to lose, but there are plenty of women who do, who are often left out of conversations about feminism and the workplace (something Chelsea articulates very well). And right now, I don’t have a solution. I’m trying to educate myself by reading more

and putting even the small amounts I can towards causes I care about. Yes, there is a ton of value in any woman trying to improve her circumstances by seeking better pay, especially in a world that has taught her to be okay with less. But there are others who just can’t afford to be picky.