How Procrastination Cost Me Hundreds of Dollars In A Single Month 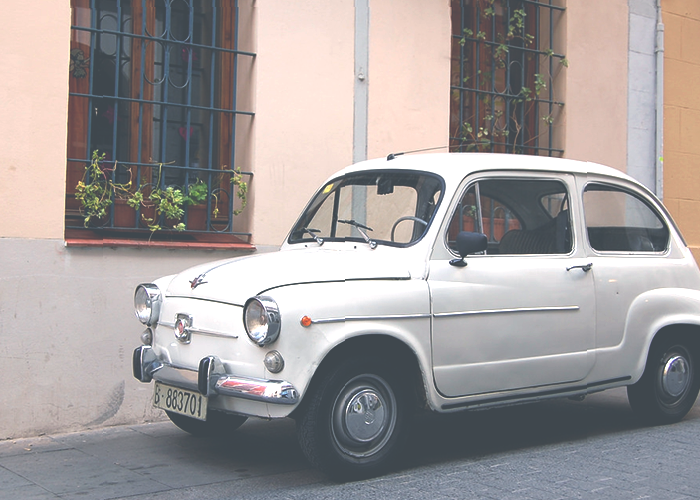 Earlier this week, I got pulled over for speeding. Speeding on federal property, I should say. I was cutting through a hospital to get to my destination faster, although I wasn’t even rushing to get anywhere in particular, just rockin’ out to the new Maren Morris album (not sponsored, but I highly recommend it). Listening to great music tends to take my attention away from the speedometor, and Maren’s “Second Wind” was no exception. Just as I was belting the lines, “Yeah maybe I’ve been down, down, down, down, but I always come back around, ‘round,’round, ‘round,” I saw those blue and red lights in my rearview mirror and my face went white. This would be my first speeding ticket. I could say that my mindlessness was my first mistake, but that is far from the case.

My first mistake was not registering my car in California within twenty days of moving out here, as is required. Instead, I waited two years, trying to use up my Connecticut registration first before it expired, but the cop got to me first and told me I had to register the car in California within 30 days, or I would be fined $1000. So now, on top of my $130 speeding ticket, I get to pay for registration, which will be another good chunk of cash. But wait, there’s more! Since I’m two years late on registration, I also get to pay the $50-$100 late fee that’ll be tacked onto the cost of registration. And these fees are both 100% preventable and undeniably my fault, which makes them even more annoying. As the song goes, I got nobody to blame but me. (That’s Chris Stapleton. You may have guessed by now that I have a fondness for country music. Please don’t hold it against me.)

Fun fact: car insurance in California is more than double what it is in Connecticut, especially because I’m a 24-year-old living in the heart of Los Angeles. Most quotes were anywhere from $200-$400 per month, even though, before now, I had a clean driving record. Simply being young sends insurance costs through the roof. The cheapest one I found (via a Yelp search, yes, I swear I am an adult) was through JSB Insurance Services and is $163/month, but I also have to fork over a one-time, $200-something “brokerage fee” for their services. So, how much money have I cost myself this month? $130 + $100-ish + $163 + $200-ish + however much registration is (in total, it’ll add up to well above $600). So, essentially: a shit-ton.

Point being, don’t be an idiot like me. I opted not to register my car immediately because I had just moved out here, was building up a savings account, didn’t have a steady job, and therefore didn’t want to pay the registration fee. Once I got that steady job, it seemed like “a lot of work” to change insurance and registration (not to mention my license, which I just switched from Connecticut to California two months ago, only because it was about to expire). I, of course, neglected re-registering until it could no longer be ignored.

Well, guess what: now it can’t be ignored, and I’m scrambling to get everything done before my 30 days are up, AND I’m going to see a much larger dip in my bank account than I would have if I had just registered on-time.

Luckily for me, my mom used to watch The Suze Orman Show religiously, and so, since I was a late teenager, I have believed firmly in the value of a six to eight-month emergency fund, which Suze discusses the basics of here. Mine is saving my ass right now. Obviously, emergency savings are not developed overnight, and when you’re working paycheck-to-paycheck, the last thing you want to hear is some asshole yelling at you to get an emergency fund. (Me. I’m that asshole.) BUT if you have any spare funds you can set aside each month: 20%, 10%, 5%, even 2% of your paycheck, do it do it do it. Shit happens (especially when you procrastinate on important shit, like me), and when it does, any amount of emergency savings you’ve built up will be your absolute savior.

I wish I had some super-secret tips to save up for eight months’ worth of expenses, but honestly the way I did it is…I just don’t spend a lot of money where I don’t have to.

I saved up about six months’ worth of monthly expenses in just over a year, but my method isn’t anything particularly jaw-dropping. I spend a lot of weekends at home, I opt to drive places instead of Uber-ing, I don’t drink much, I choose to walk a mile-and-a-half from a free street parking spot rather than pay for parking, I do free things like hiking outdoors, I get my hair cut about once every two years (not recommended, but saves money), I buy new clothes about once a year (all at once) with money I get for Christmas, etc. etc. In essence, my lifestyle is less-than-glamorous, but my bank account is prepared for when I screw it over while trying to cheat the system. Or when I want to invest in something I really, really want (like a $525 Pantages season package to see seven shows, including Hamilton – no regrets on that purchase).

My main point is, as good as procrastination feels, don’t fucking do it. It will bite you in the ass, whether it’s car registration or a savings account or credit card debt or taxes or an unhealthy relationship. They will all come back to haunt you, and the longer you ignore them, the more ferocious they will be when they finally back you into a corner. Stay on top of your shit. Don’t be like me. You can thank me later.