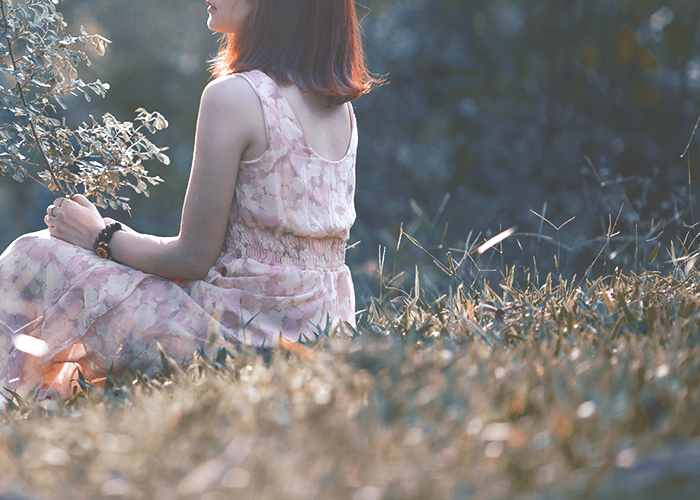 I have a friend on Facebook who loves posting those memes and eCards about how “everyone is getting married” while she’s thinking about “where to travel next.” The first time I saw one of those memes, I simply rolled my eyes and chuckled a little, but didn’t give it too much thought. Interestingly enough, I’ve been seeing them more and more lately around social media, or perhaps I’m simply noticing them more. Additionally, there are plenty of articles and thinkpieces floating around the interwebs that suggest X reasons why you should travel (or live abroad, or quit your day job, or do almost anything) before getting married. As someone who dated her boyfriend for six years prior to getting engaged, I’ve had a lot of time to think about this topic. And I’m just going to call BS on this whole train of FOMO-centric advice.

The idea that there are things you must do before you get married is very much wrapped in the fear that you cannot do these things after getting married. And therein lies the problem: this line of thinking promotes the idea that marriage is some sort of limiting inevitability that prohibits one from pursuing independent passions and dreams. It feels ridiculously archaic for a progressive group of young people, but some of us are still equating marriage with the demise of an adventurous life.

The decision to get married is not a depressing one, nor does it signify the downfall of our previously “single” selves. For me, it’s not an end at all, but a step forward — the decision to embark on a journey alongside another person. A healthy relationship that leads to a healthy marriage is one where both partners support each other’s independence, and want to encourage one another to pursue individual interests while simultaneously choosing adventures together.

Let’s think about those memes for a second. There’s clearly a defensive voice that comes through in these seemingly joking posts. It’s a voice that says, “Well you may be getting married, but I’m leading a much more exciting, independent lifestyle, and you can’t possibly understand because you’re a boring, married couple.” It’s just an adult version of envy-induced teasing on the playground, and it’s incredibly complex. There’s anxiety derived from the perception that everyone else is getting married, and a pressure to do the same. Simultaneously, there’s a gauntlet being thrown from anyone who posts a meme like this. The single person who posts this meme is recognizing that he or she feels a sense of “missing out,” but feels the need to put it back on the couples by saying, “You’re missing out more.”

But who is responsible for this hostility? This fake war is pointless. From my experience, as someone who’s now married, I honestly don’t think we look down on single men and women with superiority, or a feeling that they are leading a life that’s worth less than ours. My single friends are beautiful, incredible people, and I genuinely don’t think my life is any better than theirs, or worse than theirs. It’s just different. And different is okay.

I fully get that society plays a role in all of this. There’s an expectation that young adults will eventually find a partner, get married, and procreate. We all have that one family member who loves to ask, “So? Are you seeing anyone special?” at holiday gatherings. While our culture has a way of instilling expectations in our minds, it must be reiterated that, at the end of the day, there are no rules. There is no referee keeping score on our progress in life. There’s no “right” age to get married, and there’s no “perfect” time to start a family. There is no ruling that says you need to want to find a partner at all. And beyond this, there are no restrictions on what you can and cannot do at different stages of your relationships. You can travel as a mom, and you can travel as an 18-year-old right after graduation. You can be a wife and remain true to yourself. You can be single and confident in your life’s direction.

Of course, marriage is a big deal and a huge step, but it shouldn’t be viewed as something that cripples your individuality, or your desire to do amazing things. Marriage is a journey in and of itself, and it’s one that can be taken in conjunction with a zillion other journeys. Additionally, there is no actual war between single people and couples, so maybe we should stop pretending there is. Let’s put aside our defense mechanisms and our patronizing memes, and recognize that, ultimately, all life paths are right for the people who choose them.