The Question I Ask Instead Of “What Do I Want To Do With My Life?” 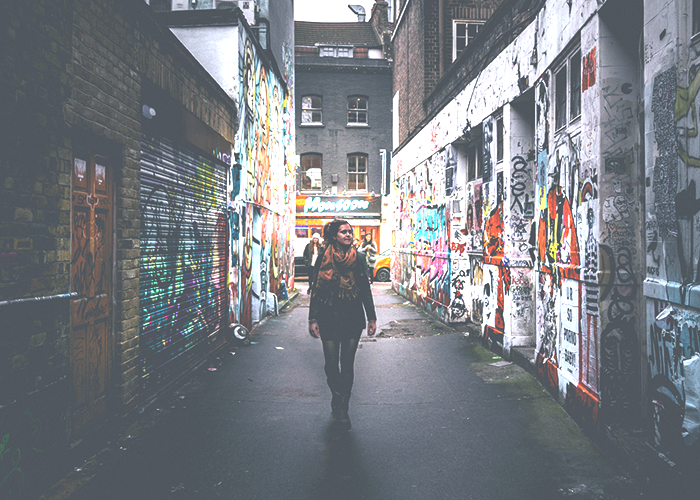 I used to be a certain type of person, the type of person occupied with the future. I am still this person to a certain extent, but not in the same ways as before. When I was 11 years old, I had my life mapped out according to one determinant — my career. Everything would extend from my chosen career fields: where I would live, who I would end up with, and all other important things were going to be molded in relation to my career, because there was nothing more significant than that. My future would be entirely determined by my career — I decided that at 11 years old, and began a fixation that has only recently ceased.

This fixation with careers and jobs had its merits. It made me knowledgeable about different fields and the specific paths that led to them. It gave me motivation to do well in school, to fuel a keener hustling mentality throughout high school and even university. It made me aware of my own merits, and align them with fields that matched my strengths. It made me fearless in networking and connecting with mentors. It made my résumé look spotless, my LinkedIn account longer and longer, and my “work” clothes define the majority of my closet.

I was the living entity of capitalism at its purest aim: a machine that lived to work.

So what happened? Did I experience some grand epiphany and forgo my career-based future? Did I experience a polar opposite reaction? Did I decide working wasn’t for me, and run off to travel under some wanderlust naivety? Of course not — take a cue from my use of diction. There was no epiphany, just a mere realization, a subtle clearing of the clouds, an acknowledgment that maybe careers aren’t everything.

I can’t tell you the exact moment all of this happened. My suspicion is that these sentiments have been brewing for a couple of years. I’ve always had a problem with devout faith, and it seems my career obsession became a dogma I was bound to question. For simplicity’s sake, let’s point fingers to my current circumstances: recent graduate,  “doomed” millennial with the cards stacked against her. You know the type of cards the newspapers consistently point to — high rates of unemployment, increasing education costs, all within a city that is more aptly labeled most unaffordable place in the world than the most livable. Really, Vancouver, livable? *Laughs hysterically.*

While most people in my current situation must be worrying about what to make of their futures, I have already spent most of my life fixated on it. Put simply, I am tired. I am tired of my obsession with the future and this one narrow determinant it must be based on. There are things I have neglected as a result and it’s time I redirected my focus.

I saw this quote online a few months before graduation and it seemed to be a catalyst for all those sentiments that were brewing inside of me, as I mentioned earlier. The quote resonated with me and naturally compelled me to learn more about Diane herself.

My limited knowledge of Diane Von Furstenburg (DVF) comes from years of watching Jeanne Beker’s Fashion Television as a kid. I knew she was a fashion designer, famous for introducing the iconic wrap dress in the 1970s. I also remembered her from her stints on reality TV, in particular The City that followed the “working” life of Whitney Port at DVF in New York. So in order to learn more about DVF, I did what I naturally resort to — books. I found her memoirs and read up on her, learning more about this woman and her perspective. The quote is directly from her book, The Woman I Wanted To Be. I learned some intriguing facts about this woman. She’s the daughter of a holocaust survivor, and once married to German royalty. The most fascinating aspect of DVF, though, is the certainty to which she knew who she wanted to be.

DVF was never fixed on her future as I naïvely was. She didn’t fret over particular career choices. Instead, she deciphered the exact traits and values of who she wanted to be, which she attributes to her mother, a holocaust survivor. DVF wanted to be independent and free, two traits that continuously define her narrative in fashion, business, and in her personal life. For a career-obsessed individual like myself, this was mind-blowing. While lost in the action of determining what to do with my life, I never considered this aspect of my future — who did I want to be? Be, not do. There is a clear distinction between these two verbs. Acting as a doer is second nature to me. In my senior year of high school, I wrote next to my yearbook photo, “Go,” because that’s how much I believed in the action-based lexis. But where the fuck am I going if I have no knowledge of who I am becoming?

I have become fascinated with this question. Who do I want to become? What traits do I currently demonstrate, and which ones do I aspire to embody? And more importantly, how will these traits navigate my future?

In considering this new direction, I am not forgoing my career for some nouveau-hippie self-discovery. I still have my plans, my very career-oriented plans (or blue prints as I like to call them — more flexible connotation). I just don’t fancy talking about them anymore. There was a time when career talk defined me. I loved talking about my plans, and learning about others’ plans. But after a few working stints, I’ve realized the banality of such conversations.

I’m on this search to understand the why behind people’s stories. Why do they follow certain courses of actions? What are the principles and values that steer their action? All these years spent on figuring what to do with my life, what careers to pursue and synonymous garbage, and finally, I am learning the valuing of just being. Being what? I am not quite certain, but I am learning. I am reading everything I can get my hands on. I am listening, attentively now, for these themes.

Returning back to the fundamental question of who do I want to become?

I could try to pinpoint certain traits I aspire to be — spirited, empathetic, and strong. There is nothing wrong with these traits, they are wonderful and admirable of course. But as I listed such traits, I found myself frustrated. It felt as if I was narrowing my existence to a handful of adjectives. At this age of 23, I can name these traits, but what if my answers change in five or 10 years? What if the traits I value now diminish as I grow older, and inevitably change? How could I capture this feeling into a single idea of my characteristic aims?

Trying, trying, trying. That’s what I will never stop valuing. At this age or later, I will always strive to being committed to the trying. I won’t give up easily on anything, and I will always try to be better and to do better. This devotion to such learning and trying of improved human existence provides me a form of optimism not inherent to my nature. It defines my will to live. If I don’t try, then why is there any intent to continue and exist? With this understanding that I can adapt and relearn, I inherit a defense to any obstacle or emergence of self-doubt. The person who never stops trying is a person who has a why to live and can bear with any how — and that is the person I want to ultimately become.