[RECAP] The Financial Confessions Season 2 Premiere: What We Can Learn From GameStop-Gate 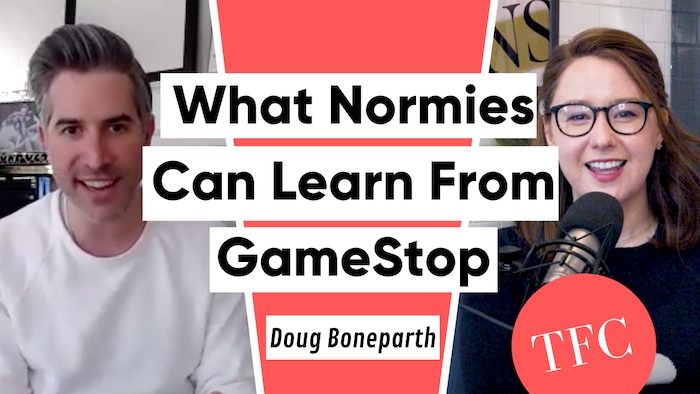 Recently Chelsea kicked off Season 2 of The Financial Confessions interviewing Doug Boneparth, a millennial CFP, founder of Bone Fide Wealth and author of The Millennial Money Fix. In the Season 2 premiere interview, the two discussed everything from the recent debacle surrounding GameStop x Robinhood, to the future of Wall Street and investing, overall.

But before we dive into an interview recap, here’s a quick breakdown of what went down with Reddit, GameStop, and the hedge funds recently, as summarized by Doug’s via TFC.

Essentially, this controversy came about because we have the “perfect” society for this type of scenario to take place. We have access to tech and free trading on the internet, the democratization of trading through apps like Robinhood, free-flowing communication through Twitter, low-interest rates. As such, we’ve created a financial ecosystem where we now have a group of Redditers identifying which companies have the shortest-term interest against them, who was betting against them. Add to the fact that a few hedge funds were shorting GameStop 140%. So, they decided to buy as many GameStop shares as they could, bidding up the price and squeezing the hedge funds that owned them. Then, Robinhood ceased trading of GameStop, AMC, and other meme stocks, and in doing so, a David vs. Goliath narrative emerged.

Now, put it in Robinhood’s perspective: in order to actually accommodate the trading of these stocks in the volume that was taking place, they had to stop trading or there would not be a business. There wouldn’t have been an issue with say, Microsoft or Google or any other mega-cap company since transacting those shares is relatively cheap. But with beat-up stocks like AMC, where the volume is nowhere close to the mega-corporations, it became more expensive for Robinhood to trade this stock. So, Robinhood doesn’t make a profit after a point, and they felt a need to step back and get liquidity.

As a brokerage firm, Robinhood has many financial requirements, including SEC net capital obligations and clearinghouse deposits. Some of these requirements fluctuate based on volatility in the markets and can be substantial in the current environment.

Optically, however, it looked terrible. You can even follow the money: Robinhood sells order flow to Citadel, Citadel throws money at Melvin Capital which lost 53% of their fund by getting squeezed through GameStop, so welcome to the incestuous-ness of Wall Street.

In short, Robinhood’s model encourages people to look at stock trading like a short-term game which is not necessarily a sustainable or healthy way to look at investing. It’s risky,  and even people with all the education in the world on investing, still get it wrong. So it’s not something that is always encouraged amongst financial experts. However, investing long-term is not always appealing to those seeking instant-money gratification, as you’d have to put your money up and away, and not look at it for years.

Still, there are stories about how people have taken their own lives after seeing their account balance on Robinhood. You see the absolute danger of playing this game when you don’t have a fundamental understanding of finance. This is an issue that permeates all throughout Wall Street. This is the Golden Age of financial literacy. One of the most powerful things you can do to change your life for the better is to learn about budgeting, task-setting, and having goals — not just money goals and investment, but just basics to live a better life. Once you get the foundations and have the knowledge, you can use these tools to benefit you versus recklessly throwing darts at various ticker symbols and hope you’ll hit it big. 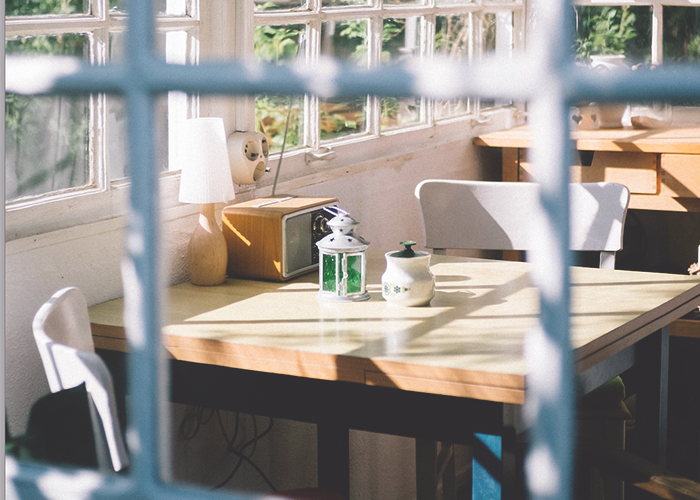 Budgeting / Investing 20 Common Money Mistakes & How To Avoid Them

As for how the pandemic contributed to this situation? Well, it’s simple. The Fed helped the S&P rally from March onwards, shaping a lot of would-be millennial investors who assumed that stocks only go up, while pushing the narrative that, since people have stimulus checks (aka surplus cash), they should casually play the financial markets (recklessly).  So if you’re a first-time investor, your opinion of the stock market is that it’s easy, anyone can do it, my homies on a forum say we should attack the institutions that have oppressed us since 2008 and earlier, and so forth. Basically, if you bought individual stocks like Zoom or Peloton during COVID, you went hyperbolic with your money.

At the same time, people are having a tough time believing that the bull run will continue for 2-3 more years. Nobody knows what the black swan situation is that comes along, because while the pandemic shocked the system it was also met by the Fed and their open market operations. Are we going to see hyperinflation, though? It’s all just hard to predict what’s going to happen in the next 12 months versus the next 36 months. A big shift will happen, but it’s unclear when or how it’ll occur.

For millennials and younger generations, it’s normal to harbor some sort of resentment against the financially oppressive forces outside of your control. But, what does that accomplish for you, mentally or financially? If you’re that angry and upset, create a nonprofit or become a politician or try to make a change for the better at a big level. Or, go micro instead of macro, so that you’ll be able to achieve your personal goals, regardless. Only your behavior will dictate how you handle and respond to future events. At the end of the day, no one cares more about your life, than you do. So invest in yourself (and your future) accordingly, and as you see fit.