How Being Rich Made Me Feel Like Sh*t, And How I Changed It 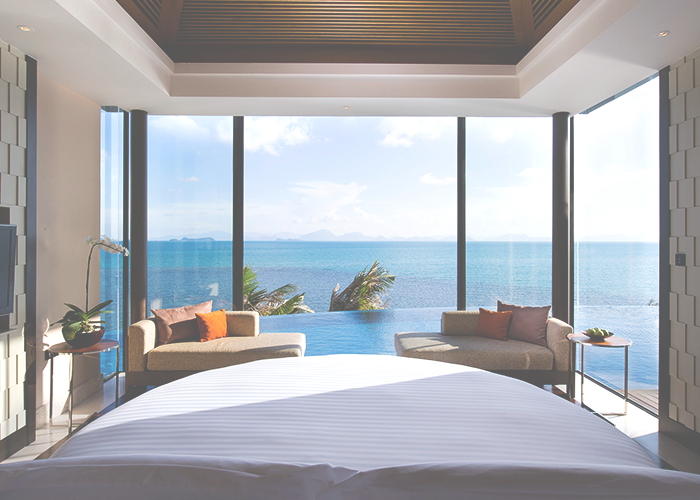 As you may or may not know, I’m struggling to open a new online school that opens people’s eyes to what money means both in their personal lives and within a larger context. It’s a bitch. People don’t want to talk about it. They’re embarrassed; they’re afraid; they dismiss it as “below them.” Even people who, by all objective measures, are successful enough to have earned a lot of money would rather do anything than talk about it.

It reminds me of the days when it was uncool to talk about your sexual preferences. Man, was it taboo. You could date whoever you wanted as long as no one needed to deal with it. It ruined the self-esteem of generations of people who felt like whatever they were doing was just plain bad. They hid who they were.

From my experience, nothing real ever comes from lying to ourselves.

There’s something incredibly freeing about deciding to be honest with yourself and others: to live authentically within your circumstances, instead of trying your hardest to be someone else. I know because I tried for 36 years, and I burned out.

I got to the point where I needed 30 pills a day to just keep going; I never slept. I became a zombie, not living nor dead. The ironic thing, of course, was that it looked like I had all sorts of shit going on :  I had been mentioned in Vogue for the brands I wore as a career-woman. I was overpaid. I went to the Hamptons and ate at restaurants that didn’t accept reservations from “regular” people. I traveled to islands where only a single, five-star resort could fit on the sand.

I was raised to see success in only one way. It had to look like a photo out of Vanity Fair, and it sure as hell had to arrive overnight, or it wasn’t “real success.” After a decade of working like this, my soul died of starvation. I had become a parody of a real person.

I quit my job, had two kids (which REALLY kicked my ass), and had to decide 10 years later whether or not I wanted to give up entirely on creating a life for myself that actually mattered to me and no one else. I decided I wanted a meaningful life. It’s been a hell of a journey since then. More struggle than realized success, but I’m hopeful.

One of the upsides of selling your soul early on to make money is that you do accumulate financial resources that you can use to fund something you actually give a shit about. So I asked myself, what are people fucked up about most, emotionally and in their daily lives, that is preventing them from getting the bigger things they want in life? What’s keeping them from actually realizing their deepest wishes? What’s standing in their way?

Everywhere I looked, I saw us sabotaging our most important relationships: either for money, or because of the stressful effects of poor money management. We live lies and use our hard-earned money and symbolic success to impress people who don’t give a shit about us. We do this and end up in a position where we don’t have enough money to fund our future golden years, much less give our kids the opportunity to get a college degree without a huge financial burden around their necks in the form of student debt. We’ve all heard the statistics.

Our beliefs and behavior surrounding money are madness. Our collective stress from not dealing well with money is even killing our entire economic system. Because when we don’t even know enough about it to have an informed opinion, other people make our decisions for us. In this case, Wall Street votes and acts for us, and our government goes along with them. Politicians respond to where the money and the noise are loudest. Since we haven’t expressed a knowledgeable opinion about money, Congress legislates for Wall Street. Wall Street’s got an opinion. They sound like experts. We don’t. It sucks for all of us. We all lose. Occupy Wall Street tried to change this dynamic, but, in my opinion, failed; their tactics didn’t represent a balanced approach to finance that resonated with the majority of people. But we can try again differently. And again, and again.

Whenever someone asks me, “What if it doesn’t work out?” I respond with the question, “How is the status quo working out right now?” If the status quo isn’t getting us closer to what we want, we need to change our approach, methods, and philosophy. As a mother, I see my kids are struggling right now to make a decent living in this economy and financial framework. We, as parents, are not learning enough about how money works to be able to empower our own kids today. We begin to change when we support each other through our personal struggles with money, not shame each other. We begin to shift the game when we learn about money for ourselves, for the betterment of our families, and for the larger economy and its political mechanisms. We need to reconnect with the power of this learning.

There are very few resources available to us in this physical world that are as effective as money. But what we do with our money has to be understood on a much deeper level before we wield money to its highest effect. And we need to align our financial actions, day in and day out, with our unique purposes.

Money will never make you happy. How you use money to improve the future of your loved ones and help other people will.

Meanwhile, my money school is looking like a hot mess behind its sleek, digital walls. We’re writing classes that redefine what money is in a way that I don’t believe has ever been done before. We’re shooting video. If I’m going to be honest, it’s been personally painful because I SUCK AT BEING ON CAMERA. In front of a camera lens, my mouth goes dry. The sparkle that I usually bring to an in-person conversation can’t find a human target. And, apparently, I have highly-distracting hand movements that don’t look good on film (??). The challenges have been endless. I feel like a donkey’s ass, every day.

But my team and I are doing it. And, as humiliating as the first products may be to me (I’ll probably never be Oprah in front of a camera), I’m still going to put my work out there. Why? Because I care more about helping people understand money than I care about protecting my pride. I’m over myself. I realize now that I’m just not that important in the whole scheme of things; my only wish in this big, beautiful world we live in is to make a difference, no matter how sweaty and awkward it looks.

The prize is worth the fight.

Jane Hwangbo is a former investment analyst and portfolio manager who founded Money School with Jane, a personal coaching program designed to change the way individuals see and interact with money. Visit her website or find her on Twitter.