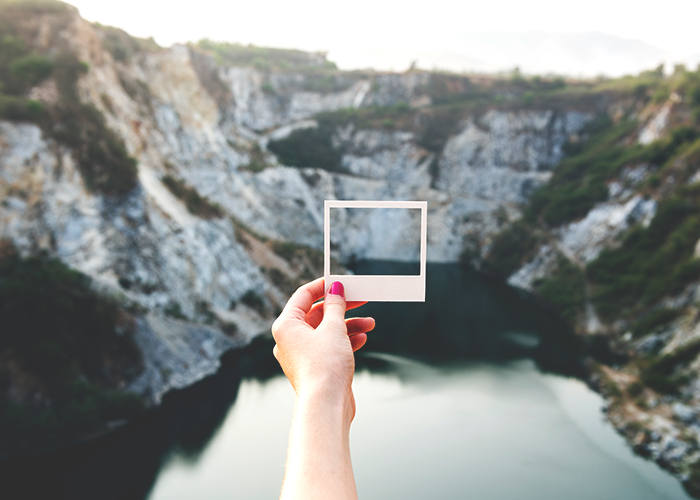 Well, I’m currently on vacation in one of Marc’s and my favorite cities, Miami, after a long-yet-exciting two months for TFD. (And yes, I work a bit on my vacations, both because that’s the price of being a business owner, and because I genuinely enjoy it.) Either way, I’m here, sitting poolside at a very luxurious hotel we managed to score for six days with a little point-gaming (take that, points-obsessed finance blogging bros!), and I couldn’t feel happier or more satisfied to be here with my beloved string bean.

But being here, in this obscenely-photogenic city, in this lovely hotel on the quiet-yet-lush north side of the beach, it’s also a time to seriously throw a visual ticker tape parade on social media. I’ve shared a few pictures so far, but I fully admit that it’s hard not to want to post some of everything — it’s just so gorgeous, and being an Instagram user for over three years now, I have very much gained that muscle memory of “Hey, wow, this looks great, I should add it to the ol’ grid!” It’s not exactly a feeling of “It’s not real if I don’t share it” — particularly as I am sharing everything in real time with Marc — but as I am someone who works on the internet and to an extent makes social media a part of that work, I definitely have a feeling of wanting to “cash in.” And don’t we all? The bathing suit shot you feel happy with, the glorious breakfast spread in the diffused morning sun, the stunning shot of architecture on a long walk: they all make up the highlight reels of our lives, and there’s nothing wrong with that.

But I do often feel that showing more than the highlight reel is deeply important, especially financially. We are constantly projected images that are manipulated if not outright deceptive, and when it comes to basically anything that costs money, that chasm between “what we see” and “what we can do” leads us to easily overspend. (I make it a point to reiterate that this trip was entirely on points, because if it weren’t, the hotel and airfare alone would have cost us about nearly $3,000, and we could never have done that right now — and I don’t want to give the impression to the people that follow or know me that we could. I don’t want to contribute to a false sense of reality that is already a huge enough problem in the blogging world.)

For a long time, we speared a hashtag called #TotalHonestyTuesday on Instagram to keep ourselves tied to sharing more of that reality. And after about two years, after being featured in tons of outlets (and even in a TV segment!), we decided that it was time to retire the hashtag for us and move onto different projects, different series and themes on and off the site, and different modes of transparency. (I’ve been doing a series for Medium’s business vertical that is all about radical honesty in the domain of starting both a business and a media organization, a level of transparency that today feels much more scary to me than an unflattering Instagram shot, but I’m happy and proud to be doing it.)

Either way, a commitment to transparency is something we will always believe in here on TFD, and in that spirit, I thought that on the occasion of my very photogenic trip, I would write a (somewhat) lighthearted list of some of the things I never post on social media, lest my presence on these platforms convince you otherwise. And while we’re at it, I’d love to hear some of yours — so as they say on YouTube, sound off in the comments below! 🙂

Ahem. Without further ado, the shit I definitely do not post on social media:

1. Those days when I feel emboldened to go totally makeup-free, only to catch myself in a mirror where I look like I have recently died, and proceed to frantically apply a little tinted lip balm and mascara.

2. The utter faceplant that was our plan to buy my parents’ apartment. Ultimately, it feels like more of a bullet dodged than anything for our current situation and needs, but long story short, we did not do enough research on the terms of that building before we started the process of buying it (including ending our lease, which left us scrambling for a new place). And because I made the epically-stupid choice to even briefly mention it when we were possibly doing it last year, I now have to live that comment down basically once a month in the form of “What happened with your parents’ place?”. Guh.

3. The dozen-plus selfies I delete when trying to find a good one with the lighting of my office windows, which provide very good lighting for photographing items yet always make my face look weirdly pallid and surprised.

4. The times last year when we were stretched so thin at TFD waiting for checks that we had to go through our personal checking accounts to keep payroll going, and had full-blown panic attacks in the aisles of a Duane Reade wondering if we would actually be able to keep this ship afloat through 2016. (Speaking from 2017, we are very much afloat. Bicep emoji.)

5. The friends I’ve slowly removed from my feeds because as much as I wish I could say we were still close, the truth is we haven’t been for years and never will really again because that just happens sometimes in life, but seeing them popping up all the time just causes a pang in the gut that is half-guilt and half-nostalgia.

6. The time yesterday I came out of one of the pools at our hotel feeling extremely chic and Acqua di Gio, only to find that my bikini bottom was coming undone, so I quickly saved it as it was literally falling, but not before the middle-aged man in front of my definitely saw half of my cooch. (I then proceeded to frantically tie it back together behind a bush while a few old ladies looked on from a cabana.) And yes, this actually happened yesterday, which I might also add was our first day at this hotel, so I look forward to humiliatingly crossing that guy in the lobby a couple more times.

7. The time last year I forgot to pay a $60 bill for several months and tanked my already-not-perfect credit score by over 100 points. Yikes.

8. The dinners I eat which consist of piles of cheese I microwave until it turns into this unspeakably delicious cheesy crisp that’s melty in the center, accompanied by baby carrots and apple slices so I feel like I’m not just punching myself in the stomach, nutritionally.

9. The super-scary letter I got from the government about my taxes from a few years ago about which I frantically emailed my accountant, and which will in the best of scenarios probably cost me at least a thousand dollars when all is said and done. (The lesson here being, of course, I should have gotten a fucking accountant sooner, because I am an idiot with no attention to detail.)

10. The severe sleep-deprivation period I went through for about three weeks last year as a combined byproduct of my anxiety disorder and a time of extreme outside stress (mostly financial, but also logistical, when it came time to move totally unexpectedly in fucking Manhattan). Basically it resulted in me hallucinating through half of my days because I was running on 45 minutes total of sleep, and screaming at several people I love to the point that they had to distance themselves from me, something that makes me feel humiliated and heartbroken even now when I remember it.

11. The clothes I didn’t fit into early last year when I was stress-eating, and deeply not taking care of myself, and gained about 15 pounds without even noticing it.

12. The period of severe turmoil our book went through. For legal reasons, I can’t say too much, but to make it short, our book has a new publisher now (one we love and are so, so excited to share our ample good news about as soon as we can!), but it was a serious fucking trial to get where we are now. You will have the TFD book very soon, and we are even going to be doing some extremely-exciting things when it comes time to promote it, but at this time four months ago, we felt like we wanted to quit it all because things were so unexpectedly terrible and upsetting. It was a serious path of hot coals we walked over, but we are SO glad to be where we are now.

I didn’t share these things on social media, and yes, perhaps that makes this past year a bit less honest from your point of view, but I hope if nothing else, this list makes you feel a little bit better about how imperfect my life is, just like yours and everyone else’s. The highlight reel may be lovely, but the lowlights are just as vivid, and maybe we’d all be a bit better off if we talked about them more.