Sorry, But Going Out On Valentine’s Day Is A Waste Of Money 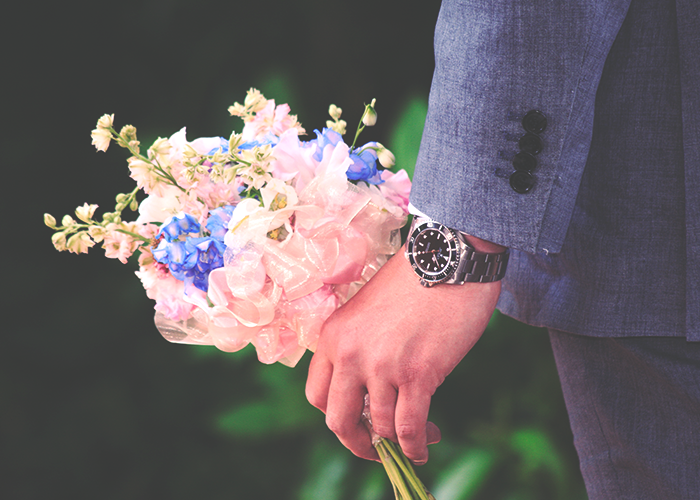 Unless you’ve had the good fortune of avoiding pharmacies and department stores for the last few weeks and haven’t noticed the vibrantly-red displays lining aisles that were formerly inhabited by office supplies or tampons, you probably know Valentine’s Day is six days away. The Hallmark of Hallmark holidays that pushes people to define their relationships, take the ~next step~, buy each other gifts, and lord their Couple Status over their single friends is almost upon us. While Valentine’s Day isn’t my favorite holiday, I don’t hate it or ignore it completely. I mostly just don’t feel like I need one day to be defined as a Special Day To Celebrate Love because I try to make each quality experience special in its own right. I don’t want to only cELeBraTe mY reLaTioNsHiP one day out of the year, nor do I want to only have champagne one-to-three times a year.

In short, I’m not opposed to making Valentine’s Day special, but I refuse to set foot in a restaurant on Valentine’s Day. I’ll go three days before Valentine’s Day or two days after. But I’ve never been to a restaurant on February 14, and I’d like to keep that streak going. Valentine’s Day is just a guarantee that Andre will be knocked up to the price of Dom Perignon. The restaurant experience involves sharing small plates of delicious-but-unsatisfying food while bumping elbows with the couple next to you, because they decided to drive their server crazy by sitting on the same side of the table. (I have experience waiting tables on Valentine’s Day, so I can say with some authority that it is The Fucking Worst.)

Not to mention that, for some couples, going out to dinner is just the beginning. The presents component of Valentine’s Day prices is just as frustrating. February is one of the most expensive months to buy jewelry because of the V-Day surge. (And in the week leading up to Valentine’s Day, 34 million tons of mine waste is generated as a result of gold jewelry sales.) And when the calendar turns to February, it suddenly gives delivery services authority to mark flower prices up by 50%. If you spend $100 on a Valentine’s Day meal, $50 on flowers, and $75 on a gift, that’s dropping $225 on a holiday that was thought up by the real-life equivalent of Don Draper (though, let’s be honest, we all know Peggy was the one doing the legwork).

I truly have no idea, but it doesn’t stress me out simply because I will neither be giving nor receiving gifts. I generally prefer experiential gifts (such as a gift certificate to try a new restaurant) over the typical V-Day candy-and-gold-type haul. However, for a holiday like Valentine’s Day, getting each other presents is just not in my boyfriend’s or my budget. Not even two months ago, we exchanged Christmas/Hanukkah/etc. gifts, so we’re done with presents until one of our birthdays roll around. The pressure Valentine’s Day puts on couples to spend, spend, spend on each other is overwhelming, and it also puts those who can’t shell out for a miscellaneous day in February in a financial bind: no one loves to feel like they’re the one guy who didn’t get their S.O. a $50+ gift. But, at the same time, is that grounds to cough up the money anyway? Absolutely not.

I think the relative ambiguity that comes with Valentine’s Day is part of what makes it an unnecessary expense. If you’re waiting for Valentine’s Day to be that One Special Day for your relationship, sorry, but you’re doing something wrong. You need to be putting less pressure on the ides of February and more effort into making every other day with your partner special.

In lieu of going to a restaurant on Valentine’s Day, I will be making a nice meal at home. Valentine’s Day restaurant deals are like the anti-Restaurant Week. The decor is tacky, and the food is overpriced and paired with wine called Lover’s Delight Red that is loosely described as a “red blend” and/or the elixir of love. My boyfriend and my anniversary falls a couple weeks before Valentine’s Day so, for us, it’s redundant to spend on a nice meal out when we already covered that base a few weeks ago. Last year, we stayed in and made moules frites and steak on Valentine’s Day, which I definitely think we should make a tradition, if for no other reason than I haven’t made mussels since.

A few weeks ago, Chelsea wrote a piece about why it’s crucial to make small moments special, rather than trying to make the big events perfect. She says,

“Whether it’s Christmas, or New Year’s, or a 30th birthday, or a wedding, the idea is that we should of course celebrate in the way we want to, but we should also remember that it is just one night among many in our lives, and that it doesn’t have to be more picture-perfect than any other time. We can do our best to have a special moment, but we can also remind ourselves that, if we choose, we can create what is special about these moments at any other time in the year.”

In my opinion, this is 100% pertinent to Valentine’s Day. I don’t want to ignore the holiday altogether, but I also don’t want to put pressure (and money) into a corny and fairly forgettable holiday. I’d rather make it slightly special — attainably special — than hype up the night only to not meet the expectations I set. And I’d rather put my effort into making other days special, instead of pinning my hopes on one Sunday night in February.