How To Split Rent & Utilities With Roommates (Without Screwing Anyone Over) 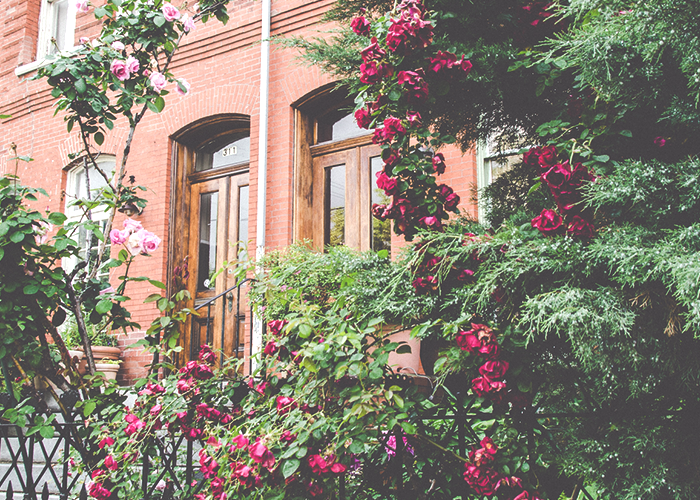 Moving in with new roommates is a nerve-racking time. Whether it’s with complete strangers, good friends, or even your significant other, you’re probably exhausted from the hunt, and relieved to finally be locking in a place to live. Not so fast.

Rent is a crucial and inflexible part of your budget, and once you lock in your amount from a rent splitting algorithm, it’s only going to go in one direction — up. You’re tired and stressed, and talking money is probably the last thing you feel like doing. But take it from me, who once screwed it up: it’s an essential conversation to have before you commit, and you might discover, like I did, that everyone has a different idea of what’s “fair.”

What I Did Wrong

I was moving in with Kelly (a friend of a friend) after a whole string of crazy craigslist sublets, so I was ecstatic to finally be signing a lease, and with someone who wasn’t a complete stranger, no less. The scramble to find a decent place in a competitive rental market is always intense — anything with four walls and a parking space is snatched up within days, so the race is on to charm the landlord and get your application in just to stand a fighting chance. On top of all that, I was trying so hard to make Kelly like me. In my desperation for a stable place to live, I overlooked the fact that she needed me as much as I needed her, and I was determined to seem chill, easy-going, and fun to live with. So we went from “let’s just apply, and we’ll talk about it if we get it” to “we’re approved, but if we want it we have to sign asap!!!” before I could so much as form the question in my mind — but how are we splitting the rent?

I remember hovering awkwardly in the living room on moving day, all my stuff in a pile, awkwardly trying to broach the topic of who would get which room and for how much. Kelly, of course, was unfazed, and breezed right into the master bedroom with the ensuite and balcony like it was her birthright. I foolishly shrugged and took the smaller bedroom under the assumption that great, my rent will be cheaper then! Oh, past Helen, you fool…

When I eventually worked up the courage to ask, I realized I’d made a horrible mistake in waiting to have that conversation. Kelly had assumed, it turned out, that we would split the rent 50/50. She figured that the rooms were similar enough. I, with my smaller closet, lack of balcony, and access only to the guest bathroom, disagreed. What ensued was a month-long standoff in which Kelly avoided me, refused to discuss anything by text or email, and generally made me fear a heated argument might break out at any moment. I quickly grew to hate being in my own house.

Finally, it came time to pay the first installment of rent, and she was forced to talk. Within moments of that conversation, it was clear that she had no interest in discussing it with me. It was her way or the highway…so I chose the highway. Quite aside from how we split the rent, I realized I couldn’t live with someone who respected me so little that she wouldn’t even hear me out on something so important. So I arranged to move out immediately. Lucky for me, our landlords were fine with me replacing myself on the lease, but the whole experience caused me a lot of stress, and I ended up having to start the whole apartment hunt again.

All this could so easily have been avoided if I’d spoken up and had the rent split discussion before we committed to that apartment.

What I Did The Next Time

Fortunately, my next random craigslist roommate and I were perfect for each other, and are still cohabiting to this day! It was easy to come to an agreement about how to split rent and utilities, because we talked about it in advance AND listened to each other’s opinions and needs before moving ahead with the apartment.

There are a number of different ways to decide on the split, and ultimately, there isn’t one that’s fair in every scenario. I recommend taking a look at all of them, and comparing the results. But in the end, it’s all about having the conversation early. Make sure you find a split that everyone is happy with, and if you can’t, then maybe ask yourself whether these are people you’ll really be able to live with.

4 Ways To Split The Rent

As you can see, there’s a bit of variation, but (with the exception of the square footage method) they all would have been in about the same ballpark for Kelly and me. Ideally, we would have looked at these numbers, and perhaps decided on an $850/$750 split as a nice middle ground.

Maybe your gut instincts are the same as your roommates, in which case, great — you can avoid all this hassle! But when your guts don’t align, these are some great tools to help you reach an equitable decision that everyone is happy with, without anyone’s feelings getting hurt. Just remember, there isn’t one “correct” way to split the rent, but if you can’t come to an agreement everyone is happy with, it might be time to walk away.

Helen Burak is a writer and aspiring badass of Australian extraction. She has been fumbling her way through life in Los Angeles since 2014. She can currently be found working her administrative magic at a small tv literary agency, writing avidly in her downtime, and dabbling in amateur electronics in her garage. Helen is also a UCB-trained improviser, and plays regularly across town with her team Iguanodon (named after the dinosaur).