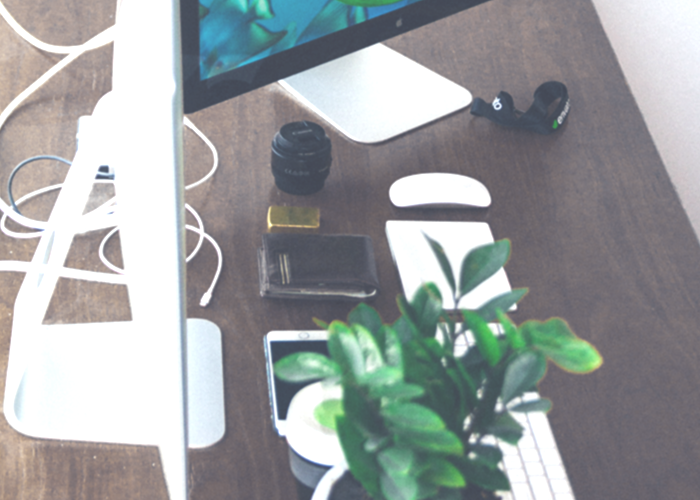 Finding myself at a point of transition in my career, I have been taking careful consideration of whether I am on the “right” path. Periodically I ask myself, am I taking the right step now to qualify for a position I want to apply for in the future… do I really want the PhD I’m working toward? When should I make moves in a different direction? And, what do I need to feel fulfilled?

My background being is in political and economic research, and I’ve accepted what a tough path lies ahead. Academia and public policy are male-dominated environments. And, more often than not, the unassuming Weber-loving nerd turns out to be the most cutthroat competitor when there is a research grant to compete for. Sometimes, academia leaves me feeling that I have a better chance at becoming a supermodel or getting struck by lightning than I do at finding a well-paid job in a field I am passionate about.

I know that it comes with the territory, and part of that is seeing some of my former classmates from graduate school move on to accomplish incredible things. A year has passed since our graduation, and I am happy for the success many of my fellow graduates who are working with refugees in Syria or analyzing geopolitics at consulting firms. I, myself, do feel very fortunate to have spent two years studying alongside some truly brilliant minds.

And, I hoped to find similar success within the job market. Instead, I spent m o n t h s sending applications to employers who rarely ever responded. I also struggled with semi-employment under supervisors who undermined the value I added to their companies. It took nearly a full year before I was even hired at my current position.

Like I said, I am happy for the success of my classmates who are working with refugees in Syria or analyzing geopolitics at consulting firms, but that doesn’t mean I don’t have doubts. While I get to cross Madison Avenue every morning on my way in to a job where I learn new things daily, I sometimes wonder if it could be different or better. I see some of my classmates and friends whose unpaid internships at major NGOs turned into incredible full-time career-launching jobs. Even while some of them complain that they’ll “never rise too high in the diplomatic ranks,” the UN remains a hub of massive energy and incredible brand-recognition as far as a job résumé is concerned. They’re lucky to have it on theirs.

You see, three years ago I left my full-time and well-paid public administration job in Spain to pursue my MA in New York. I made this decision because I viewed it as the necessary next step in my career, yet I lacked the foresight to see how far an unpaid internship at the UN, the International Rescue Committee, or The New York Times could take me. Navigating my course schedule was tough, and I worked three jobs and frequent side gigs to stay afloat financially. I boasted a 40-60 hour work schedule on any given week. Yet when friends joke that I have held every job under the sun, I feel embarrassed not 100% “proud.” While they held prestigious internships, I dispersed myself in five directions in the name of #financialstability.

Moreover, there was a darker part of me that thought I was a little above unpaid work. I was older than many of my classmates, had spent several years as a financially independent career-oriented young woman, and I believed an unpaid internship would reflect poorly on my résumé  at that point. At my previous job, I tackled long-term projects that depended on my particular skills and work ethic. I had an actual and tangible impact on my community.

After I graduated, I spent a full year semi-employed and grew increasingly frustrated by the hours spent in front of a computer sending carefully-edited job applications (that would remain unacknowledged by employers.) Every time I got ghosted by a potential employer (a phenomenon a friend wrote a great piece on), I blamed myself for: being unqualified, for being overqualified, for not having accepted the unpaid internships that would have made me a frontrunner candidate, etc. etc.

There remains a part of me that thinks, why did I not just take out a personal loan and move to a cheaper neighborhood for a few months so I could work an unpaid internship. Would it have really been THAT bad? A few months of unpaid work would not hurt my finances with the intensity of a private education. I could have simply seen it as an investment in a more lucrative career opportunity down the road. Who knows, it could have been worth the risk of incurring debt with necessarily having the guarantee of a full-time offer after completing the internship. I’ll never know.

I completely understand why many students defend their unpaid internships in an era where internships for school credit are maligned as an insult to the middle class. Unpaid work rewards the people who are already privileged enough to accept it.  While the United Nations offers the glamour of hob-nobbing with diplomats in the Delegates Lounge, smaller countries from around the world cannot afford to sponsor their own citizens to represent their population in New York. Unpaid internships at institutions of this caliber don’t just reward the students privileged enough to work for free; they enforce a system that rewards privilege more readily than it does passion and hard work.

So have I learned a lesson about the dangers of being short-sighted…or, have I beaten myself up too much about try to meticulously plan for my future? Every morning on the MTA, I catch sight of someone’s blue UN lanyard or CNN press badge and think, “that could be me.” But, the moments of guilt are also the moments I forgive myself. I know that in working for pay, I’ve lessened the financial burden of my professional dreams on myself — and on my parents. The opportunities I walked away from were not necessarily the singular chances that are once-in-a-lifetime. I closed the door on unpaid work because I do not need an employer’s permission to do work I am passionate about and good at. What comforts me is the fact that when I leave my office every day at five o’clock, my time belongs to me. And there is nothing to stop me from collaborating with a NGO whose cause I support, or picking up a pen to write a story worth telling for a site such as this. My options are still very much open, and I have an entire life ahead of me, so it’s not worth reflecting too much on what could’ve been. For every feeling of that could have been me, there remains a that could be me, and a that can be me. And if I want it badly enough, it will be me.

Veronica works in imports and exports by day and as a political researcher by night. In her spare time, she enjoys cooking and making friends with dogs.