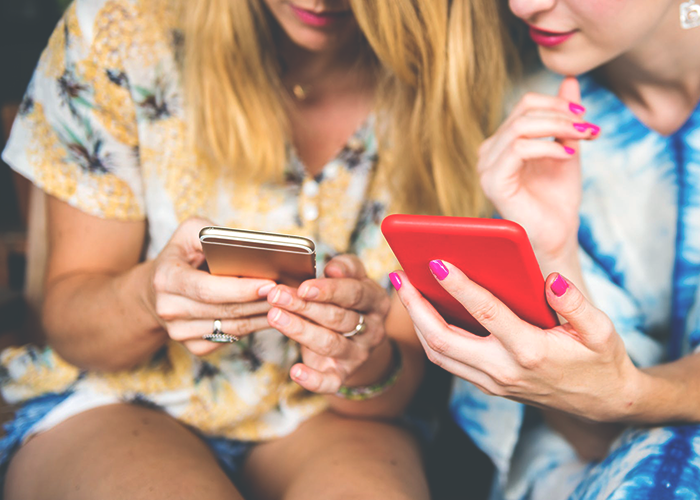 I have a confession to make: one month last year, I paid literally $312.45 for my cellphone bill, all because of data overages. And yes, if you are a loyal TFD reader (or frankly, even one with a passing familiarity of our growth as a company), this ridiculous bill came when I was well into being a business owner, late twenty-something, and in the habit of talking about money every day. I had improved on so many of my worst habits, but certain things still eluded me — things like not being a total idiot when it came to my phone usage.

There were certain times in that fateful month where using data was unavoidable, such as when I found myself in a cute Manhattan coffee shop with no WiFi (which honestly should be illegal in 2017) and had to use my mobile hotspot to send a large and time-sensitive document. But I would be lying if I said that the majority of my wasteful data usage didn’t arise from extremely dumb situations, usually lying in my bed at night/in the morning, mindlessly scrolling Instagram and Twitter while totally forgetting to switch on the WiFi. It was a confluence of factors (including some roaming charges) that led me to a true cold-splash-of-water amount on my monthly bill. I was using my phone like a petulant teenager, and at the time, I thought that the only solution was to get a large monthly data package because I simply couldn’t trust myself not to constantly be running over.

But, as with many things in my financial life, I have since learned that there is another solution. We have recently partnered with Freeway, an app which allows you to buy data specifically for the apps you use (and which suck up tons of data) for a fraction of the price. Basically, you download Freeway in your app store and pick the Overpass offer that works for you as in-app purchases, starting at $0.99. The plans give you unlimited data on specific apps or bundles of apps, for windows of time from a day to a whole month.

So let’s say, like me, you like to mindlessly scroll Instagram and Twitter, often while not on WiFi. You would pick the Basic Bundle which gives you unlimited data access to Facebook, Instagram, Spotify, and YouTube. But there are tons of other bundles, ranging from podcast/music lovers to sports fanatics to students who are always on the go. The point is, instead of paying a much higher monthly phone bill for more data across the board, you pay a small fee to just use the hell out of the few apps you’re always on. It’s basically investing in your own future cellphone stupidity, which is something that would have saved me literally hundreds of dollars in one month alone last year.

If I have learned one thing in running TFD, it’s that you must know your own bad habits intimately and learn to pre-empt them. My cellphone was a constant drain on my wallet because I was lazy and forgetful about connecting to WiFi, wanted instant gratification when it came to browsing while out and about, and never stopped to think about the programs I had running in the background that were just silently whirring away and draining my data (as well as my sanity, because frankly who needs constant push notifications about Instagram). The point is, taking the few minutes to download a simple app could be the difference between kicking yourself come bill time and not having to worry about it at all. The littlest effort we make up front can pay off huge when it comes to our money habits.

So stop your cellphone from being a drain on your budget, and start investing in just the things you need by downloading Freeway today. Your constantly-scrolling self will thank you for it, trust me.