My TFD Article Kicked Off A Woman-Bashing Hate Page 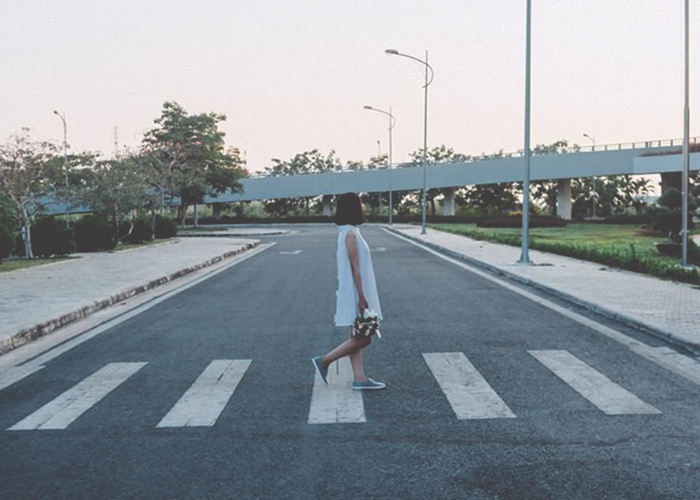 Last week, I wrote an article about the ethical considerations of hitting on women in the service industry.  A few days after that, an internet hate page in my honor went live.

Let me preface this story by making it clear that I am not a stranger to internet trolls (aka “people who post inflammatory and often offensive comments strictly to spark outrage”). I am a citizen of the internet, wherein trolling is basically the spectator sport of choice, and I have a YouTube channel. I get it. Trolling is the natural byproduct of free speech. For me, the number one rule of online discourse is not to engage, lest you give them exactly what they craved in the first place: attention and power.  And usually, I deal with it by imagining that the person writing those comments is a 12-year-old boy with Cheeto fingers and a backpack full of pre-algebra homework — because, let’s be honest, nothing creates inner rage quite like staring at letters who think they’re numbers — and then I try to restore cosmic balance by leaving a positive comment somewhere else.

But lone trolls are not what we’re talking about here. This was a hive.

It started with nasty comments on the article itself, which, though not the kinds of things that make you fist-pump by yourself in your bedroom, weren’t a huge deal to me. But then I got multiple woman-bashing tweets from random men I didn’t know, and my curiosity got the best of me. I figured that the odds of this many misogynistic assholes finding me and my article by themselves were roughly the same as pigs flying or Grey’s Anatomy accepting that it has told enough of its story already. So I googled the article. And I found a super-shady forum thread on a website renowned for its super-shady content, and it was dedicated entirely to hating on me, my article, and women in general.

For the next few minutes, I scrolled through post after post after post accusing me of being everything from a “fugly trust-funded princess” to an “incredibly unlikable whore.” There were helpful links to my Twitter profile picture and my YouTube videos to keep the dialogue going (in fairness, both of which were linked in my bio on the article itself). My piece was shredded for having the audacity to claim that women deserve to be able to do their jobs without having to duck creepy stalker-types and field constant misinterpretations of the friendly demeanor that they are paid to exude. The entire female population was belittled and demeaned for not having one specific set of desires and complaints for all potential partners (almost as if it’s composed of billions of free-thinking individuals or something!  Gasp!). One special infected armpit hair of society simply responded, “Dear women, get raped.”

But the truly nauseating fact is that by the time I’d finished reading, my most overwhelming feeling wasn’t anger, or disgust, or annoyance, or violation — though those were certainly there, too. It was gratitude.

These men, all but two of whom were anonymous users, had dedicated their energy to shitting all over women and their rights to exist outside of tiny, penis-shaped boxes, and I was grateful.

And that is a big freaking problem.

Especially because my experience was so ridiculously tame compared to what can and does happen to women with bigger and more important points to make than me. And especially because so many women never get the chance to speak up and force change because doing so could endanger their lives or the lives of their families. Trolls just pale in comparison to stories of actual stalkers and would-be murderers.

When I was little, my brother got obsessed with our school’s Fire Prevention Week. The theme that year was “Check Your Detectors,” and he became a bona fide zealot, following my mom around the house and badgering her for days on end. Then, when she finally gave in, they discovered the batteries were dead.  My brother was smug and crowy about the whole affair, my mom valiantly refrained from pushing him into traffic for it, and that should have been that.

Except that a couple of weeks after she changed the batteries in that one smoke detector, a water heater blew up two rooms away from where my siblings and I were sleeping. The noise hadn’t been loud enough to wake us up, and the smoke was so thick we couldn’t see the fire itself when we ran past it to get out of the house. Luckily, one of our smoke detectors finally had batteries that weren’t dead, which woke up my sister, who woke up everyone else.

In other words, if my brother hadn’t refused to shut up about dead batteries, we all might have suffocated in our sleep.

Sometimes important changes are the product of repeating the same message a thousand times, a thousand ways. So I’m throwing my story into the mix in the hope that it will bring the world even a millimeter closer to doing something about how it treats half of its population. Rape culture is real.  Harassment is real. Sexual assault is real. And women are, by far, the most likely and numerous victims of them.

I used a platform to address a frustration that I knew a lot of people shared, and some dudes thousands of miles away decided it justified a hate page and a barrage of personal attacks. I’d ask you to imagine what could have happened if my voice were louder or father-reaching, or if it happened to find the exact pair of wrong ears, but you don’t have to. You can just glance at the news or google it. My story isn’t special and it exists amongst thousands of others. But who knows? Maybe it will take its place amongst the “check your detectors”-type of litany that actually accomplishes something. And if not, at least the trolls didn’t get to have the last word.