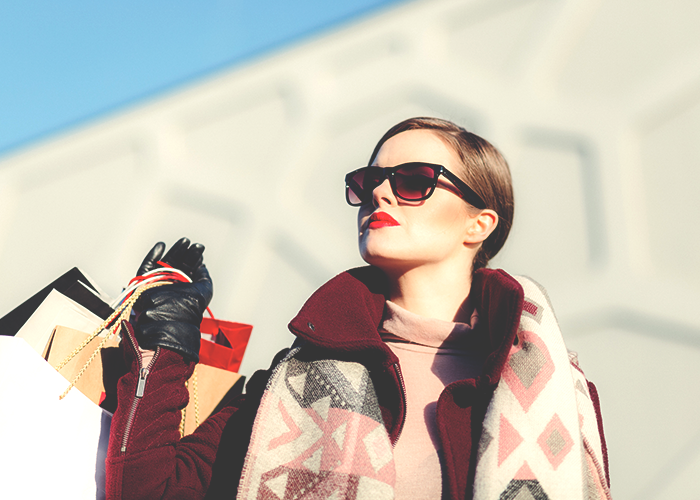 As a recent college grad, tax return season is my favorite, because I get so. much. back. I am well aware that the further into the adult world I go, the less I will be getting back, but I am happy to live in my bubble of naivete for a little while longer. It is one of the best feelings, to get that extra cushion of cash sent directly to my bank account for me to spend as I please.

I knew going into this year that I would need to spend the majority of my refund paying down my credit card bill — the balance of which I had let reach dangerously high levels during my summer of unemployment, and the period of time between getting hired and getting my first paycheck. I’d hoped I would be able to put the rest into savings. It didn’t go…quite as planned. Here’s my breakdown, and whether each item was actually worth the expense.

1. Turbotax fees for premiere software and e-filing my state returns: $146

I’ve been more than happy to pay the fee for Turbotax deluxe in the past. This year, I had to level up for premiere, because something about filing my Health Savings Account made it necessary. I also had to pay to file two sets of state returns, because I live in Connecticut, but work in New York. It seemed easier to pay these fees than to deal with the hassle of finding another option. (Not really worth it; I likely will be using another e-file method next year.)

I’ve been doing a good job of paying off my balance in large chunks, but not such a great job in not putting more things on this card. It felt great to be able to pay off the total balance, even though I had some things pending, so my balance is back up a little already. (Definitely worth it, even though I never want to put myself in a credit card hole ever again.)

I wanted to put much more away, but such is life. My emergency fund now has a balance of $1000, and I feel wonderful about that. (Definitely worth it.)

4. Paying my friend back for one round of Broadway tickets, and then for a second round: $370 (out of my “don’t touch” state return)

I knew I owed this friend $180 for tickets to see Jessie Mueller’s last performance of Waitress. Aaaaand then Sara Bareilles announced she would be performing the lead right after that. So my friend and I immediately bought tickets to her opening night, and my debt to her doubled. (Probably/mostly worth it.)

I’ve been struggling to lose the *gulp* 30 pounds I’ve gained over the last three and a half years, and I finally realized I needed a good kick in the butt to do so. Luckily for me, I held out on signing up at the start of the year and now they’re running a promotion where your initial fee of $40 is waived and if I lose 10 lbs. in the first 3 months, I get $100 in subscription or cash card. It’ll pay for itself, hopefully. (Worth it.)

As I mentioned, I haven’t been the greatest at not spending money once I pay down my credit card, but most of those charges are relatively necessary (or so I tell myself as I pay $20 to buy the lumbar support, cushion that was on the Amazon deals list a few weeks back). I haven’t given myself a true treat in a while, because I’ve been so obsessively watching my money. So I bought a new pair of ankle boots

on Amazon and some new, cute yoga clothes at Athleta (and, go me, everything I bought except my new yoga leggings were discounted by some amount). (Worth it.)

Remaining: $686, which will be used as my checking account buffer for now, but $200 of which I will be pulling out in cash to spend on a trip in two weeks so I stop charging to my credit card

I had hoped to put more of this year’s return to savings, but shit (or Broadway tickets) happens. I did learn something from tracking this return, and that’s to pay attention to whether your spends are worth it. I know now I probably won’t use Turbotax again, but also that using one-third of my money was worth seeing my credit card balance get to zero, even if I never want to have to do that again. I also think that by doing one big treat yo’self, I’ll hopefully stop excusing little expenses that often rack up to way more than just one big splurge. I might have to adopt this method of writing down everything I spend money on (at least temporarily) to help me truly pay attention to what I’m doing with my expenses.

Olivia currently works in marketing and likes to say she spends her free time doing yoga, reading, and writing, but mostly winds up obsessively checking Twitter and watching HGTV.