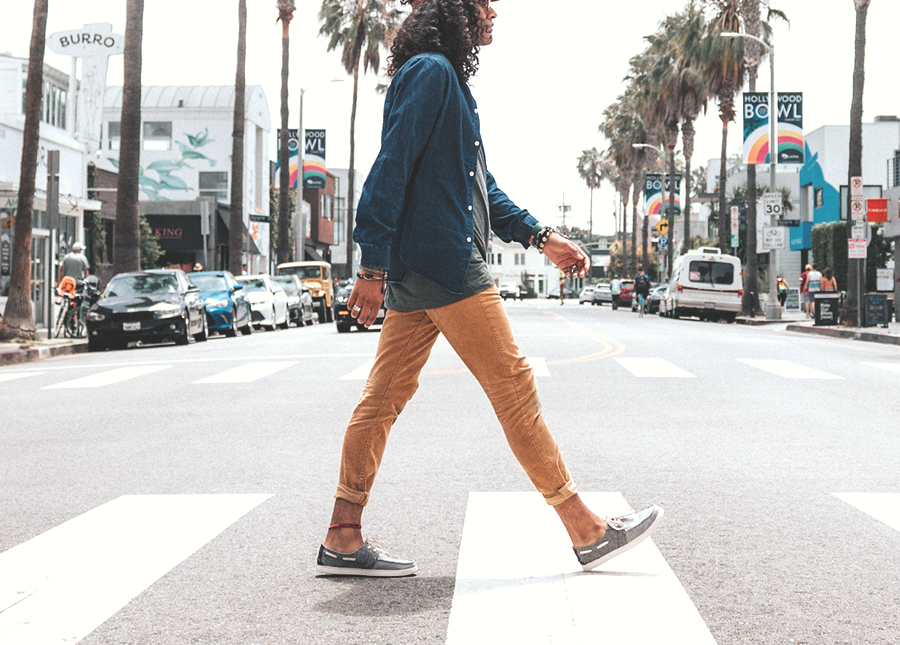 I have a confession to make: I fucking hate driving. It’s tedious and boring. It takes up time I could spend in other ways. It raises my blood pressure because everyone else is a really fucking bad driver, but definitely not me, I’m perfect. Cars are noisy, dirty, and expensive. And I’m expected to follow the rules of the road when I just wanna be all Fury Road.

So yeah. Me and cars? We don’t get along. And I’m not alone. Haunt the halls of lifestyle blogs and personal finance advice long enough, and you’ll run into plenty of people who have gone to great lengths to go without driving. Living a carless lifestyle is entirely possible for a lot of us, and the joys and benefits are many. Getting around without a car saves you a trunk-load of cash (see what I did there?), it’s better for your health, and it’s better for the environment. It can even save you time, in certain circumstances.

Below I examine the joys and practicalities of carless modes of transportation. It’s by no means a complete list, so I encourage class participation! Tell me all about your car-free mobility in a comment.

The wonders of the human body

The cool thing about being a bipedal humanoid is that we have all kinds of ways of harnessing our own kinetic energy to get from point A to point B. Walking is a great way to get around. It’s an incredibly easy form of exercise, it costs absolutely nothing, and it gives you time to finish an audiobook or three. Plus you get the added smugness of lapping drivers during rush hour. And let’s be real: financial independence is entirely fueled by delicious, delicious smugness.

And while the extreme bikevangelism of Mr. Money Mustache can be…well, extreme…he’s not wrong. More and more American cities are prioritizing cycling, making it easier than ever to share the roads. Cycling is great exercise, it’s fast, and it enables you to carry more cargo than you can while walking. Now that I work from home, I’ve realized just how little I need a car. Almost everything I need — grocery store, library, post office, hospital, husband’s office, drug store, breweries, restaurants, parks, pet store — is within two miles of my house. Even when I’m feeling lazy, that’s pretty fucking doable on my bike.

So I’m trying an experiment. I’ve parked my car in the driveway. And I’m going to see how long I can go without using it to go anywhere. I hope it gathers dust and dies of neglect.

The wonders of public transportation

Affordable! Accessible! Paid for by your taxes so you might as well use it, you fool! Public transit is one of the best ideas humanity ever had. From the trolleys of San Francisco to the Washington D.C. metro, public transportation makes it possible for bajillions of people to travel around more safely, efficiently, cheaply, in better health, and with a lower impact on the environment than they could if they were all driving cars.

When I was in college, I lived in a city with excellent public transportation, but I didn’t appreciate it at the time. I focused on the corgi-sized rats, the airborne crud that coated my skin, clothes, and hair after any amount of time in a subway station. I got all salty when the trains were crowded or late, and I rarely enjoyed the free entertainment provided by my inebriated brethren of the subway.

But guys. Do you understand how amazing public buses and trains are? For about $1.25, I got to go wherever I wanted within the city. A monthly train pass was pennies compared to what I would’ve spent during the same month on an auto loan, car insurance, gas, parking, and maintenance. I could travel to the suburbs half a state away on the commuter rail, or go to my parents’ rural town on the bus. I didn’t own a car, but my mobility was virtually uninhibited.

The city had a free van service for the elderly, disabled, or injured. Many schools and colleges ran their own shuttles at night. There were subsidized commuter passes for trains and buses alike. And while I sat, trusting train conductors to navigate gloomy underground tunnels without being hijacked by cannibalistic mole people, I could read. In four years of literature classes, I did more homework in the tunnels between the classroom and my apartment than anywhere else.

I now live in a city with mediocre public transit at best, and I rue what I lost by moving. I can still get around by bus within the city, but leaving the city is another matter. Increasing access to and the reach of public transportation could help reduce car usage in numerous cities. So keep that in mind on voting day.

My dog and I do not “go for a walk.” We go on reconnaissance missions. This is at least 86% because he has learned the words walk, stroll, evening constitutional, perambulate, mosey, reconnoiter, jaunt, trek, traverse, Cambiar, and sally forth. The other 64% is because we like to check out what’s going on in the neighborhood. There’s a guy who gets around on a penny farthing, I shit you not! He always wears hilarious spandex biking clothes and a waxed gray mustache and he’s basically my hero.

The other day we were nearly sideswiped by a guy riding one of these things. These Onewheels retail for about $1,500 and can go five to eight miles on a single charge. Which, compared to the cost of a moped, let alone a car, is a pretty good return on investment. And I know it’s bougie as fuck to keep extolling the virtues of something owned exclusively by San Franciscan tech bros, but…it’s so compact and speedy! Like a skateboard and BB8 had a baby!

The point is, a less conventional form of transportation than a car is a great way to broadcast your rebellious, bohemian lifestyle to the world. Kitty and her husband love their little orange moped (sorry I outed you gurl). And if it’s good enough for a Bitch, it’s good enough for you sweet yet ambitious land sharks.

Car shares have their place

Even for the most car-averse among us, sometimes a car is just useful. But if you find yourself in this situation fewer than three times a month, you might not be able to justify the cost of owning a car.

Enter the car share. Companies like Car2Go are popping up like daisies in urban and suburban areas, making it super easy to borrow a car for your monthly Costco run. Then, of course, there are the empires of Uber and Lyft and the beleaguered taxi companies scrabbling to hold onto their piece of the market. Getting a ride is easier than ever thanks to these companies’ mobile apps, and you don’t even have to drive yourself!

In defense of cars

It’s still really okay to own a car

I used to commute forty miles a day to work and literally the best way for me to do it was by car (hold your lectures, bikevangelists). When my car died and I needed to save up money for a new one, I spent four and a half hours and $10 a day getting to and from work on the bus. It was miserable and an enormous waste of time. And if I missed any of my transfers, I was basically screwed.

For those of you who are like “If it’s that hard to get to work without being a car clown, just get a different job closer to home!” I say a) easier said than done, motherfuckers, and b) I did. The point of this story is that we live in a country with a cultural, infrastructural bias for cars. Our towns are designed for car ownership, with most homes and businesses accessible by paved roads. We have a long way to go before carlessness is accessible and affordable for everyone, no matter their location, needs, and physical ability.

Sometimes owning a car really is just the easiest, most practical thing for your situation. And that’s okay!

Maybe you live in a rural area with dirt roads where things are spread out and there’s no public transportation to speak of. Or maybe you have a chronic disease or a disability that makes it impossible for you to walk or bike. Maybe you’re one of the elderly and disabled people who are sick and fucking tired of the inefficiency and abuse of Access-A-Ride. Maybe driving a car is an essential part of your job.

Whatever the reason, I’m not here to judge. I get it. Cars fucking suck as an institution, but sometimes they can be really, really useful. Above I’ve shared a number of ways you can enjoy avoiding pouring your earnings into a car. And I’d love to hear about more ways to avoid car ownership in the comments! But what I don’t want to hear are your excuses for owning a car. Because they’re not necessary. I get it! Sometimes you need a car. Let’s not belabor the point. Instead, let’s just share some ideas for lessening our car usage.

I mean: DOWN WITH THIS CAPITALIST WORSHIP OF FOSSIL FUELS! VIVA LA REVOLUCIÓN!