The Financial Confessions: “Getting Healthy” Cost Me My Apartment 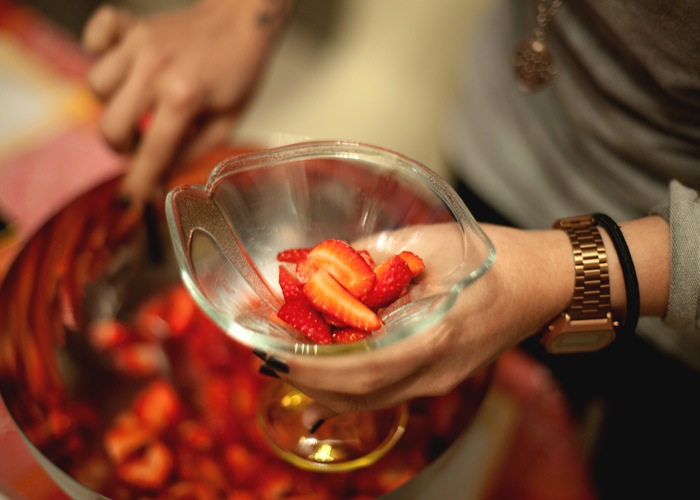 “I used to be much bigger than I am now. And even though I never liked looking that way, it wasn’t even being fat in and of itself that upset me so much. It was what it took to get there, which is my addiction: binge eating. I wasn’t a binger and purger, I was just a binger, period. I would stop by a drug store on my way home from work and stock up on all of the gross junk food I could get my hands on, or go to a fast food and get all my favorite things on the menu, then eat it ritualistically in my apartment while watching TV and messing around on the internet.

A lot of bingers will tell you that they didn’t even taste the food, but for me that wasn’t true. I loved the salt, and the sugar, and the feeling of getting to eat whatever I wanted to. (I’m not going to get into it but my mom has always been health-obsessed and our eating was really, really restricted growing up.) I would barely eat unless I was binging, because it was the only way I really enjoyed eating food. Sometimes I would even only consume about 2,000 calories in a day, but it would all be in Doritos and Tastykakes in my bed. At my heaviest, I was 5’4” and just under 200 pounds, but even then I didn’t see it as a problem. I just thought I was “treating myself” and finally enjoying the things I couldn’t have growing up. It wasn’t until my roommate caught me that I actually changed.

I would hide wrappers everywhere, and throw them out in huge trash bags once a week on my way to work, and one day I forgot my closet door was open and my roommate’s cat got into it, and tore open the trash bag, and dragged/threw wrappers all over the apartment while I was in the shower. I had a breakdown to my roommate and we both stayed up all night talking, and I agreed to get help.

For the first part of my recovery, things were going really well. I definitely still felt the urge to binge all the time but my therapist was really, really good (probably the one thing I don’t regret spending money on), and my parents were actually helpful instead of judgmental…which looking back I think was because my mom wanted me to get skinny. But for maybe the first six months, things were going really well.

But to put it simply, I started to get as obsessive about “health” as I had been about eating food. I had my therapist, then I got a nutritionist. I was at a gym, but then I bought four days’ worth a week of one-on-one sessions with trainers who weren’t even at my gym. Every week I would be trying a new sport or routine, and I would charge the sessions to my credit card to worry about later.

I drank healthy juices and ate really expensive, “whole” foods from fancy organic stores. I would buy these really complicated healthy versions of the junk food I used to eat, and I became so obsessed with these vegan cream cookies that I would walk an hour out of my way every day to go get one (for me it was awesome because that meant an extra 10,000 steps for free)! I knew that these were addictive behaviors, and that I was just doing my “junk food routine” with something else, but I couldn’t stop myself. I went on for almost a year like this, fit and healthy and 125 pounds, but totally addicted.

The bills started piling up but I honestly didn’t worry about them, because I had it in my mind that this was “for my health.” I was always good with money before that, even at times where I was binging twice a day, I knew to keep my accounts balanced and credit good. But I looked at my money on healthy things as somehow being more morally important, and I would justify every purchase in my head by saying that I didn’t want to go back to addiction, even though I was totally addicted in my health spending.

Being a “healthy person” became something I needed to do, and I realized that the world of health was a lot about the same impulses I felt when I was binging (my therapist loved talking about this)! Many people in the fitness community are always justifying the nicer workout gear, the better gym membership, the new class, because to them health has become somewhere between a religion and an addiction. It is something that they spend money they don’t have on (I knew a lot of people who could barely make rent but never missed a spin class), and it’s a lot about image. It was about how you looked in your clothes, how your Instagram looked, even down to all the pretty fruits in your morning breakfast post.

I think a lot of people look at it as a form of wealth display, because you have to be rich to eat “the right kind” of healthy food

, and afford these classes, and buy certain clothes. It becomes like fashion or anything else, where you want to show what you have, and with fitness it’s even more complicated because people view it as bettering themselves. I felt the same way, and it led me to spend myself into a huge hole.

It wasn’t until my cards started getting declined that I started actually opening up my bills. I was over 10,000 dollars in debt. My landlord started harassing me with phone calls because my last rent payment didn’t go through (no more funds). My roommate had always paid me the money and I handled it with the landlord, and having to go to her and say “I missed a payment by 15 days, and I don’t have the money for it” was one of the hardest things I ever had to do. She paid it and we agreed to move out, and that I would move back into my parents’ house.

I lost my independence. I had to leave my job, and take one in my parents’ town. And being around my mom is still really triggering from me, and makes me want to binge. But I have started to become more financially healthy in my journey to health. I go to a Planet Fitness, I eat fruits and veggies from the regular grocery store, and I don’t buy anything I don’t need (aka new Lululemon that I still covet on their website). I am definitely far from recovered, and I just started with my new therapist so we’ll see how that goes. But I am making payments on my cards, and I am working on getting out of debt with help from my family. It’s a start, and at least I know now that the world of “fitness” is not for me. It’s too expensive.”