The Financial Confessions: “How A Case Of The Sniffles Nearly Ruined My Credit” 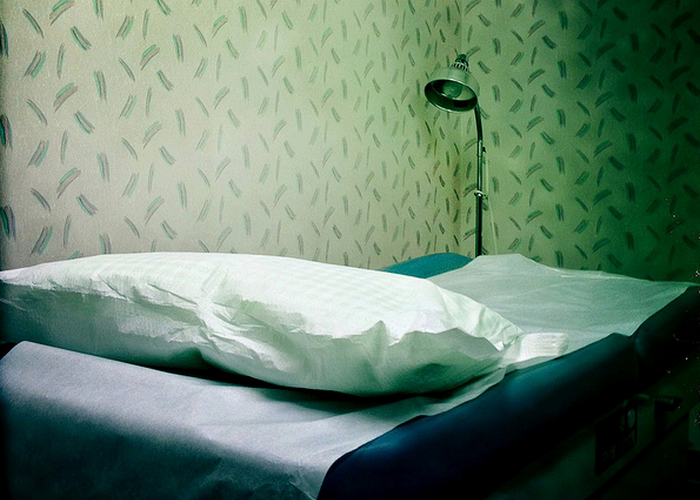 “First of all, let me say, I am a healthy person. I work out, I eat my veggies, I have no major health issues and I don’t go bungee jumping for funsies in my spare time. Medical bills can happen to literally anyone — I learned that the hard way.

About a year ago, it was the heart of allergy season. I had a major case of the sniffles. I met my friend for lunch in Union Square, she thought I looked terrible. I agreed. Maybe I had a sinus infection?

Okay, couldn’t argue with that (he really was, and he had great shoes). So I go into the office, hand over my insurance card, and see the doctor. No big deal, I just need an antibiotic. I’d never incurred more charges than a simple copay before, so I thought absolutely nothing of this whole exchange.

About a month later, I got my explanation of benefits (EOB) in the mail. The EOB said I had surgery, which couldn’t possibly have been true. I went for the sniffles! Plus, it said that it wasn’t a bill. I assumed this was some clerical error that would clear itself up because I wasn’t so great at adult problems at the time. Yes, I had all of the problem-solving skills of a toddler playing peek-a-boo.

Well one part is definitely true – your EOB is not a bill. It is an omen of future misfortunes. Hop on that immediately! A month later I started receiving bills from Beth Israel about my “surgery.” $400?? Absolutely not, not for the sniffles. This will clear itself up, I foolishly thought and threw it in the trash.

But the bills kept coming. Finally, after three months, I called them and told them to stop billing me, I didn’t have any surgery. They told me to take it up with Cigna. Cigna instructed me to file an appeal, which I did.

Well, it turns out, I actually did have “surgery,” if you use the definition of a maniacal healthcare system from hell. See what I thought was a flashlight, and by all reasonable definition looked like a flashlight, was actually a tool of surgery. It’s called an endoscope and it’s really real and it’s considered minimally invasive surgery. Who knew? 30 seconds of peeking into my nose cost me $400, even after the insurance discount. Just imagine the insane charges this would’ve been if I wasn’t insured. No, don’t imagine – it would’ve been a few thousand dollars. For the SNIFFLES.

But in the time it took Cigna to answer my appeal, the hospital sent my bill to a collections agency. I’m not even sure yet of the damage to my credit. Now, presumably when I want a mortgage in a few years, I will have to tell them about the time I foolishly went to a doctor for antibiotics.

Fast forward a few more months. I need to go to my gyno for an STD test. I am older, wiser, a street-hardened savvy insurance customer. I call Cigna customer service. I have her on speaker with my doctor and the nurse, like the most obnoxious patient you ever saw. They all assured me STD tests are free, I’m covered, even the lab, Quest Diagnostics, is in network. Fear not, young paranoid 20-something.

Aaaaand a month later, $150 bill from Quest. Words could not describe my frustration. Phone calls were made. Packets of information were put together. And lo and behold, I was cleared of all charges! And so, I went about my days in ignorant bliss, until about a week ago…

…when Cigna asked Quest for a refund, thereby charging me $1100 for my STD test. Oh yes, eleven hundred dollars. For my Obama-given right to know my STD status for free.

If you find yourself in a similar situation, here’s my advice:

1. If you’re insured by your company: talk to your HR department! Ask them to direct it to the insurance broker, if they have one. The broker has more direct contact to the insurance company than the call center you’d probably reach if you tried, and connections are everything.

2. Appeal, appeal and then go to external review. Send packets of information. Do your research. Go hard. Release your inner demons and/or Kraken. You get two internal appeals, and if those fail, you can file for an external review. See healthcare.gov for some good information. Then threaten legal action, if you’re sure you’re in the right.

3. Move to Cuba. I hear they have phenomenal health insurance.”