The Financial Confessions: “I Combined Finances With My Boyfriend Way Too Soon” 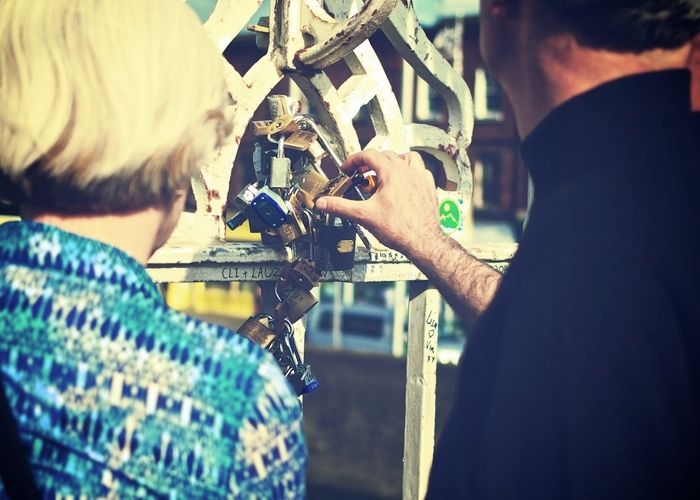 “When I was 25, I fell madly in love with a man who was a friend of a friend. Though we had gone to high school together, it wasn’t until we both were in the bridal party of a friend’s wedding that we “met” officially. The connection was instant, though looking back, I do suspect that I was trying to mold my life to a self-imposed timeline trap of settling down that so many women in their mid-20s fall victim to (that rant is for another day). Up until that point I had been a fiercely i-n-d-e-p-e-n-d-e-n-t grad student, working a full-time job at a local social service agency and taking orders from no one, particularly a significant other. Within two years, this version of me would not even recognize the person that I would let myself become.

We quickly moved in together (“Why pay rent/mortgage on two places when we spend every night together anyway?!”) and the relationship progressed extremely quickly. At the time, it was fun and exciting, and I was so enchanted with the thought of FINALLY getting it “right” after a string of failed relationships that I began to increasingly hush the logical voice deep within me.

When he suggested combining finances, it seemed like a huge step, but one that I wanted to take because we were building this life together. I entered into this agreement willingly, and with some relief as I would no longer have to think about money. (Red flag, anyone??) I closed my bank accounts and deposited everything into a joint account with the financial institution he worked for. The rationale behind this move was that he had a degree in finance, made about 40% more than I did, and was just all-around better equipped to manage the finances. Looking back, this was the moment that the dynamic in the relationship truly shifted, and I started to lose control of my finances. Within six months of dating, I was living in a house that he owned (and I was nowhere on the mortgage or occupancy permit, so there was no legal trace of me living there). And all of my paychecks were getting directly deposited into an account over which he had full autonomy.

We opened two credit cards: one in his name and one in mine. The theory was that the bonus reward points would be amazing, and having one large bill per month is easier to pay. Not being in charge of the finances, I was told that they were being paid off monthly, and I continued existing in blissful ignorance.

He proposed on a dream vacation to the Caribbean. I accepted. However, things sometimes get ugly, and occasionally that ugliness crosses boundaries, emotional and otherwise. Just shy of our two-year anniversary, I broke off our engagement and left. I retreated to my parents’ home with little more than my dog (love that mutt, but he can be a real asshole), a shattered heart and a strong sense that I was royally destroyed financially, as my newly-minted ex held all the cards.

His response was that of a wounded animal. Upon emptying all shared accounts, which was complete legal, but completely unethical, I was greeted with a text message informing me that this was my punishment for leaving my fiancé. The credit cards that I thought were being paid off had over $3,000 racked up, and it was conveniently on the card that was in my name. Adding insult to injury, I was in a serious car accident four weeks after leaving my relationship. I walked away from the wreck with my health thankfully intact, but with a mangled vehicle and a notice from my insurance that the full coverage I thought insured me for collision was not kept up, and I only had liability.

I needed to take charge of my financial life. I had given total control to someone who did not deserve it, and I was positively on fire with the need to claw my way out of the situation that I had allowed to happen. Within a week, I had secured a nights-and-weekend serving gig to help supplement my income as a social worker. Driving a borrowed 1988 pickup truck from a friend, I worked 70+ hour weeks, and saved 75% of my income to try to salvage what I could of my now unrecognizable life. My first priority was a car — I took all of my savings for two months and made a down payment on prudent Ford. All of the savings for the next month and a half was for the taxes and licensing. The next three months was the same routine, and the credit card debt was gone — I struggle with the fact that during this hellish time, I was undoubtedly paying off the “proposal vacation,” but that’s for another therapy session.

If not for my parents remarkable generosity, I would have been completely without options. They are by no means wealthy — my father purchased his first brand new truck when I was a senior year in high school — but they gave me the fierce love and support that served as the foundation for my new life. I lived frugally at home, created extensive spreadsheets tracking every dime I spent, and worked like a fiend to rebuild my savings. When I moved back home in March 2014, I was jokingly told by my father that I had a year to “get my shit together.” The proudest moment of my life so far was moving into a cute little rental big enough for me and that asshole dog to make a home with over $6,000 in my savings 369 days after moving in with my folks.

Where I went wrong was not falling for the wrong person, as this is all too common and soul-crushing, but not necessarily financially devastating. My mistake was allowing someone to seize control of my finances under the auspices of love and trust. My desperate desire to do the ant-line late-20s societal march toward marriage and babies caused me to hush my inner voice, and enter into a financially devastating situation, which, if I really examine the inner vibrations of my soul, I was never 100% comfortable with. Bottom line, collaboration toward a healthy financial future as a couple is a beautiful thing. However, abandoning all control over one’s finances is foolhardy, and it’s a mistake that will invariably shape my financial outlook forever.”