The Financial Confessions: “I Didn’t File My Taxes For 5 Years, And Here’s What Happened” 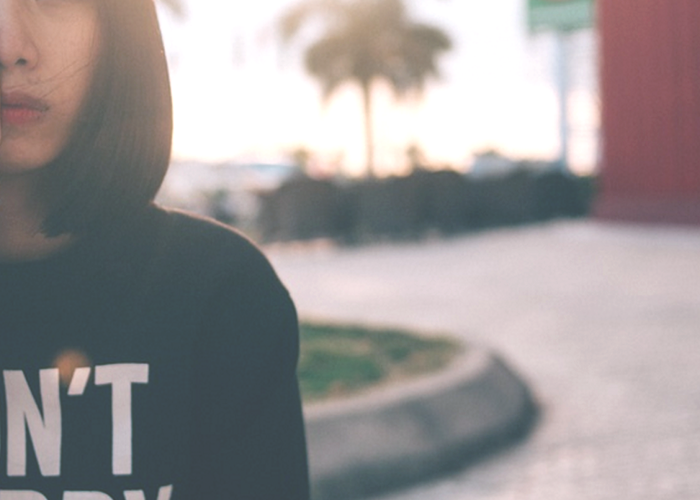 I made a lot of mistakes during those first few years, financial and otherwise, but a big one that I’m rectifying now is my taxes. When it came time to file my taxes for that first year of living on my own, I froze. I knew I would have to file state taxes in two states because of my move, and I had always had help filing my previous tax returns, so I had never done it on my own. Throughout that winter and spring, I would tell myself I needed to do my taxes, which made me panic, so then I’d tell myself I’d do them later. After April 15th came and went, I brushed off the whole thing with a “whoops,” and went on with my life. I figured I had paid my taxes all year and would be getting a refund anyway, so why bother? Future me, who would be better at adulting, could sort it all out and cash in later, right?

This same scenario happened again the next year. And the year after that, and so on for a total of five years. This year, when the W-2s started coming in the mail, I knew it was time to face the music, swallow my pride, and find a tax preparer who would slog through five years of old tax returns, and my current one, and finally get me out of this hole that I had dug. Fortunately, I knew someone who knew someone who would prepare my taxes at a discount — what I’m now referring to as “the pity rate.” I set aside the preparation fee in my budget, gathered all my documentation (I had to make some calls to get copies of some old W-2s, because my strong avoidance of all things tax-related had apparently included keeping important documents), and made an appointment.

I was half-dreading meeting with this stranger and explaining my situation, but honestly, half of me was relieved to finally be settling this. That relief took a hit almost immediately when, while reviewing my documentation, it was discovered that state taxes were not deducted from my primary income source for FOUR YEARS. And I hadn’t noticed. My main comfort during those years of ignoring tax season had been that I thought I had only been delinquent in filing my taxes, not in paying them, but alas, that was not the case. Seeing my panic, the tax preparer told me “The worst thing that can happen is that you owe money.” She told me that her mother used to always ask, “what’s the worst that can happen?” and then say, “well you can handle that.”

So, I’m handling that.

After a week and a half of agonizing about how this most recent financial mishap might impact my budget, I got a call from my tax preparer that she had completed the returns, and that I would “end up with some cash.” Rejoice! We set up an appointment and the next day I met with her to learn the full extent of what not filing taxes for so many years would mean.

All in all, I owed a total of $4,216 in back taxes because nothing had been taken out in one state, but I was getting a refund for 6 years of federal taxes, amounting to $5,887, as well as a $311 refund from my current state’s taxes from 2015. That put me at a total refund of $1,982, however the tax preparation for all six years came to $420, leaving me with a net profit of $1,562. There is a chance, however, that I’ll need to pay a penalty on the state taxes that I paid late; my tax preparer said that it could be as much as 12% of what I owed, which is around $500. To be safe, I’ll hold this money aside for the potential penalties for at least a year in case they decide to pursue it, although my hope is that by initiating the filing and payment of the taxes, I’ll earn some good will and avoid additional payments.

Even though I came out on top, so to speak, I still had an issue of cash flow. See, in order to reduce my risk of penalties for paying my state taxes late, I had to send a check for those taxes when I filed, whereas the federal refund will come in the mail weeks or months later. I didn’t have $4,000 on hand (I’m only just starting to build my emergency fund), so I humbly asked my mother to front me the money, which I will repay once the federal refunds arrive. This was just another pride-swallowing step on the ladder out of my deep financial hole, but now I’m standing on solid ground.

The obvious takeaway to this whole story is to file your taxes, on time, every year. Buy the software, ask a family member or friend for help, hire a professional tax preparer, or do whatever you need to do to just get it done. There are even a lot of services that provide free or reduced tax preparation services out there if you just do a little research and meet the qualifications; the IRS even has a program called VITA for people make less than $54,000/year.

The other important lesson here is to check your pay stubs. Make sure that state and federal taxes are being withheld. I didn’t receive hard copy pay stubs for the job that didn’t withhold state taxes; instead I was supposed to go to an online portal to view it each pay period, but I never did. They even sent around emails periodically explaining how to read your pay stubs, but I never followed the advice and it was a costly mistake.

It’s also worthwhile to review your W-4 annually to see if any of your information has changed. My tax preparer did a projection of my 2016 income based on information I gave her, and she recommended that I update my withholdings to take a little extra out each month to cover some projected income that will not have taxes withheld. This should cover me so that I won’t owe taxes next year, but I will have to remember to change my W-4 again for 2017.