The Financial Confessions: “I Had A Baby Before I Could Afford It” 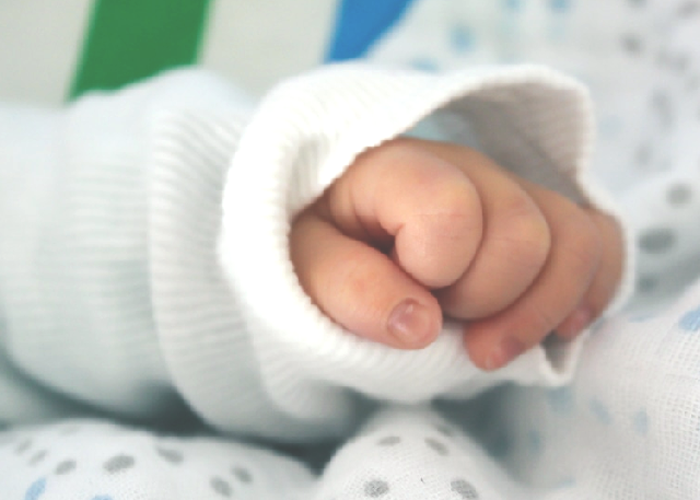 I’m 28 and I have an eighteen-month-old. Which most people really freak out when they hear, because you really shouldn’t be my age with a kid that is already walking and feeding itself. And if you had asked me even three years ago if I ever thought I’d be in this position, I’d say of course not, because I was a career girl who was going to take over my industry (publishing) and move it into the 21st century. I would be the guardian angel who would take my boring, often-overlooked imprint and make it something spectacular and modern (and most importantly, capable of making serious money). I was going to do that all on my $38,000 per year salary, somehow. I was that wildly optimistic young employee.

Which is why it was surprising to many of my coworkers that I was also the married-at-22 girl. My story is a little bit complicated, but the short version is that my boyfriend and I at the time (we had started dating at the beginning of college) knew that we were going to marry each other, but didn’t plan to do it until our mid-to-late 20s. We just thought that was the age that East Coast liberals got married, and it never even crossed our minds to do it a few months after graduation. But when his mom got very sick, we knew that it would be her ultimate wish to see her oldest son get married to the girl that he loved. So we got engaged, planned a wedding, and got married all within three months (the craziest summer of my life), and she passed away two months later. Though I probably would not have had that same wedding if we had more time to plan, I don’t regret my decision one iota because it was important to me that she be there.

So by the time I was 25, I was celebrating my third anniversary while getting my first little raise and promotion at my company. It was an odd mix of “feeling incredibly young compared to my colleagues,” and “feeling older than some of them in their 30s because I knew what it was like to be married, to lose in-laws, etc.” And when I got pregnant shortly before my 26th birthday, the “feeling old” part got kicked into high gear.

It was one of those situations that every young woman fears — we were on birth control, doing everything right, and I was dedicated to my career. It wasn’t the time, even though it was, on the other hand, the most exciting thing that had ever happened. We were scared shitless, to say the least, and hesitated telling people for a long time, because we feared that we would be judged or even jeopardize our careers. We live and work in very liberal communities, and the average age of first moms (from my perspective) seems to be early 30s. But when my husband, who works in city planning, was told by his boss that he could take a six-month sabbatical with reduced pay, and I would have a full three months, we suddenly felt reassured.

My parents agreed to help us out financially during his sabbatical, and with a little tweaking of our monthly budget (and taking on night and weekend gigs on both of our parts, me copyediting from home and him tutoring in students’ houses all around NYC), we would be able to stay in our beloved Brooklyn apartment. It was a decently large one-bedroom, so we knew we would have to move out by the time our baby was old enough to need his or her own room, but it wouldn’t be the kind of situation where we’d have to move before the baby was even born, which we’d feared enormously.

Our rent was $1,950 per month, I was earning $38,000 with benefits that we used, and he was earning $41,000. With our extra side jobs, we were adding about $1,500 per month in take-home pay, all of which went straight into savings or preparation for the baby. Where we used to feel comfortable with our finances, suddenly we were scraping to hold onto every penny, and we knew that it would only get worse in terms of pressure when the baby came.

Even with all of our preparation, though, we really underestimated how much of a hit we would take once his sabbatical kicked in. His income was suddenly chopped by 80 percent, and even though having him around the house for a full six months was an enormous savior in terms of care for our baby and me being able to work as much as possible, we realized within three of those months that we could not stay in Brooklyn any longer if we wanted a chance to stay afloat and save even a hundred or so dollars per month. While it was never something we wanted to do, our priority was unquestionably to make the best possible life and future for our daughter, so we gave our notice with our landlord and asked for help from my parents once again to help fund the move.

We were more in love with our girl than we could have ever imagined, and our employers were incredibly accommodating to us, but we were still devastated by our move to a small two-bedroom apartment in a pretty far-flung town in New Jersey. Suddenly our commutes were tripled, and if we wanted to grab dinner or coffee, we couldn’t just walk down the block to any of the vibrant places in our neighborhood. Everything was suddenly complicated, and since we couldn’t afford a car yet, we had to do nearly all of our shopping in the city on the way home from work and walk it from the train station a 16-minute walk to our place. Making ends meet became a panic every week, as my long hours were not allowing me to take on side jobs and still spend time with my daughter, and my salary had only edged into the low 40s. My husband worked incredibly hard through all of this, and took on every project he could from home on the weekends that would still allow him family time, but even with us busting our asses and making these sacrifices, we managed to save only $400 in her first year of life.

Since that point, we’ve gotten a small car and have adjusted more to our life in New Jersey. We’ve both gotten raises again, which have allowed us to start contributing more seriously to our little nest egg. We don’t love it here, but we have made the best of it, and if my husband gets a job that he’s been interviewing for the past few weeks (shh), we may even be able to move back to the city, this time to Queens, which we would adore. We know that we’re lucky, in that we’ve had accommodating employers, great childcare in a local nanny, and parents who have helped us out more than we probably deserved.

But our dreams took a lot of big hits, and both of us, despite working as hard as we could to overcome the “young parent” tax at both of our jobs, were held back from the things we know we could have achieved otherwise. It was a huge shakeup to my self-esteem to not be the young buck making big things happen at her company, but in the process I’ve learned a lot about patience and putting others first. It wasn’t the lesson I set out to learn, but having a baby before you’re financially ready will do that to you.

My advice to other young parents who find themselves struggling financially is to make the sacrifices now, while they’re really young and won’t remember as much (such as the neighborhood you live in or the things you can buy), so that hopefully you will be in a more stable place by the time they are doing things like going to school or making real memories. Our goal is to have our girl back in the city by the time pre-k rolls around, because we want her to grow up in a place that’s diverse, vibrant, and full of possibility. (Our sleepy suburb, unfortunately, is none of those things.)

We wouldn’t trade our girl for the world, but we wish we could have given her the life that we would have been able to in our early 30s (or even late 20s). We want to own a home someday for her, and be able to travel as a family, and to build a life together that we all feel happy and ourselves in. And we’ll get there, it will just take a lot more hard work than we expected.