The Financial Confessions: “I Have A Writing Job That Pays Less Than My Babysitting Gig”

By The Financial Confessions | Friday, September 04, 2015 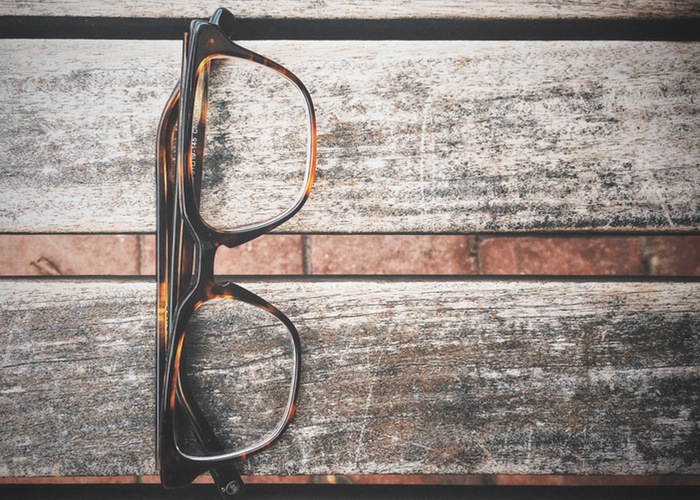 When I started writing, I was not overly concerned with the amount people were making, which was my own naiveté. I think this is partially because I made incorrect financial assumptions by following my favorite writers on social media, but it’s mainly because, when I started writing, I wasn’t making a particularly impressive salary, so it didn’t seem like I had a lot to beat. It’s not to say that some writers aren’t incredibly well paid, and, in fairness, I must admit that I have writing jobs I love, and that compensate more than fairly.

But that’s not what this story is about. My story is about the day I became a full-time writer. I had been freelancing for a long time, picking up contracts here, and there, nothing very steady, contributing for free, etc. I was at the “don’t quit your day job” stage, and I was desperate to take the next step.

I had been hoping for the chance to call myself a “writer” for so long, but even though I was getting paid and published, I wouldn’t use the title unless I was actually able to support myself by writing and only writing. I was scared. I didn’t want to be living an unattainable dream. And then, the opportunity came for me to work at a company that would give me roughly 30 hours/week. On top of my other gigs, this would be enough to take the leap, and use the title that I’d been coveting: A full-time writer.

I took the job, without a second thought. I was thrilled. I was completely aware that the number they were offering me was very low, but I needed a next step, and this was the one that fell into my lap. And I’d be damned if I wasn’t taking the leap.

So, I did. And I honestly don’t regret it. I love writing, editing and pursuing it full-time was, I genuinely believe, the right choice for me. But I’m still working this Godforsaken job, more than eight months later, and I hate it as much as I did on the very first day. And the pay hasn’t changed.

I feel like aspiring writers sometimes see the writing world as black and white: You’re either getting paid, or you’re not. You’re either hired, or you’re getting rejected. That’s how I saw it, at least. But that’s not true. Just like any other job ladder, there are ups and downs, sometimes you’re part-time, and sometimes you start from the bottom— and this writing job is the very fucking bottom.

I am not above climbing the ladder, paying my dues, working as hard as I possibly can without complaint. But I’ll say it: I feel that I’m above working at a company that sits on it’s high horse of “look at us, we pay everyone,” while failing to mention that they specifically have employees work less than a certain number of hours, just so they can ensure they don’t have to offer any sort of benefits. It is a company that will not to pay you if you don’t submit your timecard correctly, and a company that makes high demands and requires you to fulfill them in a very short amount of allotted time. I think every other writer is above it too.

I don’t understand how writers can say, loud and clear, how ~atrocious~ it is that people write for free, but then they have nothing to say about the thousands of entry-level writing jobs that treat their employees like shit. So, this is me saying something.

If you’re working on becoming a writer, and are waiting for your “in,” and the chance to be full-time, here is the best advice I can give you: Question things instead of blindly accepting them, or making assumptions based on your social media findings. Ask people for advice, even if it feels a little uncomfortable.

Becoming a writer is an attainable goal. I would never not encourage someone to follow their writing dreams. Every so often, people reach out to me about one of the companies I work for, and this particular company is the only one I’m torn up about sending people to. On the one hand, who am I to tell someone not to take an interview? But on the other hand, if I’m not honest, aren’t I helping lead them into the same trap I fell into?

The people I value most in my career have been the people who have been painfully honest with me. I appreciate the writers who have, flat out, told me when I’m doing a great job, and when my ideas really need work. I’ve also had writers tell me, essentially, “Here’s what you should if you want to get hired at XY or Z company, but here’s why you honestly shouldn’t do it.” And this happens more often than you’d think because there are many places on the ~Interwebz~ that don’t treat you well.

And not only do I agree with all of the honest advice I’ve been given, but I want to pass it on. So, here I am, passing my truth on (albeit, in a cowardly way perhaps, because I’m contributing this anonymously, specifically on a site that I don’t regular write for, so it’s less trackable.)

In conclusion, while I can’t tell you the name of this company, or what they pay, I’ll say this: I make $15/hour babysitting. Draw your own conclusions based on that. I still work at this company, and I spend way too much time planning my official escape. I’ve been working this babysitting job for almost a year (and use it solely to make money on the side), but I am finally considering subbing it in as an alternative to this writing job in question, so I can finally quit. It won’t make me any less of a writer, and I’m trying to build the confidence to realize that.