The Financial Confessions: “I Have Been The Poor Friend All My Life, And I’m Ashamed” 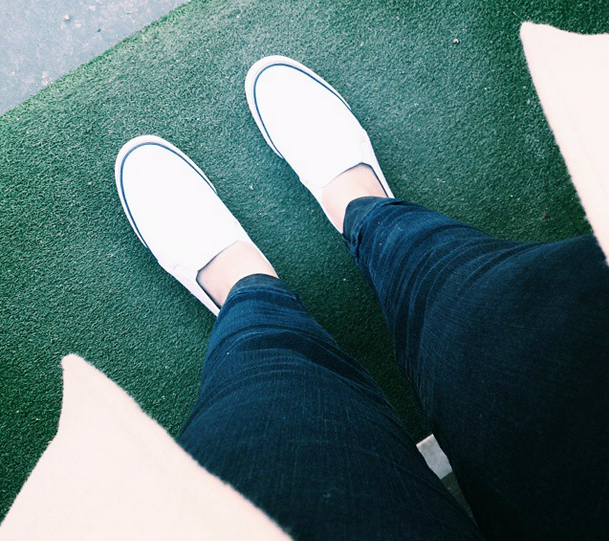 “I don’t really have anything that I did to confess, because despite my money situation, I’ve always been really responsible with money. I worked hard to find a good job (and studied something “serious” because I couldn’t afford to experiment with my creative passions) and I save as much as I can. That’s always been my case, and I’ve had a job of some kind since I was 14 years old. I’ve lived a life, money-wise, that most people would be proud of, and that my parents certainly have a lot of respect for. But I’m the poor friend still, just like I have been all my life, and I feel even more ashamed of it at 25 than I did at 12.

I grew up in a small-ish town in Connecticut, in the “bad part” of what is otherwise a very good town. My mother had me at 19 years old and my dad left her a few months before I was born, so for most of my life, we lived in her mother’s house. It was a tiny Cape Cod style on a decent street, but the kids on the nicer part of town would definitely have called it a “poor street,” and that’s what I thought of it, too. We lived just the three of us — me, my mom, her mom — until I was about 7. My mom was going to school (first GED, then community college, then university, then a masters) that whole time, and I was with my grandmother often, who worked as a manager at a grocery store. We didn’t have a lot of money but we had a lot of love.

My mom got married when I was in third grade to my now-stepdad, who is a great guy from a good background, but who is just never able to “get it together” professionally. He’s started and stopped about two dozen career paths since I’ve known him, and my mom, a part-time professor at a community college and teacher, has pretty much always been the breadwinner. (My theory is that she was just so glad to get a guy who would stick around that she didn’t really care if he was “serious,” but that’s for a whole other discussion.) By the time I was in fourth grade, we had put a little addition onto our house where I had my own room and bathroom, and we were living a little better than we had been.

It was decided that I would go to the “nice” school on the other side of town, and my mom made it her mission to get me in. She did a lot of things (both legal and semi-legal) and by the start of middle school, got me into the good school where all of the kids had new Abercrombie clothes, nice cars when they turned 16, and private tutors for their tests. I fell in with a group of girls right away who were all richer than me, and pretty much from that moment on, my whole life became a game of “seeming normal like everyone else.”

I would make up reasons why we couldn’t go to my house, say no to vacations and big expensive school trips because we had “other things to do,” I would save up all my money from walking dogs and mowing lawns to buy myself cool clothes and makeup from CVS. By the time I was in high school, I was living a full-time life of pretending to have more than I did, and the few close friends I had who had been to my house and seen my life were people who were a little on the poorer side, like me. I didn’t tell anyone that my parents couldn’t afford a lot of things because my mom earned very little, and my grandmother and stepdad either couldn’t or refused to work, depending on the case. My mom and I got into blowout arguments when I couldn’t get a nice phone, or a better car, or a trip somewhere over the summer.

By the time I was going off to college, I had saved almost 10,000 dollars from working obsessively and saving every dime. But I realized as soon as I started applying to schools that 10,000 dollars was nothing, especially when my parents didn’t earn enough to cosign on a loan. I eventually got to go to a very good (private) school through a combination of grants, scholarships (partially because I was in a STEM major), and my aunt who earned more money agreeing to sign on loans with me. Through college, while my friends would be going on spring break or experimenting with clubs and hobbies, I would be working every job I could get, on and off-campus. When it came to do my internship, I did the least amount possible so I could still earn money, and even had to delay graduation by a month because my schedule wasn’t allowing me to do any work.

Of course, most of my friends at college were like my high school and middle school friends, because part of me is attracted to that. I identify with them more because I grew up with them, even if I didn’t have the same experiences. And at college, it was easier to hide the truth of who I was. I was able to live a “broke” college student life, except I couldn’t call my parents for help, and everyone else could. My mom ended up with 60,000 dollars of debt after her studies, and had always warned me against doing it, because it ruined her ability to be free after graduation. Even with all my help, I ended up with nearly as much debt as her, despite her advice.

Now I live in a big city for work, and I have kept a lot of my friends. I earn 52,000 per year and save a lot of it, and I’m paying down my loans quickly, and I even have a little leftover to put in my half-brother’s college fund for when it’s his turn to go. I am proud of where I’ve come, and I know that as long as I keep working, I’ll never be in the same position again. But I still feel like the poor friend, both because of my psychology and because I really do live a different life than a lot of my peers. I have to save everything. I can’t call my parents to bail me out. I don’t have the option of being frivolous with my money, especially if I want to one day cosign on my brother’s loans. I know a world a lot of people will never know, and I am in many ways scarred by the experience of having to hide my poverty. It will always make me feel less-than, like I’m keeping up.

I have goals for the next 10 years: home ownership, good investments, the freedom to take one real vacation per year. But in the back of my mind I will always be fighting the urge to buy things that make me appear richer to the outside world, and ashamed to admit when I’m cutting corners or forgoing things to save more. I want to seem like the rich person still, even if I’m doing just fine where I am.”