The Financial Confessions: “I Quit My Job To Travel, And Now I’m Out Of Money” 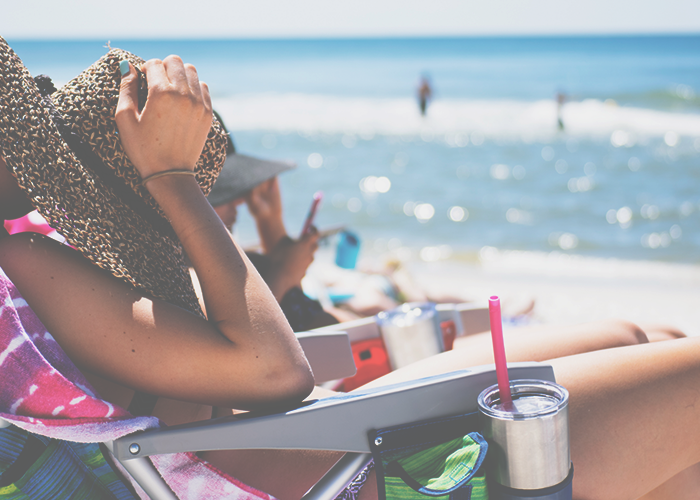 After four years in publishing, I’d had it. I was sick of not making a lot. I was sick of the long hours. I was sick of a boss, who I had seen at her absolute worst many, many times, treat me like I wasn’t an equal to her. And I was sick of putting everything else in my life on hold for my low-paying, low-respect job. I’d been a slave to my phone, to 9 PM messages, and to my boss for too long, without a break.

Fortunately, I’d been saving for the four years I worked in publishing, mainly because I made such a measly salary that I had no choice but to put money away if I ever wanted to buy anything of substance. After four years, sticking to my savings plan, I ended up with $8,500 in savings. And I think, after that long, I had just hit my limit on rational behavior; I’d always made the “safe” choice, instead of the tempting-but-impractical choice to travel the world, or bet on myself career-wise. I was ready to do something different, and I had always wanted to travel, but never made time for it.

I didn’t have anything holding my back. My boyfriend was supportive when I told him how much I wanted to travel, I was almost done with my lease, and I didn’t have any other obligations. And the more I talked about it with my close friends and boyfriend, the more it seemed like it was the right time. I am the kind of person who gets something into their head, and then can’t let the idea go. And I didn’t want to let this go.

I timed my two weeks’ notice  with the end of my lease. I made sure to stay ~positive~ and do good work until the end, just to make sure I got a great reference. But the truth is, I didn’t know whether I wanted to return to publishing when I got back. I had no idea what I wanted my career going forward to look like. I just knew I wanted a six-month break from life. I wanted a life hiatus. I was too burnt out to think about what I’d do six months with myself six months into the future.

My boyfriend and I timed it such that he would come with me for the first six weeks of my travels (he was able to get permission from his company to be off for two weeks, and then work remotely for four weeks). And then, after he left, I’d have four months of solo travel time. I spent every second that I wasn’t at the office planning for the trip, and I was thrilled to have my heart in something I actually believed in. FINALLY.

Here was my great flaw: I’d planned the beginning of the trip — the first two months — but not any of the rest. I wanted, for once in my life, to be spontaneous. My boyfriend and I planned to spend six weeks exploring Japan, Vietnam, and Thailand. Then he’d leave, and I’d do six more weeks around Thailand and the Philippines, and then spend three months in Australia.

I had made it to month four, and was one month into my Australia trip when I flat-out ran out of money. I threw my budget and caution to the wind when planning this trip, and my budgeting was so bad that my funds dried up not even half way through my Australia exploration. I am not going to play the pity card — I knew this was my fault. I was going through money while abroad so much quicker than I was supposed to be.

At this point, I had two options. Either I could try to get a serving job in Australia and stay in one place instead of traveling around, and pay to have a good time for the last couple months of my trip, and then pay for my ticket back. Or, I could give up. I took the second option, which is something I’m not particularly proud of. I borrowed money from my boyfriend to get a ticket back home. I flew home two months early, and am now staying with him for a month (rent-free). I just got a serving job, so I can get back on my feet (financially), move into a new apartment, and pay my boyfriend back for the plane ticket.

What I’ve really learned is that while I wouldn’t trade my travel experiences for anything, the life of a Quit Your Job To Travel Gal isn’t always as glamorous as it seems. I’ve had so many panic attacks about money in the last week alone, and I’m ashamed of how out of control my spending was while abroad. I wanted to run away from burn out and monotony, and I did, but it didn’t lead me to “finding myself.” I didn’t have any great epiphanies. And now my savings is gone. Do I regret it? No. But I consider myself so lucky to be able to have a safety net, because otherwise I would have been screwed, and I know not everyone is fortune enough to have someone to bail them out. Overall, I just feel foolish. I was trying so hard to run from my life, that I was impractical and overly-impulsive along the way.