The Financial Confessions: “I Racked Up $10K Of Debt In One Year (After Graduating Debt-Free)” 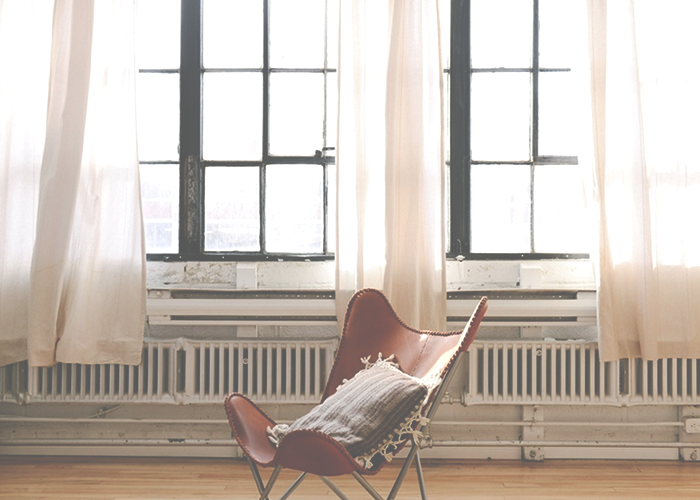 I was always told that, financially, I was so incredibly lucky to graduate without student loans. And I was. In fact, I still am. I went to a communications-oriented college in Boston, where the tuition was not inexpensive, and it was a privilege to not have to take out loans. I got about $15K/year in merit scholarships, and then my parents were able to cover the rest. I realize how fortunate I am that they were able to put me through school. I graduated debt-free, and three months after graduation, I moved to L.A. without a job.

Honestly, I didn’t have a financial plan. I had about $4K in savings from working for my dad’s company during the summers. I paid for my own flight out, and my plan was to get an apartment, find a job, and not have to completely blow through all my savings. Yes, it would have been a better guarantee to move with a job, but there is generally a culture of moving to L.A. without a job, so it wasn’t as if what I was doing was an anomaly.

Two and a half years ago, I moved. I skipped the quintessential move-to-L.A. roadtrip that everyone else took and met two of my good friends from college out there. We found a good place in Hollywood, put down a deposit, and were thrilled with ourselves. I hit the ground running and applied for jobs, interviewed, etc. I figured I would pick up a production assistant gig, but instead, I was offered a job as marketing coordinator for a restaurant group. I had a minor in marketing, and it had always been something I was very interested in. So when I got the job, I took it before even asking about salary.

I went to my first day, and I still didn’t know how much I was making. Not such a great start. But I was so excited to be employed — at a company I was really interested in, no less. A lot of my friends were just picking up sporadic freelance work (a PA job that lasts a week here or there, etc.), and I was thrilled that I had something more steady.

I figured out my salary two weeks into my job: $28,000/year, and no benefits. I was paying about $800 in rent, I already owned a car outright, and I was still on my parents’ health insurance plan. So even though my salary wasn’t ideal, it was doable.

Maybe I would’ve been just fine if it hadn’t been for the job craziness. I worked for a company that owned restaurants with fancy bars. We went out CONSTANTLY. We went out All. The. Time. It was, seemingly, part of the job, and half the time, I didn’t even realize how much of a tab we were racking up. We would leave the office around six, and everyone would go home and chill for a bit, or maybe eat dinner. I’d usually pick something up on my way home, or just wait until we went to the restaurant later, because at the time, I didn’t cook. Then around 8:30, my coworkers and I would all meet up at one of our restaurants. We had events that we were often invited to, and because we worked on such a small team, the SVP and head of our division were always there. It made me feel like it was important that I go every single time, especially because these parties were fun, well-attended with semi-famous people, and we were guaranteed a few comped rounds of drinks.

But after the few comped rounds, we ended up paying for our own tabs, and we went pretty hard. I became known as someone who was always down and really fun to go out with, and because I fell into that role so comfortably, it meant that I was often the one to pick up a round of shots. I would also occasionally invite a girl I was seeing out with us (going out with us was sort of an impressive spectacle), and then I’d be buying her drinks, too. Overall, it was an insanely superfluous, expensive lifestyle, and one that I couldn’t afford on $28,000/year.

Eight months in, I knew I had to leave the company. Good professional experience aside, I wasn’t going to last a year at this place; I was hemorrhaging money. I didn’t know what to do about going out. If I stopped, they’d know I was trying to find an exit strategy, but I couldn’t afford to keep going out. At this point, I had about $9K on my credit card, and I was losing it. I was so panicked about money, and what’s worse, it was all completely my fault. Most of that money was spent on drinks and food from our restaurants. Think about it: even two or three expensive drinks a night, five nights a week, is about $200 a week. And that would be a tame week. (It’s worth mentioning that my tolerance is very high.)

I started using my weekend days to apply for jobs, and would even apply for jobs at the office because the office was empty early in the morning. It took me two months of sneaking around applying for other jobs, but I finally got a new job. And the salary was MUCH higher! It was another marketing coordinator job, but because of my experience (and because it was a larger company), they were starting me at $42,000.

I didn’t even give two weeks notice. I know it’s ridiculous, and it burned a bridge, but I was so fed up and so broke at that point; I just couldn’t muster up the energy to be there for two more weeks. At that point, I was at about $11K of debt, and I desperately needed to start paying it off.

When I quit, I had a week off before my new job started. I set up an incredibly strict budget, and a payment plan to get rid of my credit card debt. I cut going out and eating out almost entirely for the first few months of my budget, unless I was invited out with new coworkers, because I wanted them to get to know me, and vice versa. It’s over a year later, and I haven’t gotten rid of all of my debt yet, but that’s because I also wanted to start building my savings. I am getting very close to being done with the debt though: I have about $3K left (which is also the result of still using my credit card every so often). Overall, I can’t believe I graduated in such a privileged financial state and then squandered it, all because of a shitty job culture that got the better of me. If I could go back and do it again, I would’ve never taken that job, and instead worked at a coffee shop until I found something better.