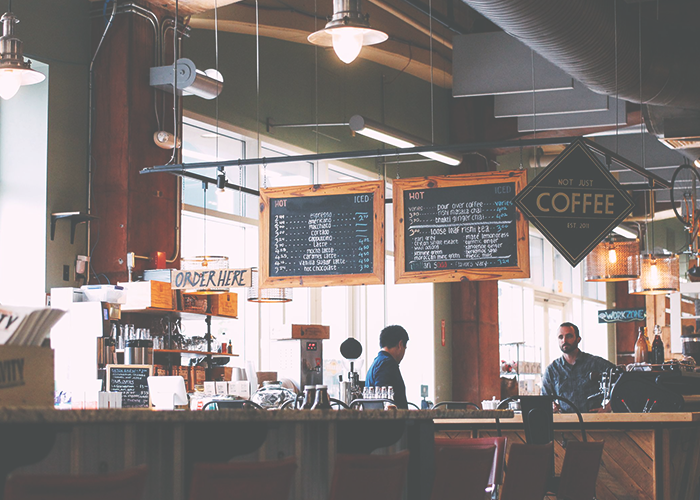 I graduated in 2013 with a degree in the humanities from an Ivy League school (not Harvard or Yale, but any Ivy League nonetheless). This means that, this coming spring, I will be three years post-graduation, which no longer really feels like “post-grad” and feels a lot more like “young adult who should have a career path. The grace period is over, and yet here I am, working a café as a server and spending 15 hours a week on an unpaid internship in my field. As much as I don’t regret choosing the school I did, I also often feel guilty for not maximizing my after-college potential. People hear where I went to school, then expect to hear great things — and I don’t have many great things to share.

A little background: I am the first person in my family to go to college (immigrant family, those who know understand the deal, going to anything but the best college possible was not an option), and when I was a senior in high school I was offered scholarships to several big state schools. They weren’t bad by any means, but when I was accepted to an Ivy League, it was extremely important to my family (and to me, if I’m being honest) that I went there. This meant that I was graduating with over $50,000 in debt after four years instead of debt-free, but I rationalized that it could have been a lot worse. I had a lot of extended family helping, as well as grants. I convinced myself that $50,000 was basically a deal, and that going to an Ivy League school would change my life.

It was not as important to me, at the time, to choose a major that would help me land the kind of jobs and salaries I needed to truly change my life. I didn’t really think it through, and I also didn’t want to study something that I didn’t feel “passionately” about. At the time, I lived by a philosophy of “you will make money doing what you’re passionate about, because you will care enough to put in the work.” I didn’t understand that you need to balance “what you are passionate about” with “what has a chance of offering you a job,” to find something in the middle.

I know that these choices were my own, and I accept that the things I got out of my Ivy League education, which again I loved and do not regret, might not always be a “real” job in the way I imagined it. But I can’t help but feel resentful that I made the right choices according to my family and my counselors, and went to the best school that would have me, only to find myself without a foot in my career path and no good prospects for the next year. I’ve sent out more resumes than you can possibly imagine, have read every tip and strategy on acing the interview, and even spent a small fortune on my “professional” wardrobe to make sure that I was dressing for the job I wanted, even at my piddly internship. None of it has worked.

And I see my friends who went to the state schools or lesser private schools that I didn’t consider, and many of them have jobs — some of them who even majored in the same thing that I did! I know that, on some level, this is my fault, too, and there is obviously something they had that I didn’t (even if it was just a family connection somewhere), but as someone who tried to compensate for her first-generation status with an Ivy League name, I feel angry and frustrated that it simply wasn’t enough.

When I’m spending long days on my feet at the café, or busting my ass at my still-unpaid internship, I can’t help but feel like a loser. I feel like I missed an exit ramp somewhere, and now I’m just circling on the freeway, never doing anything particularly helpful or useful for my career. I’ve gotten a lot of advice in the past few months about what I should do (grad school is simply not an option at this point), and one of the things I’ve started considering is getting my teaching certificate. But I don’t really want to be a teacher, and that would mean a definitive end to the career I’m currently struggling to pursue.

I don’t want to feel resentment for my friends and former fellow students who have all seemed to find their place in the career circus, who have “real” jobs in offices with titles, ones that use their skills and give them a chance to move up in a meaningful way. But I do, and I can’t help it, because I don’t see a way out of my current situation that doesn’t involve admitting some great defeat at some point. I resent it because I want those things so badly, no matter how many times people say “oh, the 9-to-5 isn’t what you think it is.” I don’t care, I want to find that out for myself.

And I worked hard for that, even if it looks like I may not get it.