The Financial Confessions: “I Spent My Savings On A Summer Romance” 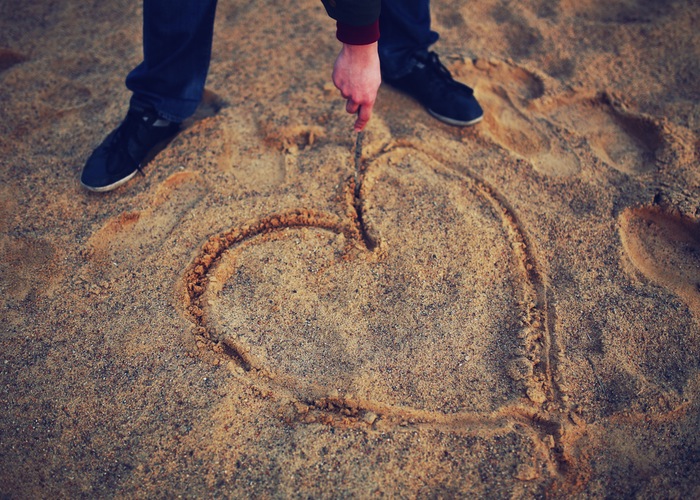 “For my 22nd birthday, and my college graduation (which were about three weeks apart), I decided to go on my first-ever trip to Europe. I had gone to a big, inexpensive southern state school and, between scholarships, some parental help, and always having a job, not only did I have no debt, I managed to save a small cushion of savings for the upcoming job hunt. After the checks I received for graduation from family members, I had a total of nearly $10,000 in the bank, something that felt impressive for someone my age, and which made me feel more safe about the uncertain job market. I was looking for a position in marketing and, even with my internships and magna cum laude, I felt nervous about my ability to get a job within the first six months of graduation.

But first, in late June, I decided to put all the thinking about work and school and the future on the back burner and I headed to Europe with my best friend from school. We arrived in Paris, and visited Amsterdam, Brussels, and eventually ended in Berlin, where her mother’s family was from. We stayed with one of her ~very cool~ cousins, a cute graphic designer named Paul who lived in a “basement loft.” We had over an entire week at his place, and within the first night — where he invited over some friends and we all got drunk on wine, beer, and general excitement — I knew I really liked him. When he kissed me on the roof of his building at sunrise at the end of his party, I knew I really, really liked him.

On the third day, after a lot of eye-effing and flirtation over breakfast and him insisting on “showing us around” more than he would have if it was just my bff, she cornered me outside a cafe and asked me, point blank, if I was going to “bang her cousin,” which honestly made me laugh. At the time that sounded crazy. I was a boring girl from a boring town in Georgia, the last thing I thought I was going to do was have a European romance with a tall, gorgeous German guy. She told me that it felt weird to her, but that she wasn’t going to stop it. She just didn’t want to hear about it. I respected that, and even though I insisted I would never hook up with him, I admit that it gave me a slight green light to go ahead.

Long story short, I slept in his bed on the fifth night. I’m not being dramatic or emotional when I say it was a truly magical experience; everything about it was wonderful. There were no awkward moments, no weird questions, no misunderstandings (despite the minor language differences). We spent a wonderful night together, and the next day, he took me to a beautiful breakfast at one of his favorite coffee shops. He asked me, in a very romantic way, if he could “borrow me for a date that night,” and we went to this gorgeous restaurant near his apartment, where he knew the wait staff really well and got us a secluded table in the back. It could have been the fact that he was older than me, almost 28 at the time, but no man had ever treated me so well before. I floated home on a pink cloud, and spent the night with him again.

Needless to say, my bff was a little pissed at me by this point, but I honestly didn’t care. The three of us spent the rest of the time together, had one more party, and he accompanied us to the airport. I didn’t cry, but damn I wanted to. As he hugged me one last time, he whispered in my ears “I’ll see you very soon.” I just knew, as soon as he let go, that I would go see him, no questions asked. I saw that money in my bank account and literally starting counting out how much time it could buy me in Berlin without having to work.

We started gchatting every day, and within the first week, he’d asked me if I had any plans to come back in the near future. When I told him that I wanted to, he said, “that’s awesome, because I didn’t want to put the pressure on me, but things are tough on me financially right now.” I understood because, as I was back living with my parents and he was paying rent every month without always having a ton of steady freelance work, I knew that he was more strapped for cash than I was. Besides, he put me up for nine days and took me out a ton of times, that had to count for something. Without making him ask again, I booked a ticket for the first week of August with no return flight. I told myself that I would figure it out when I got there, and in the meantime, I took on every nannying and dog-walking job I could find to add to my savings before I went.

When I got off the plane that August day, everything felt worth it to me immediately. I ran into his arms, he picked me up and twirled me around, and the last thing on my mind was the job hunt and the “real life” that used to worry me so much. Sure, my parents and friends didn’t exactly approve of my choice, but I didn’t care. I was in Paul’s arms, back in Berlin, ready to spend as much time as I could afford drinking beer, learning German, and being with him. He even said that he knew of some English tutoring work I could get under the table, so I deluded myself into thinking that income wouldn’t be an issue.

It wasn’t a tragic romance. Paul was never mean or abusive or turned into a monster, we just didn’t really work out as a real, everyday couple. Living together with a near-stranger gets old after about three weeks, and by week five I had managed to go through two thousand dollars of just “getting adjusted” costs, combined with creating a social life in a new city with a man I thought I would fall in love with. He made me start contributing towards household costs, too, which made sense on a logical level but since I was not getting any of those foretold tutoring jobs, made things much worse. Between that and my last-minute, one-way August ticket, I was quickly down to under 4,000 in my savings. I knew that I had to start planning my exit, and figure it how to do it painlessly. I weighed my options, and realized that if I left immediately, I would be paying nearly 1400 for my ticket, but that if I put it off a bit, I could get it for less than 700 bucks. I decided (idiotically) that it would be better to put it off. I got one almost month out, worked out with Paul that I would be living very, very cheaply for the interim time (I seriously thought I could spend only 200 dollars in a month), and started focusing on the job hunt back home. If I’m being honest, I also put it off because the thought of going home and admitting defeat was very depressing.

At this point, I was sleeping in Paul’s guest room/office where my best friend and I had slept, because we had basically “broken up” at that point. It was never a huge fight, we just agreed that we couldn’t see it working long term, and it was probably smart to start the distancing process. He was always a gentleman, and never made me feel like I was invading his space or being a burden to him. And he clearly felt very casually about it because, two weeks after I bought my ticket, he decided to bring a girl home. An American girl, that he’d met at a bar with some friends. He introduced me to her as “his cousin’s friend who was visiting Berlin.” I was absolutely livid, made some snarky “good luck” comment to the girl, and went into the guest room to immediately start packing my things.

I opened up Airbnb, found whatever place I could for the next week that wasn’t insanely expensive, and dropped nearly $1,000 on a place to stay. This brought my grand total to about $2,000 left of my savings. In that last week, and on the trip home, I spent another 500 on incidentals and eating expenses. By the time I got home, my savings were essentially decimated, I had deleted Paul on every social media account, and my best friend was basically not speaking to me because of “causing drama in her family.” I was humiliated.

Today, I am 25, and my savings account is finally about back to where it was. I have a long way to go, and could be a lot better, if I were smarter. But I made the mistakes I did, and I have to live with them. I’m the girl who threw away her life savings on a summer romance, and that’s something I’ll always have to own.”