The Financial Confessions: “I Used To Go On Dates For Free Food” 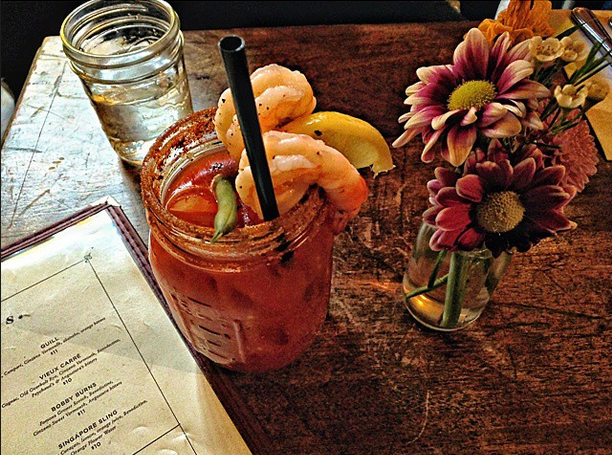 When I was in grad school, between the years of 2011 and 2013, I was broke. And I know that for a lot of people, “broke” has different definitions, and that anyone who is a student at a prestigious(ish) university pursuing a graduate degree is probably not “really broke,” but rather “college broke,” which is a subset of financial distress in which your parents can always help you out. While I don’t deny that this was the case for many of my classmates, I want to defend myself in advance by saying that my “broke” was actually so, in the sense that I am mostly estranged from my parents (who have no money themselves, and would likelier ask me for help than vice versa), and I was on a combination of scholarships, grants, and some limited loans. While I could have been working at the job I worked for two years straight out of undergrad, and never pursued a higher degree, I did, and I don’t regret my choice, even though people might say that it was entirely my fault that I found myself broke for that time period.

My life is better now — I have a better, higher-paying job that I enjoy more, and which allows me more time to pursue my hobbies. I live in a nicer apartment in a better part of the city, and I actually have a little money left over at the end of the month to help out my younger brother who is currently in undergrad (once again with the flake parents). Anyway, that’s the truth of my situation at the time, and now to my confession:

During the time that I was in grad school, and therefore broke, I never went out. For the first nine months or so of grad student-dom, I probably ate a meal or had drinks out a total of two times, both for birthdays. I never got fast food (not even Chipotle!), and my pre-games were just “games” in which Two Buck Chuck and crappy cheese on Ritz crackers were the components of an exciting night off. It didn’t really matter anyway, because most nights during that time I was working my evening job because my class schedule left me no time during the day. (Shortly after, my schedule freed up enough that I got to take on a morning coffee shop job and rejoin the rest of the world in something resembling a nightlife.)

So I was broke, and had accepted my fate that “going out” was not going to be in the cards for me. My friends had more or less stopped inviting me places to avoid the awkward conversation, and except the times I managed to coax people over (or to go to their houses, with aforementioned Chuck in hand), I was pretty much a loner. So like any loner, I found myself on a few dating sites/apps, just kind of checking out the landscape. I live in New York, so there was no shortage of interesting men to choose from, even on the very first day I started my accounts. Yes, a lot of them were creepers, but my first-ever online date was someone who was a genuine hottie/cool guy.

He took me out to a hip lounge for a few drinks and small plates, then to another, quieter bar for some chat over a glass of wine. It was a nice date, and we went on a second, but the chemistry just wasn’t there. No big deal, no hurt feelings, we just didn’t see each other after that. But the feeling of having someone take me out and spend on me — to be able to order off the menu, and not worry about the price — was a novel feeling. I wanted more of it, and like a junkie, I dove into my dating apps to find guys to take me out.

I scheduled at least one date a week during this time, always suggesting places I had been wanting to try or salivating over on Instagram for a while. I picked guys that didn’t really interest me that much, but seemed like the kind of guys who would definitely pick up the bill no questions asked, and let them take it from there. At first i would do the wallet-reach fake out, but eventually I just got so used to the routine that I didn’t even bother. After one or two dates, and maybe a drunk makeout for their trouble, I would break it off. Onto the next.

I know that this is unfeminist. And looking back, I feel badly about it, and I recognize that what I was doing was manipulative and wrong. But at the time I really justified it to myself by saying that I was “looking for love,” and didn’t worry about the repercussions. And actually, towards the end of this, I ended up hitting it off with a date, and we stayed together for nearly a year after that. It didn’t work out, but it certainly loaned some legitimacy to the whole affair, proving that love could truly be found in the most shady of circumstances.

The way I rationalize it to myself now (and again, I know this is rationalization), is that the actions you take in a patriarchal society to bend its oppressive gendered norms (like chivalry, and the guy paying) in your favor are not unethical. It is impossible to be moral in a fundamentally amoral system, blah blah blah. The point is that I was broke and wanted to go out, and this was an extremely efficient way to do it. And now that I have more money and freedom, I’m pretty religious about going dutch on dates, even first dates. (I’m hoping that this will replace some of my karma.)

I know that people do things that are much worse for money, and I wish I had some grand lesson to take away from all of this and give to you, the reader. But I don’t, and honestly just wanted to confess on some level. Because I think the pressures that money (or the lack of it) puts on us are just about the only thing we can’t talk about, even amongst friends. None of my friends know how truly broke I was, nor what I did to finally combat it in some small way. And writing this only affirms that I couldn’t tell them. They would judge me, just as you probably are now, just as I do myself from time to time. And I guess there’s nothing to do about it but chip away at gender norms, and hope that one day “going on dates” won’t be a viable living for the young, relatively attractive urban woman.