The Financial Confessions: “I Was Pressured Into 80,000 Dollars Of Debt” 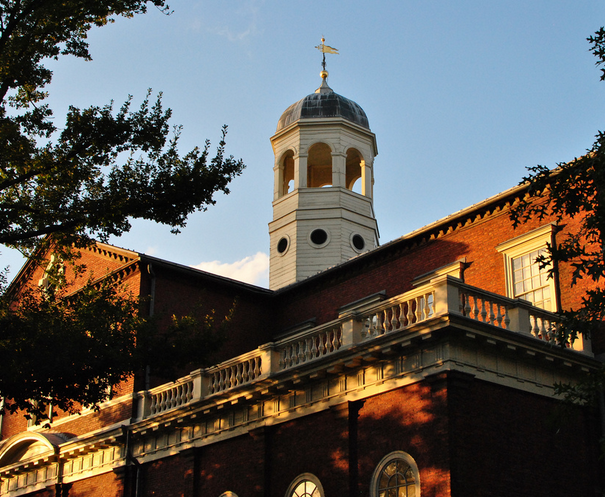 “I’m the first person in my family to graduate from college, something I didn’t think I would ever be able to say about myself. I’m not stupid, I was just never “academically inclined,” and didn’t try very hard when I was growing up. My parents are both blue-collar workers from a long line of blue-collar workers, and they never really knew how to encourage me academically. They cared about my education, but both of theirs stopped at high school (besides some vocational training), so pretty early on they didn’t even know how to help me with my homework. There wasn’t really an “academic” atmosphere at home.

But I surprised myself, and my very active interest in sports led me to try harder in high school than I previously had, and by college application time, I had a respectable GPA and was varsity in two separate sports, on top of being in a few honors societies. While I had always assumed I would go to the local community college and get my associate’s, it turned out that I had actual options. Education and academics were never something that came easy to me, but I was one of those “well-balanced” profiles that guidance counselors really encourage. When mine found out that no one in my family had ever gone to college, I became her personal project in a way. She was determined to get me into somewhere good.

I started applying everywhere (my parents, who earn a very humble combined income, were nonetheless happy to pay the application fees), and actually started getting in. Only one of my schools, my biggest “reach,” rejected me, and by that time I’d already been accepted to four schools, so it didn’t sting in any real way. My counselor was all over me, making recommendations and telling me to go visit my top two choices with my parents.

My mom had already started telling her friends and coworkers (she works in administration at a medical clinic) about my success. Everyone was really impressed, including one of the doctors at my mom’s clinic, who sent me a bunch of advice about college, totally unsolicited. (It seemed half-nice, half-semi-judgmental, and he managed to work in the fact that his own daughter was going to an Ivy, so I took it all with a grain of salt.) My mom requested off an extra two days at work for a long weekend, so we could go visit my top two schools. By this time, I had already gotten caught up in the wave of college planning. I felt like one of the cool kids, off somewhere much bigger than our little town, with an administrative assistant mom and a repairman dad.

We went to visit the two schools, one in Florida and one in North Carolina (I’m originally from Virginia), and immediately it was clear the one I preferred. The North Carolina state school was good, but in what I thought of as a boring location and not as prestigious. They were offering me a good scholarship, though, which brought the yearly tuition down to under 10,000 dollars a year, which, combined with the government grants I was eligible for, would have been almost free.

The Florida school (a prestigious private college in a big southern Florida city, if you know it you know it) took my heart immediately. It was beautiful, with white buildings and lakes and pools and endless green grass, dotted with palm trees. Even now, I become a poet when I think about it. It was just stunning, and the people who took us around sold it to us like nothing I’d ever experienced before. It was intoxicating, and I admit that I bought a hoodie before I’d even finished the first day of tours. I wanted to be a part of that school so badly, with its tanned, attractive, and most importantly rich students. It seemed like a place where success happened.

But it was expensive. Really expensive. And I wasn’t getting any scholarships. Even with my grants, it was still going to be over 30,000 per year. After my haze faded, on the ride home, I had decided that it was just not worth it, and that I would go with the North Carolina school. I simply couldn’t afford my first choice, and I knew that my parents, as much as they would try, could not pay for it. And I couldn’t ask them to.

To my surprise, though, when I opened up my email the next day, there was already an email from the doctor at my mom’s work about how excited he was for me on my “choice.” He was a big fan of this school, and thought it was a great choice for me. My counselor felt the same, that it was a big “reach” for me and that I should take advantage of it. My mother was already bragging to everyone about it, and my dad was talking about how he was going to come visit me for vacations. My grandmother even called me to tell me how excited she was for her college girl. Everyone was swept up in this school, like I had been when I was visited, except they all wanted me to go there. When I protested about money, they told me over and over how much better a school it was than my second choice, and how I should take advantage of the opportunity to be around this kind of environment.

The truth was that this was the biggest thing to happen to my parents in some ways. I am their only child, and considering they never were able to have the education that they would have liked, and have never really escaped the lower middle class for more than one good year, to have me going to such a highly-ranked school was a very big point of pride. (They also have great sports teams, which was big for my dad.) I had also made the mistake of mentioning the school to a few friends, who all talked about how jealous they were because of how good the school was, and how beautiful its location and campus were. I admit that it gave me a huge rush of pride to talk about.

I felt like I couldn’t let everyone down and go to the cheaper school, including myself and the person I was presenting myself as, and what cinched it for me was my mother telling me that, with my grandmother, they were going to be contributing 10,000 per year, the price of the second-choice school. It was a ton of money for them, but they insisted how happy they were for me and how much they wanted to do it, and I thought “Okay, I’ll get a job while I’m there and pay for most of it as I go.”

It turned out very quickly that this wasn’t possible, and my guidance counselor’s enthusiasm would not pay my bills. I could work enough to cover costs of living and some other incidentals, but was still left having to take out about 20,000 in student loans for each year of undergrad. I admit that the experience of the school itself was amazing, and that I will forever treasure my time there. But after four years and a degree in marketing, I often feel resentment towards everyone/thing for the debt I am carrying now. I have a job that is in my field and honestly interesting, but making my monthly loan payments is a struggle with an entry-level salary. I don’t know if I wouldn’t have gotten this job if I had gone to the other school, but I know that, even if I were a barista, life would be easier without 1,000 to pay per month and interest I can barely outrun.