The Financial Confessions: “I Won’t Date A Man Who Makes Less Than Six Figures”

By The Financial Confessions | Wednesday, December 30, 2015 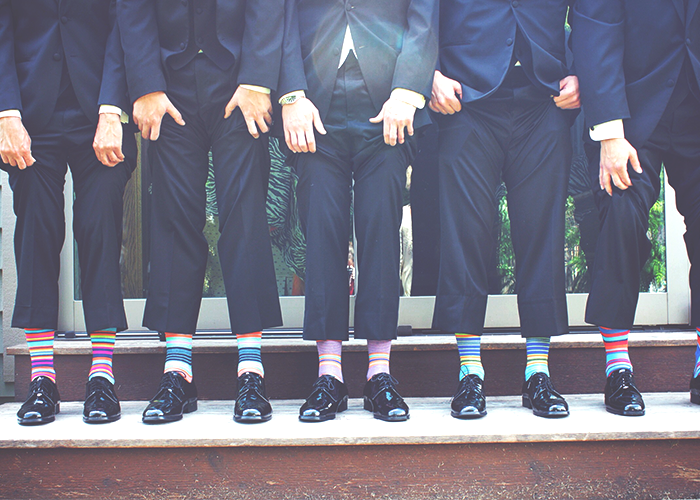 Last year, I broke up with my boyfriend of four years. He was the guy I thought I was going to marry, and given that I was on the later side of my 20s than the earlier, so did almost everyone else. But we broke up because we were on extremely different paths in life, no matter how much we loved each other, and his new path involved moving to Denmark for grad school. Since I have no intention of ever living in a Nordic country, and did not want to try the two-plus-year long-distance relationship that he initially suggested, I decided to end the relationship. It was a pretty terrible time in my life, and for a long time, I tried to guilt him into staying with me in New York (something I’m not proud of). But eventually I realized that, even if I succeeded in getting him to not accept the grant and do that program, he would resent me possibly for the rest of his life for missing out on that. And that was much worse than the thought of just breaking up. So we ended the relationship and now, at nearly 28 years old, I’m a single New Yorker again.

One thing that I resolved to myself, when I finally started testing the waters of the dating pool that I had left for four years, was that I was only going to date men who made a certain amount of money. The convenient number I came up with was six figures, but of course I’m willing to bend on that a little if needed. But the point is that the person I am with should make, generally, about twice what I do. After three years in publishing, I am making just over $50,000 per year, which is actually quite competitive for what I do, if you can believe it. But between my undergrad and grad degrees, I am also paying $750 a month in student loan repayment (even though I was very frugal about the loans I took out, and do not regret either of my degrees). So my life is pretty “minimalist,” and not in the chic, Marie Kondo

way. I’m just pretty broke all the time, even with the catering jobs I do whenever I get the chance.

After my boyfriend and I broke up and he moved away, we left our rent-controlled junior one-bedroom in Queens, which we split for $650 each, and I had to find my own place. I now live in a three-bedroom in Brooklyn with three other girls, and I pay almost $300 more to do it. I’m constantly trying to make ends meet, and have had to borrow money from my parents more times than I’d like to admit. But part of the reason I’m in such a sucky financial situation is because, during my entire relationship with my ex, I was able to save a grand total of $1,000. Part of this was because I was still in grad school or unemployed during part of it, but part of it was because he barely made any money, and when I was earning my entry-level salary, his cobbled-together income from part-time jobs often needed me to supplement it. We lived on credit cards many months, and for all the holidays we celebrated together, only one Christmas were we able to get each other “real” gifts. We were constantly broke, but deeply in love, and even though I probably would have married him if he hadn’t moved, looking back I can’t believe I lived that way for so long.

We were constantly fighting over money-related things, and I basically watched as most of my money-related dreams evaporated in front of me. Having a robust savings account and investments? Poof. Owning property in New York? Poof. Being able to afford children here? Poof, poof, poof.

But I told myself that you don’t always choose the person you love, and if our life had to be radically different than I’d hoped it would be, that was fine. But now that I’m on my own again and starting a relationship from zero, I know exactly what it would take for those dreams to be realistic, and the guy I’m with would have to earn about that much money. This isn’t a question of me wanting to be floated by someone — I will always have my job, and do everything I can to contribute as much as I can. It’s a question of “If I am single, that’s fine, too. But if I choose to be with someone, that person should be able to be a part of the life I want for my partner and I.” And that life has a lot of things that cost money, such as having children. While I have the time to be choosy, and am not yet in love with anyone, I want to be sure that I’m not choosing someone whose finances will be a constant source of strain. There are enough problems in life, I don’t want to add financial ones to them — and comfort is probably the biggest aid to any relationship, ever. If you are not worried about basic things, you are able to be much happier and more balanced overall. My ex and I were a near-perfect match in terms of personality, but even then, our money problems were constantly causing strain.

I know that a lot of people would judge me if they knew about my “rule,” but I don’t care. I know what I want in life, and I want to be able to move into a reasonable one-bedroom apartment in the city I love with my future partner. And that requires money, like it or not. I’m confident that there is someone out there whom I will love deeply and passionately, and who will also be capable of affording these things in a way my ex was not. I bring a lot to a relationship: I’m an excellent cook

, keep a beautiful home, am a wonderful hostess, am well-read and funny (if I do say so myself), and have a passion for my career, too. But I will never be independently rich. And if someone can bring that financial stability to my life, they are a good match.