The Financial Confessions: “I’m The Only One Of My Friends Without A ‘Real’ Job” 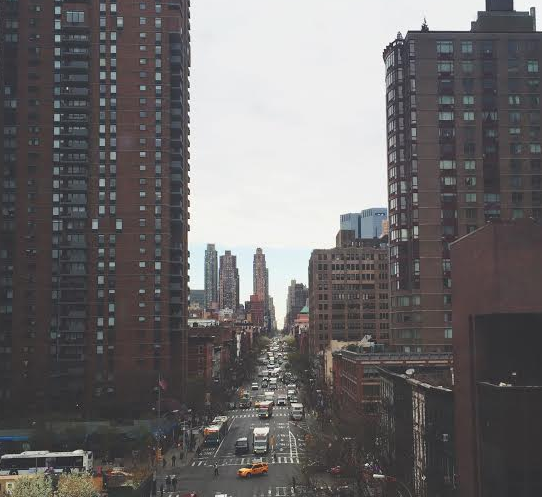 “I grew up in a hometown where everyone was expected to go to college. I won’t get too specific, but it’s one of those very-white towns in a very-white state in the Northeast where everyone puts bumper stickers on their VWs and Volvos about where their kids are going to school, from the time they start kindergarten to the time they finish college. It was never an option for me not to go to the best school I possibly could, and for me, that was a very-expensive private university in Boston, where I got a minor scholarship, instead of the somewhat-expensive state school where I got a near-full ride. Like many kids from my town, my parents proudly wore a bumper sticker with my prestigious school crest on the rear window, and helped me enough with school and living expenses that I ended up with loans in the high five figures, instead of low six, like many of my friends.

Because my whole life was spent assuming that I would go to college, and get a good job, it never occurred to me that any of my decisions were not in my own best interest, or that I wouldn’t end up with something to show for my schooling. Our town wasn’t upper class by any means, but everyone had a pretty good job (or at least was married to someone with a pretty good job), and many of the former-humanities majors from hippie schools went on to make respectable salaries as tenured school teachers, so even the idea of majoring in history (which I did) didn’t seem that scary to me. We were from a place where people wear socks with sandals well into fall, so majoring in something “light” wasn’t at all out of the norm.

What I didn’t realize was that I had no desire to be a teacher. Like, at all. And that took away a lot of the options for me, especially considering the last thing I wanted to do was stay in school and accrue more loans. By the time I graduated in 2012, it had started to dawn on me that my decisions were perhaps not the smartest, and it would be harder for me to find a job than my friends who decided to major in something more employable, like accounting, finance, engineering, business, or chemistry. But I went to a better school than most of those people, I convinced myself, so it wasn’t going to be the end of the world. I would spend maybe a summer continuing to toil at odd jobs, and find something in the fall, preferably in one of the big cities (New York, Boston, Chicago) that many of my friends were relocating to.

Fast forward nearly three years later, and though I do finally live in a big city (I rent a room in my cousin’s apartment in Queens, and she gives me a very fair price, so there’s that at least) my job prospects are no better. I have bounced around from everything from glorified secretary positions, to salesgirl at a shoe store, to nanny for rich women on the Upper West Side — by far my least favorite job of the bunch. I have had a few promising leads in the form of internships for places like think tanks and consulting firms, but nothing that went anywhere. It turns out my better-than-some school is not first-tier enough to get my foot in any real doors, and my major is doing me no favors. I’ve almost gotten ashamed to talk about my schooling, because I have managed to do so little with it, which makes me feel like a huge failure.

My friends who live in the city from my hometown all have “real” jobs, even if not all of them are directly related to their majors, and since most of my friends were met through them, my extended group here in NYC do, too. I am That Girl that does not have a job, despite being 25 and having just as much in student loans as everyone else (if not slightly more), and it sucks. Even though some of my “real” job friends have low-ish salaries, they still out-earn me, considering on a good month, between my two part-time jobs, I generally earn about 2,200 before taxes. Granted, I only pay 500 dollars in rent, which is a big help in the city, but I also have no chance of getting some kind of serious promotion or raise in the future. It’s just shitty job after shitty job, until I find something more permanent.

But I hate admitting this, and the last thing I want is to be pitied and treated differently, so I don’t really talk about it. I make my secretary-ish job sound more serious, and I either never talk about my side job with a pet walking company, or I say I’m doing it to “earn a little extra money,” when it’s often about half of my overall income. And so I get invited to restaurants and bars with everyone else, go on vacations like everyone else, and live as though I had a more stable job. I find that I can’t really talk about my predicament with anyone around here, because even if they pretend to understand, I can see them getting that sad look in their eyes that says “It’ll be okay, you’ll find something,” even though I have no idea if I will. I’m just different than they are, even if they don’t want to acknowledge it to my face.

I don’t think I’m stupid, and I don’t think anything is wrong with me. I just haven’t been lucky, and I haven’t capitalized on the few opportunities I had in the right way. I don’t want to go to law school by any means, but my parents keep insisting that it would be a good thing for me to do. Or, I will become a teacher. Whatever I do, I will have to find a solution in the next year or so, before I become a pariah in the employment world because I’ve been “undesirable” for so long. And until then, I will just be the girl without a real job, faking it through until I make it.”